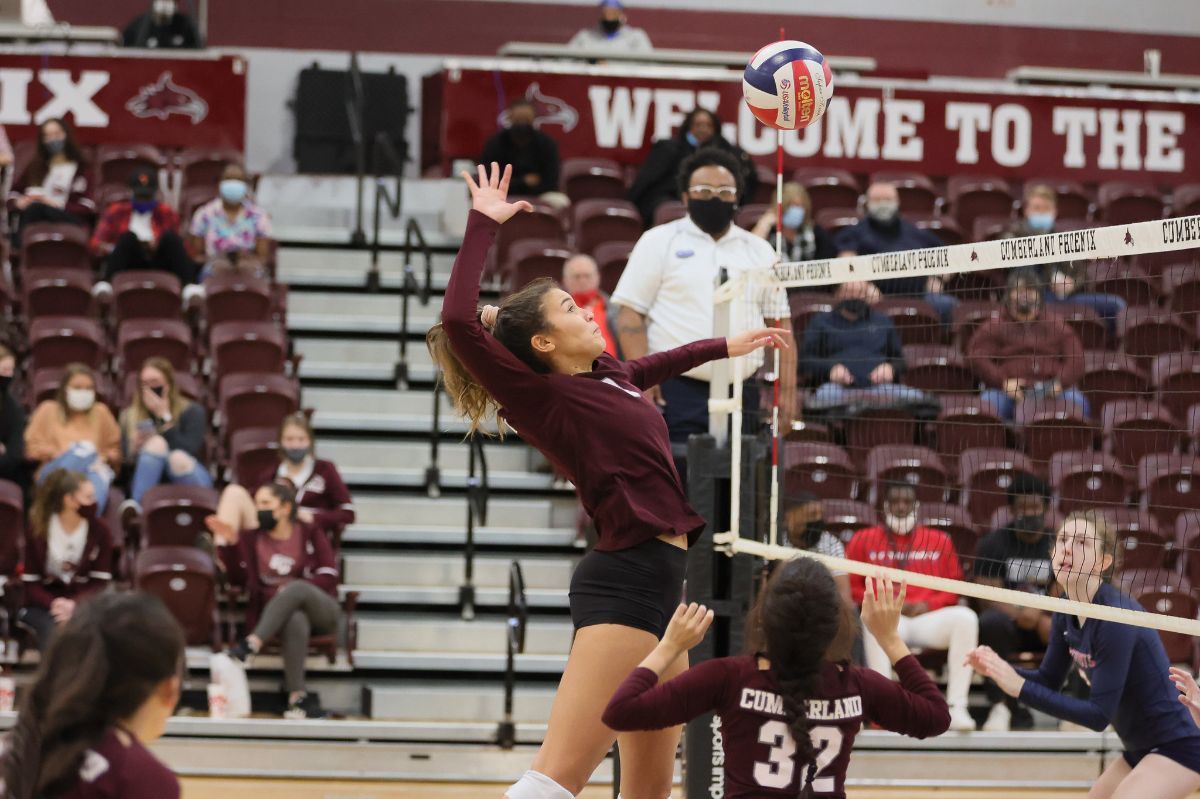 The Phoenix started the first set with a big lead out of the gate at 8-4 with back-to-back service aces from Victoria Johnson. A few errors from the Lions gave Cumberland a 13-7 lead in the set. Samantha Holguin put the Cumberland Women ahead 18-11 with a heavy spike. The Phoenix continued the success on the attack going on a 7-4 run to take the first set 25-15.

The second set was much closer than the first until the 5-5 mark. Cumberland took advantage of Freed-Hardeman's errors to take a 9-5 lead. The Lions battled back to take a 12-11 lead over the Phoenix. Back-to-back kills from Sydney Pearce gave the Phoenix a 17-15 lead over the Lions. Cumberland trailed Freed-Hardeman 20-18 late in the set. Following a timeout, the Phoenix charged back to tie the set at 23-23. Kills by Victoria Johnson and Nicole Carey secured the second set victory for Cumberland over Freed at 25-23.

The third set went similarly to the first as the Cumberland Women jumped out to a 7-3 lead early. Two consecutive kills by Lauren Galvan gave the Phoenix a 10-5 lead. The Cumberland attack continued to provide points after a Victoria Johnson kill gave them a 17-9 lead. The Phoenix went on an 8-2 run to take the third set 25-11 and the match 3-0 over the Lions.

As a team, Cumberland had an impressive hitting percentage of .330 compared to Freed's .074. The Phoenix also recorded more kills with 45 than the Lions with 27. The Cumberland Women also had an efficient day digging the ball with 42 digs.

The Phoenix are set to take the court at home on Monday, Mar. 29, against Bethel University at 7 p.m.