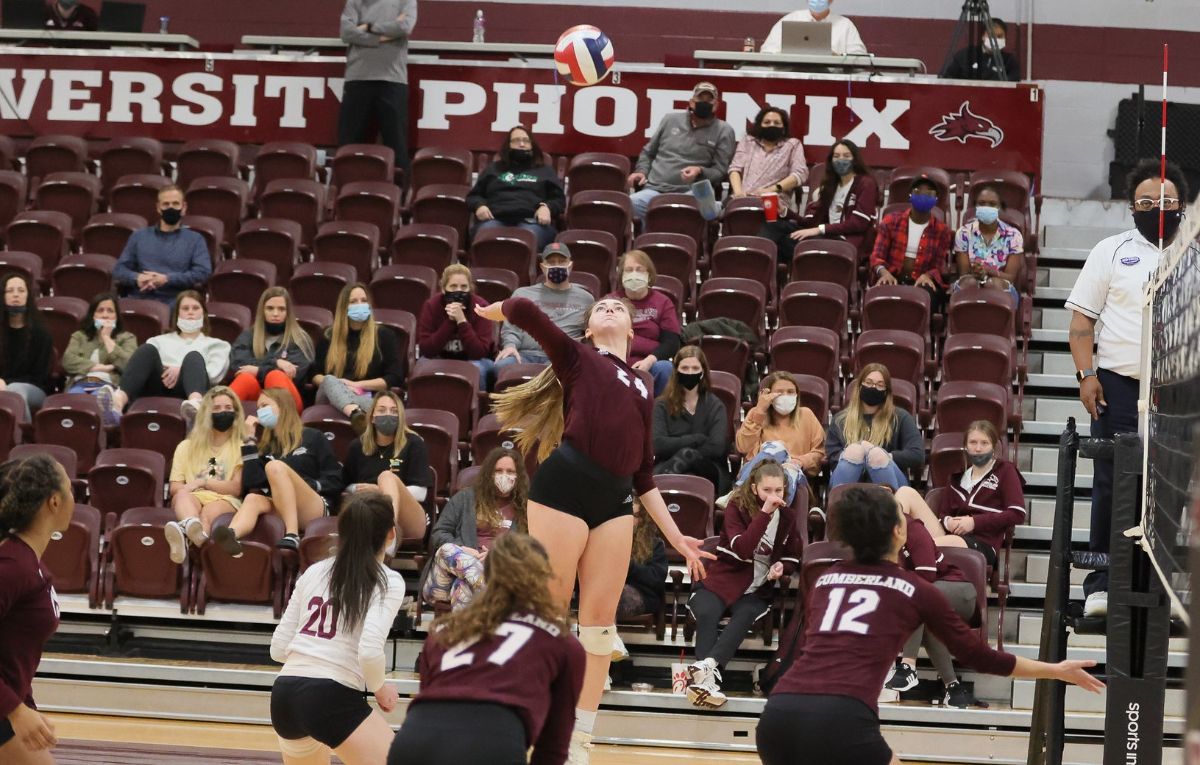 Set two was a much more back and forth set at the start. Cumberland jumped out to an early 3-2 lead over Life with a spike from Lauren Galvan. The Running Eagles gained some momentum and went on a 7-3 run to take a 9-6 lead in the set. The Phoenix went on a run of their own to retake the lead at 10-9 after Jovana Cernjanski connected on a service ace. Life continued with success on the attack to go up 21-14 on Cumberland. The Running Eagles took set two 25-17.

Set three did bode well for the Phoenix. Cumberland was down 6-2 to Life out of the gates. Life was running a very efficient attack and was outscoring the Phoenix to take a 12-6 lead. The Life lead continued to grow to nine at 18-9. Cumberland kept fighting to get back into the set, but Life's attack had all the momentum. The Running Eagles took the third set, 25-14.

The Phoenix and the Running Eagles went back and forth in the fifth set until Life led 5-3. Cumberland battled back to cut the lead to 6-5 on a kill by Isabella Curcio. The Life attack went on a 3-0 run to grow the gap to 9-6. Cumberland fought back to get into the set once again after an attack error by Life made the score 14-12. The Running Eagles went on to win the set 15-12 and the match 3-2.

As a team, Cumberland had 50 kills across the five sets. The Phoenix also had a .144 hitting percentage. Individually, Lauren Galvan led the Phoenix with 13 kills. Nicole Carey also had a solid outing with 12 kills. Bianca Rodriguez led the team with 24 assists the day after she registered her 1000th career assist. Defensively, Victoria Johnson led Cumberland with 14 digs. Also with double-digit digs was Sadie Edmontson with 12.

The Phoenix are back at it at home tomorrow in the last game of the regular season against Georgetown College at 1 p.m.