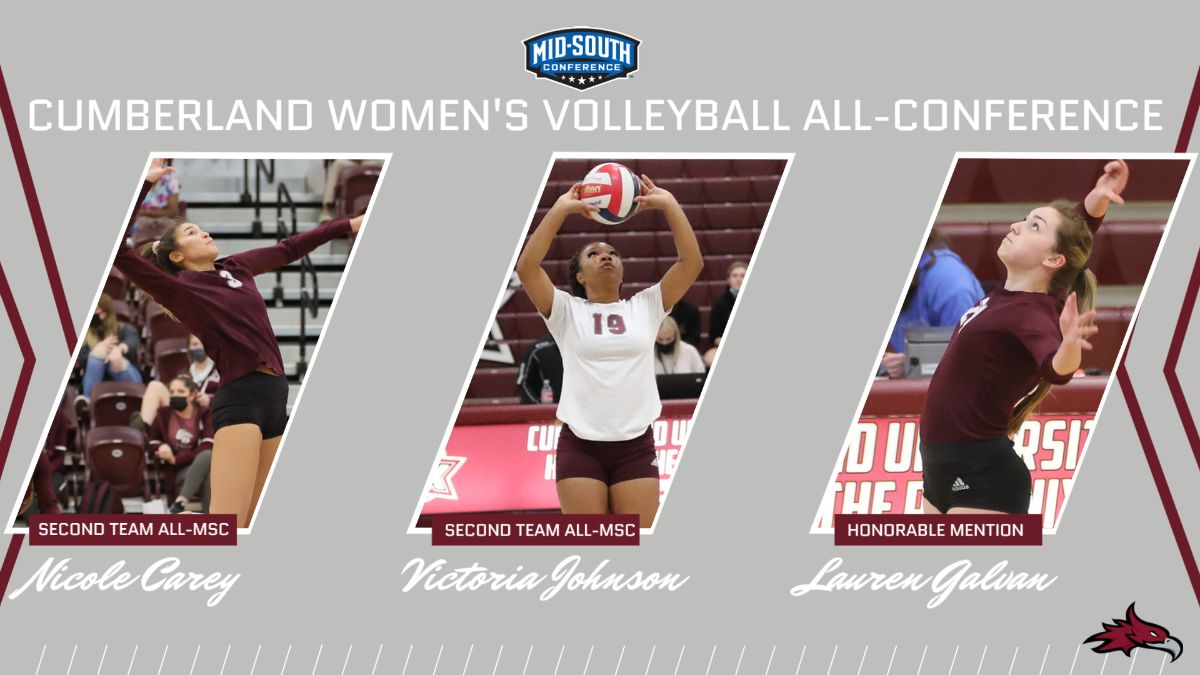 Carey has recorded a team-high 207 kills ranking 15th in the conference, 2.3 kills per set. The Bloomfield Township, Mich., native has registered 53 blocks which also ranks her 15th in the Mid-South. She posted a game-high 14 kills twice this season, once against Bethel and once against Freed-Hardeman.

Johnson ranks first on the team in assists this season with 659 assists, 38th nationally, while also having the 12th most aces in the country with 45. She has played a pivotal role offensively and defensively racking up 104 kills and 250 digs. Johnson earned Mid-South Conference Setter of the Week three times this season.

Galvan had a strong freshman campaign posting the club's second-most kills this season at 186. She posted double-digit kills in seven matches this season and had 11 digs against the University of the Cumberlands. She also had 20 services aces on the year.

Cumberland will begin play in the Mid-South Conference Tournament tomorrow against the University of the Cumberlands at noon.

The conference coaches voted on the yearly awards along with the all-conference teams. Coaches were not allowed to vote for their own players.