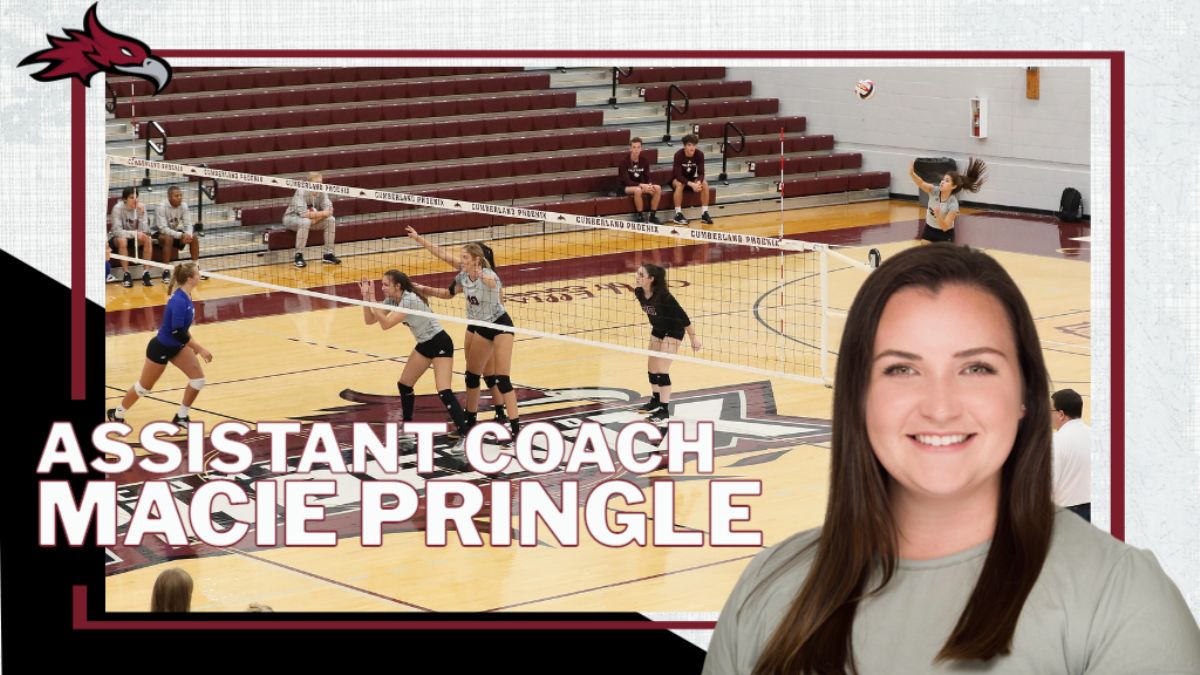 Pringle joined the staff in January 2021, she has helped with recruiting, practice plans, player development, scouting reports, along with several other duties. She assisted the Phoenix last season to an 11-win year with three players being mentioned on the All-Mid-South Conference teams.

Prior to Cumberland, Pringle was the head of Summit North Volleyball Club in Whitesboro, TX. During her time there she was able to adjust training based on the skill level of athlete’s performance, as well as, helping the fundamental skills in their respective positions. She worked the 17 and 13-year-old teams.

Pringle was also the graduate assistant at Southeastern Oklahoma State University, where she led and planned all-skill training in beginner, intermediate, and advanced athletes. Also helping train the defensive specialist twice a week based on their performance in previous games or practice.

She was also the education coordinator for Parallon, where she scheduled and coordinated events for executives and physicians all across the country.

The Thompson's Station, Tenn., native, started coaching prior to graduating from North Alabama. She worked at Alliance Volleyball club prior to working as the head JV and freshman and assistant women's volleyball coach at Ravenwood High School. Ravenwood's varsity program finished as Class AAA State Runner-Up the year she was there.

Pringle was a four-year defensive specialist at the University of North Alabama, where she was received honors and was on the Dean’s list all four years. She earned the UNA Academic Award for having a 3.25+ GPA.