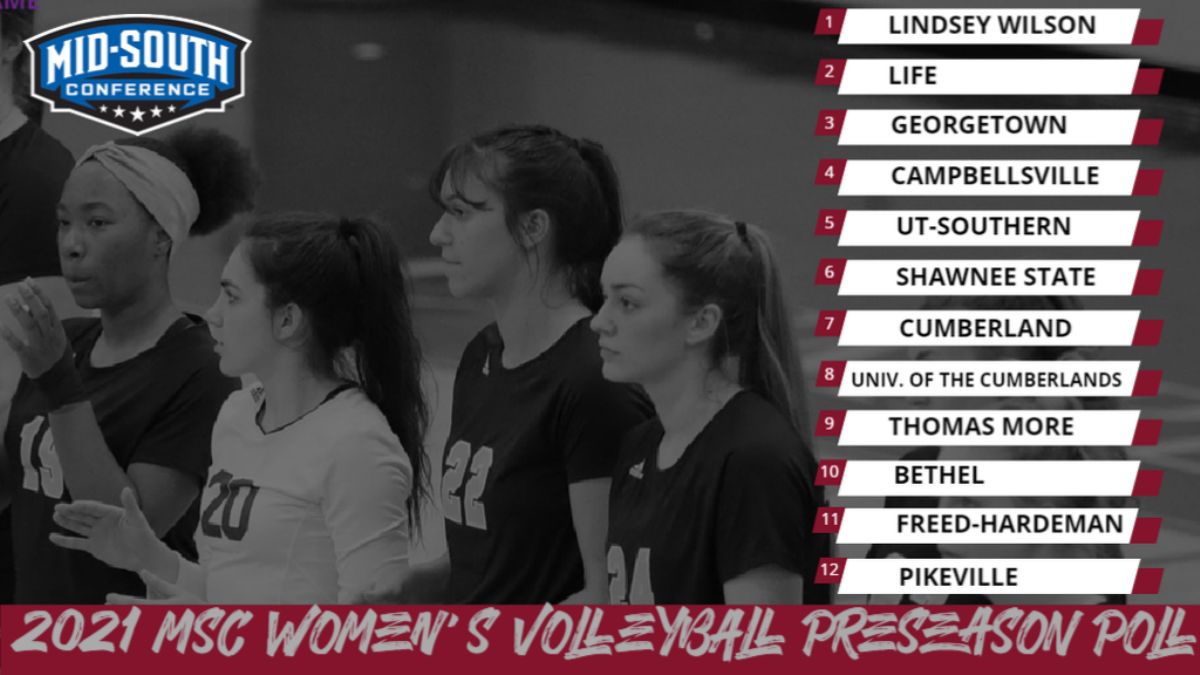 Cumberland finished last season 11-18 and 8-8 in conference play. The Phoenix returns majority of their roster from last season including three All-Conference performers.

Lindsey Wilson has been selected as the preseason favorites to win the Mid-South Conference Volleyball regular-season title. The Blue Raiders tallied 121 points in the poll and 11 of the 12 first-place votes. The Blue Raiders captured both the MSC regular season and tournament titles a season ago and reached the final site at the NAIA National Championship.

The Phoenix sit in seventh in the polls with 59 points and Cumberlands comes in at eighth after earning 50 points.

Thomas More is ninth with 48 points while Bethel is slotted 10th with 42 points. Freed-Hardeman is slotted 11th with 26 points and Pikeville rounds out the preseason poll with 11.

Cumberland opens up the season at the Vette City Classic in Bowling Green against Brescia on August 20th. The Phoenix will have their home opener and conference opener on September 10th in the Dallas Floyd Phoenix Arena against Thomas More.