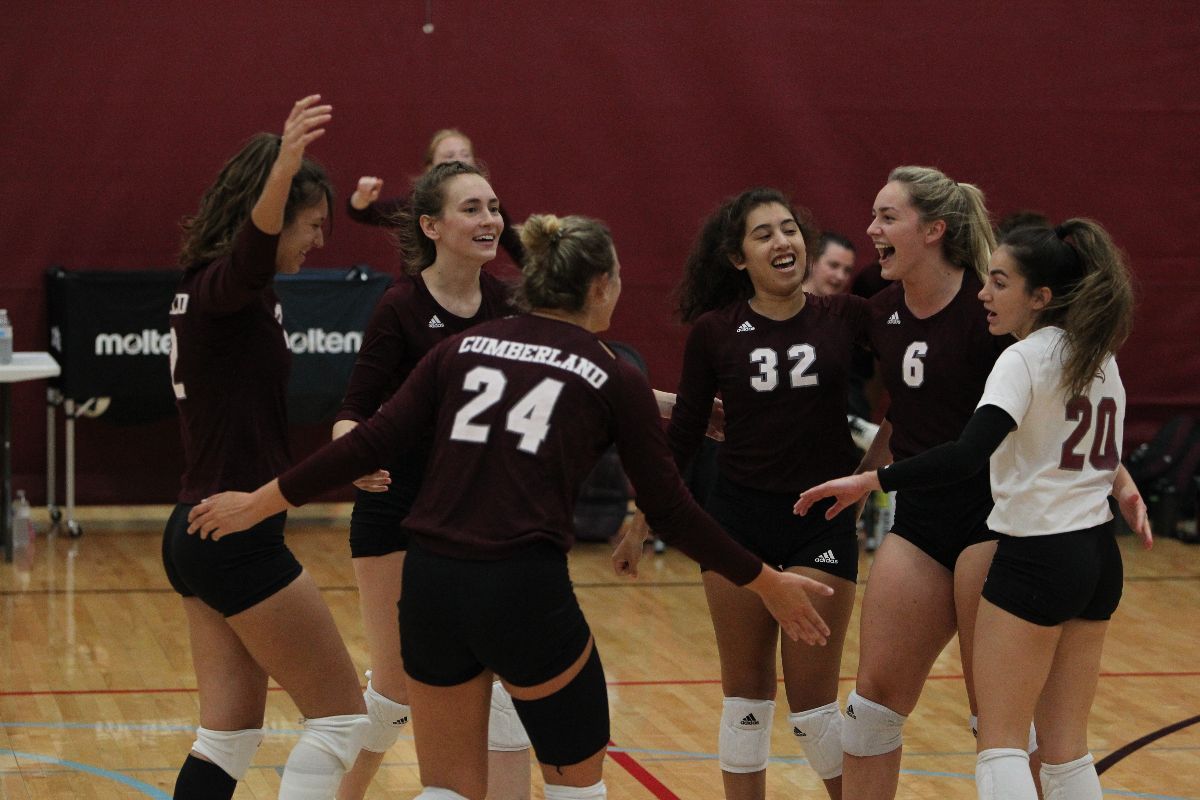 BOWLING GREEN, Ky.--Cumberland women's volleyball picked up their second sweep of the season in the first match and took one set from No. 16 Marian University falling to 2-2 at the Vette City Classic.

Phoenix took a quick 3-0 sweep over Florida College in the first match of the day. Cumberland had an astounding .500 hit percentage in the first set of the day to set the tone for the match. The Phoenix played clean defense on the back side, with just three receiving errors on the match and no block errors to help CU get the quick win.

Cumberland dominated the first set from the opening serve. The Phoenix took the first four points of the match before a service error, but a kill from Bianca Rodriguez propelled CU into a 4-1 run to force Florida College into a timeout trailing 8-2. Out of the timeout, Cumberland went on a 6-2 run to go up 14-4. Leading 18-8, Cumberland would go on another 4-0 spurt with two kills from Cheyenne Corey over the span and would cruise to the first set win at 25-11.

The second set was the most competitive of the match, Cumberland jumped ahead quickly 3-1, but the Falcons posted a 7-2 run to go up 8-5. The Phoenix rallied back with four straight points with kills from Nicole Carey and Lauren Galvan with two attack errors by FC to take a one-point 9-8 lead. Tied at 15-15, a 6-2 run by the Phoenix with kills from Galvan, Carey, and two from Isabella Curcio would give Cumberland enough separation to hold on to get a 25-20 win.

The Phoenix took advantage of five Florida College errors in the third set to jump ahead 8-2. Leading 9-4, Cumberland would post a 3-0 spurt with kills from Galvan and Maddie Perez to go up by eight and would quickly extend the lead to 10 where it would stay for the remainder of the match and the 25-15 set three win and sweep of Florida College.

Galvan led the attack efforts for CU in the first match with 12 kills followed by Corey with seven kills and Perez with six. The Phoenix hit .326 on the sweep and handled 36 digs from the Falcons attacks led by Sadie Edmonston's eight digs. Cumberland also posted a season-high 14 blocks from the front row in the win.

Cumberland started the match with No. 16 Marian sluggishly allowing the Knights to get up 8-2 in set one. Cumberland had a 4-1 run to cut into the lead and make it 11-7, but that was as close as CU would get in the first. After two Knight kills, the two sides swapped points until 18-11. Cumberland would get one point for every Marian two points for the remainder of the set as the Knights took the first one 25-15.

Marian held an early 5-4 lead in set two before Cumberland took the lead with a 4-1 run to go up 8-6. The Phoenix would extend it to 12-7 with kills from Perez and Carey and an ace from Edmonston. The Knights would go on a 6-0 run to go up 13-12 taking advantage of three CU errors in the spurt. CU would retake the lead at 17-16 with a kill from Carey, but the Knights responded with a 6-1 run again taking advantage of two errors mixed in with two aces from the Knights Ainsley Neighbors. Leading 23-18 after the big run, Marian would close out set two, 25-21, and take a 2-0 lead.

Cumberland broke through to get the third set win as the team took advantage of seven Marian attack errors. The Phoenix posted their best hit percentage of the match at .407 with 13 kills. Harley Kate Reid and Galvan each posted five of their kills in the set to carry the team offensively. Cumberland picked up separation between Marian with a 5-1 run late in the set to make it 23-18 before Galvan recorded a kill and an ace to win the set, 25-19.

The Phoenix had nine attack errors in the fourth set to put themselves in a hole they could not climb out of. The Knights held a 9-8 lead when NAIA All-Americans from a season ago Skylar Van Note and Sarah Spangler helped the Knights explode for a 8-2 run and take a commanding lead. Cumberland would cut to a 20-15 deficit, but Marian closed out the match on 5-1 run to take the victory.

Galvan had a game-high 13 kills while Harley Kate Reid posted 12. Bianca Rodriguez and Victoria Johnson each had 20 assists while Luciana Arena picked up three blocks. Sadie Edmonston registered 16 digs in the match.

The Phoenix will be back in action in the Viking Invitational hosted by Missouri Valley College in Marshall, Missouri next Friday and Saturday. Cumberland is set for four matches against Benedictine, the host Missouri Valley, Williams Baptist, and Stephens College.