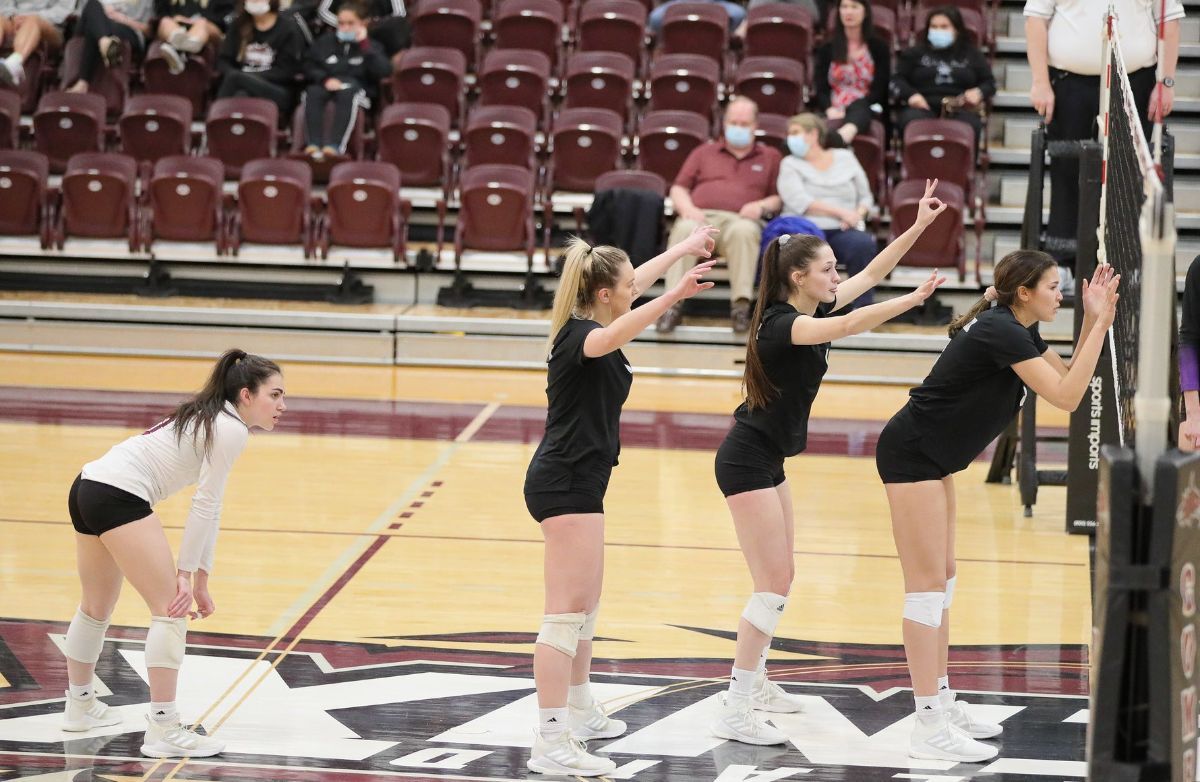 Cumberland earned two victories in dominant fashion 3-0 over at the Viking Invitational
Benedictine ( ) at Cumberland ( ) | 0,
Cumberland University ( ) at Missouri Valley ( ) | 0,

MARSHALL, Mo.-- Cumberland Women's Volleyball earned a pair of 3-0 match victories on Friday at the Viking Invitational against Benedictine College and Missouri Valley College. The Phoenix have won four out of their first six matches of the year with 3-0 victories.

Cumberland sweeps the match over Benedictine 3-0 on three very tightly played sets. Luciana Arena led the charge tallying eight kills on 11 total attacks resulting in a .729 attack percentage. Other top performers for the Phoenix include Bianca Rodriguez, Victoria Johnson, and Sadie Edmonston. Rodriguez posted a total of 20 assists while Johnson recorded 12 of her own and Edmonston was able to record 15 digs.

The first set started out with a lot of back and forth action getting the set to an even 14-14. After an attack error by the Phoenix and a kill by Benedictine, the Phoenix followed it up with a run for 10 unanswered points to make the score 24-16. Benedictine tried to make a strong comeback effort by putting together their own seven-point run to bring it back to a 24-23 score. Cumberland finished off the set with a kill by Isabella Curcio to finish set one 25-23.

The Phoenix started out strong in set two scoring their first four points on three kills and a service ace taking a 4-2 lead. Later on, in the set Benedictine went on a five-point run to take an 11-7 lead. The Phoenix did not back down from the deficit almost immediately after going on their own seven-point run to retake the lead, 18-14. Benedictine put up one more effort recording another five-point run but ultimately Cumberland held on in set two, 25-23.

In set three, the Phoenix took advantage of four Raven's errors to go on a 6-1 run helping them gather an early 9-5 lead. Cumberland never looked back as Benedictine was never able to tie or take the lead for the remainder of the set. CU posted a solid effort with a .357 hit percentage on 28 attacks and just two errors. Cumberland would go on to win the set 25-22 after multiple two to three-point runs by both teams.

Cumberland started the first set on fire out of the gate, jumping out to an 8-3 lead. A combination of two Harlee Kate Reid chipped in a pair of kills to go along with errors from Missouri Valley contributed to the early run. The Vikings started a comeback against the Phoenix, but a kill by Lauren Galvan got the Phoenix back on track. Incoming transfer Harlee Kate Reid continued the Phoenix roll with three kills to give the Phoenix a 21-13 advantage. The Vikings attempted comeback ended on a heavy spike from Isabella Curcio that gave the Phoenix their first set victory of the match 25-20.

The Phoenix continued on their roll into the second set, jumping out to a 7-4 lead on seven straight kills by Maddie Perez, Nicole Carey, and Harlee Kate Reid. The Cumberland attack continued to put pressure on Missouri Valley with an 8-4 run to take a 16-8 lead. A big swing from Lauren Galvan gave the Phoenix a commanding 21-11 lead over the Vikings. Cumberland left the window open for Missouri Valley, though, as they climbed back into the match at 23-18. The Phoenix women were able to hold on after a Maddie Perez kill assisted by Bianca Rodriguez gave them another 25-20 set victory.

Cumberland continued their trend of fast starts beginning the third set with a 9-2 lead. Attack errors by the Vikings contributed four points to this run. Missouri Valley was able to battle back to trail by three to the Cumberland women 12-9. The Phoenix turned the tide of the match with two kills from Lauren Galvan made it a 15-9 margin. The Phoenix run continued as they won the third and final set by a score of 25-20. Victoria Johnson assisted on the final three kills down the stretch to ensure a Phoenix victory.

The Cumberland Women's Volleyball team looks to continue their hot streak into tomorrow's matches at the Viking Invitational against William Baptist University at 1 p.m. and Stephens College at 3 p.m.