Carey garners Attacker of the Week 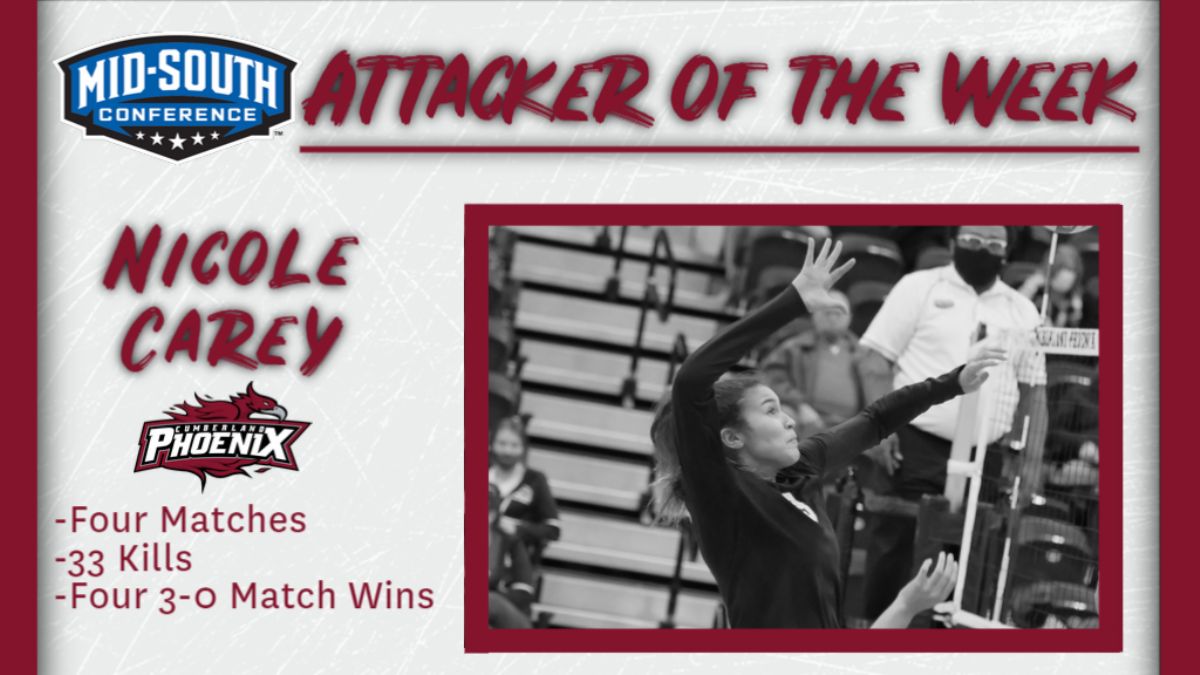 LEBANON, Tenn.--Cumberland’s Nicole Carey posted 33 kills in four matches at the Viking Invitational, helping the Phoenix to a 4-0 record and earning Mid-South Conference Women’s Volleyball Attacker of the Week honors, announced Monday by the league office.

Carey finished the week with an astounding attack percentage of .418 in the tournament.

This is her first weekly honors this season and second in her career.

Cumberland will travel to Mishawaka, Indiana to take part in the Bethel University Fall Classic this weekend. They will take on Concordia (Mich.), Cornerstone University (Mich.), University of St. Francis (Ind.), and Grace College (Ind.).