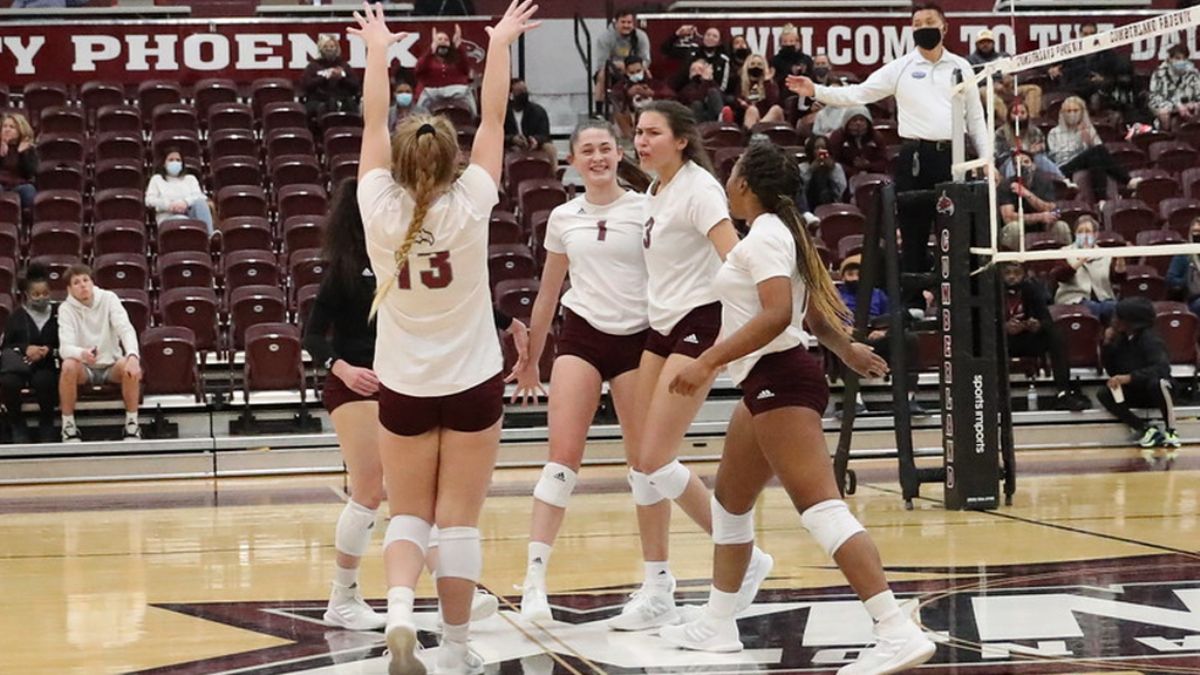 Despite not playing the cleanest match of the season against Concordia, CU was able to pull off a tough win. Cumberland had 17 attack errors to go along with 19 service errors and had to play from behind in cases, but pulled it out. When the Phoenix got a clean attack off though they played efficiently registering a .306 hit percentage for the match.

Trailing 8-6 in the first set against Concordia, Cumberland went on a seven-point run to take control of the first set. Cumberland registered three kills over the spurt by Isabela Curcio and two from Harley Kate Reid while Luciana Arena recorded a block and Bianca Rodriguez had a service ace. After the two sides swapped points 19-15, Concordia was able to get back in the set with a 4-1 run to just be down by one, but Cumberland was able to close out the set with a 5-0 run, 25-19.

Cumberland started off slowly in the second set giving up six consecutive points to open it up. The Phoenix rallied back and chipped away to tie the match at 11-11. Trailing 15-14, CU went on a 6-1 run taking advantage of three Cardinals' errors with two kills from Reid and Arena. Edmonston capped the run with an ace. Curcio caught fire at the end of the set with three straight kills to win 25-20.

The Phoenix and Concordia played a tight third set. Cumberland gave a way several points due to unforced errors. The game stayed within two points the whole match as both teams would take the lead and give it up, but ultimately the Cardinals took the third set, 25-23.

Concordia carried that momentum into a fourth set win as the Cardinals jumped up early on Cumberland. Trailing 10-4, Cumberland rallied with a 6-3 run to cut close as Lauren Galvan picked up two kills and Sadie Edmondston had back-to-back aces. Cumberland cut it tow 14-12 with kills from Nicole Carey, but CU couldn't close the gap any further. Concordia would win the set 25-18 to tie the match at 2-2.

The fifth set Cumberland started off slow, but would battle back in it. With Concordia leading 6-5, the Phoenix went on a 8-2 run to take a commanding lead and would close the match winning 15-9.

Match two went more like as planned with a clean sweep of Cornerstone. Cheyenne Corey reached 10 kills in the second match while Curcio added eight in the match.

Cumberland started the second match with a 5-0 run early to go up 7-3, but the Golden Eagles strung eight straight points together to retake the lead. Down 15-11, Cumberland exploded for 10-1 run to take the lead. Throughout the run Bianca Rodriguez picked up three aces while Carey, Curcio, and Victoria Johnson all posted kills. CU would finish out the set with a 25-21 win.

CU dominated early on in set two going iup 5-1 quickly. Leading 10-7, Cumberland would not let Cornerstone get any closer as the Phoenix went on a 10-2 run to take a commanding lead. Cornerstone tried to get back in at on set point for Cumberland rattling off five straight points, but Cumberland finally got the kill from Lauren Galvan to win 25-18.

Tied eraly on in the third set, Cumberland would take advantage of nine Golden Eagles errors to close out the match and win 25-17.

Cumberland will continue action in the Liz Hossler Labor Day Classic tomorrow morning starting at 8:00 a.m. against St. Francis and will conclude the tournament at noon against Grace College.