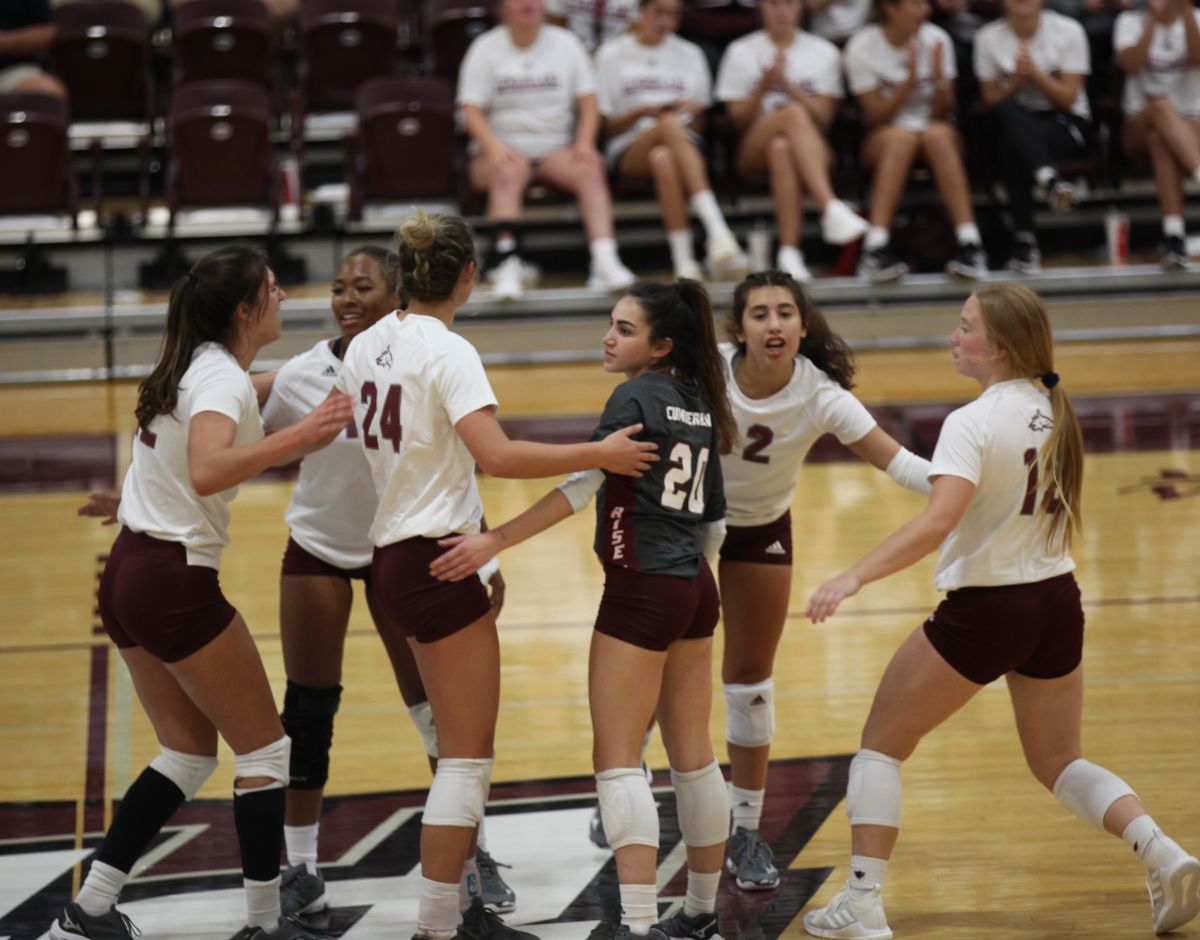 Cumberland Women's Volleyball earned a 3-1 home opener victory over Bryan College on Tuesday night. The win marks the ninth Phoenix victory in a row this season.

Cumberland started the first set in a 4-2 hole after Bryan earned three straight points off Phoenix errors. The team rebounded, eventually taking a 14-11 lead after a heavy spike from Cheyenne Corey. Nicole Carey added a kill on an excellent play to put the Phoenix up 16-13. The Lions fought back into the set, forcing the Phoenix to make five errors sequentially. Bryan College continued on its run to win the first set 25-22.

Set two brought about a change of momentum in the match. Cumberland jumped out to a 10-4 lead, which included a run of three kills from Luciana Arena. The Lions fought back with a few kills of their own to trail 14-10. Four straight kills assisted by Victoria Johnson gave Cumberland a 19-20 lead. The Phoenix rolled to a 25-16 set victory on a big swing from Nicole Carey.

The Phoenix continued their dominance in the third set of the match leaping out to a 10-6 lead after back-to-back kills from Nicole Carey. Sydney Pearce and Cheyenne Corey chipped in kills to give the women a 15-9 advantage. A hard smash from Corey ensured a 25-19 set victory for the Phoenix.

Cumberland repeated their performance in the fourth set of the match. A heavy attack from Cumberland forced Bryan into six errors early, giving the Phoenix an 11-3 advantage. Victoria Johnson contributed two kills in a row to expand their lead 14-8. Harlee Kate Reid contributed two excellent kills down the stretch to bring the CU lead to 24-17. Cumberland went on to win the set 25-20 and the match 3-1 over Bryan College.

Luciana Arena had a fantastic match, registering 14 kills and a .550 attack percentage. Not too far behind Arena was Cheyenne Corey, who finished the match with 11 kills on 24 total attacks for a .292 attack percentage. Leading the Phoenix in assist was Bianca Rodriguez, with 28 total on the day. Sadie Edmontson also had a great performance with 30 digs, ten assists, and a service ace.