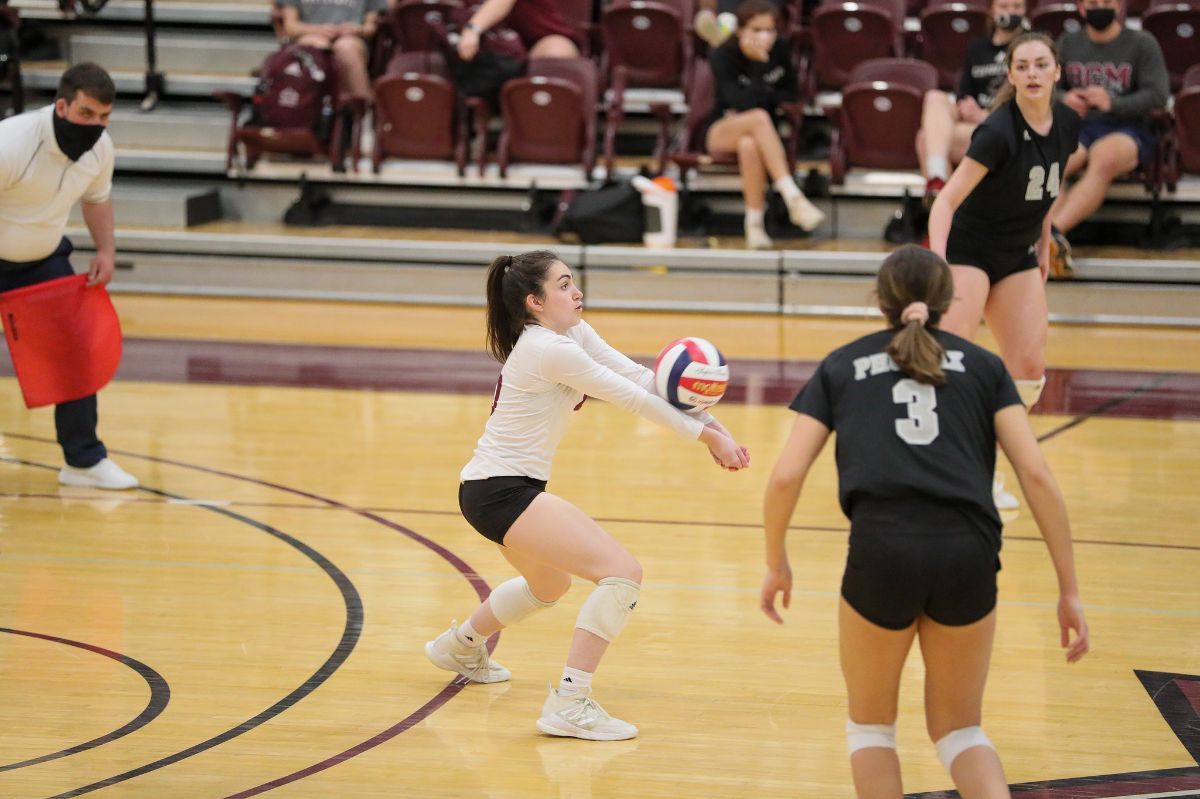 Cumberland opened with a 3-1 lead in the first set following a service ace from Bianca Rodriguez. The Phoenix continued their early momentum with an aggressive play style that forced the Saints into attack errors. A kill by Nicole Carey gave Cumberland a 10-4 lead early in the set. The Saints fought back, going on a 4-2 run to trail 12-8. Errors began to hurt the Saints once more as five straight errors gave the Phoenix a 19-13 advantage. Cumberland took the first set 25-19 on an attack error by Thomas More.

Cumberland continued the trend of fast starts in the second set. A mix of kills by the Phoenix and errors by the Saints saw Cumberland on top 7-2 early. A series of back-to-back kills from Luciana Arena expanded the Cumberland lead 9-5. The Saints fought back into the set, narrowing the Phoenix lead to 11-8. Kills by Isabella Curcio and Nicole Carey grew the CU lead to 13-8. Thomas More went on a big run to take an 18-16 lead. The Cumberland women battled their way back into the set, taking a 23-22 lead after a hard spike from Nicole Carey. Two straight Thomas More attack errors ensured a 25-23 Cumberland set victory.

The third set began with another Phoenix run with a 6-2 advantage in the beginning. Two kills from Luciana Arena and one from Lauren Galvan made the difference early on. The Phoenix would hold the four-point advantage after a service ace from Sadie Edmontson brought the lead to 11-7. Cumberland continued on their impressive run after a kill by Harlee Kate Reid added to the lead 18-14. Thomas More fought back with a few kills of their own to cut into the deficit 18-17. The Saints took a late 21-19 lead after a few errors from the Phoenix. Thomas More went on to win the set 25-22. Sawyer Lorentz had a big set with seven kills to help give the Saints their first set victory.

The fourth set did not go Cumberland's way. A series of errors and an intense Thomas More attack saw the Phoenix down 10-3. Cumberland went on a bit of a run capped off by a Harlee Kate Reid kill to trail 14-7 in the set. The Thomas More attack went on another run and did not look back, winning the set 25-11.

Cumberland started the fifth set down 4-2 to Thomas More. The Phoenix battled back into the set at 7-5 after a kill from Harlee Kate Reid. The Saints took a commanding 11-7 lead late after a service error from Cumberland. The Phoenix showed fight, battling back into the set while going on a 4-1 run to tie it up 12-12. Thomas More finished off the set with a kill from Emily Mohls to win 15-13.

Lauren Galvan and Nicole Carey led the Phoenix overall with ten kills apiece. Carey had a solid attack percentage of .310 throughout the match. Leading the Phoenix in digs was Sadie Edmontson with 32 in total. Bianca Rodriguez and Victoria Johnson led Cumberland in assists with 20 and 19, respectively.

Cumberland's next match comes in a home bout against Shawnee State on Sunday, Sept. 12 at 1 p.m.