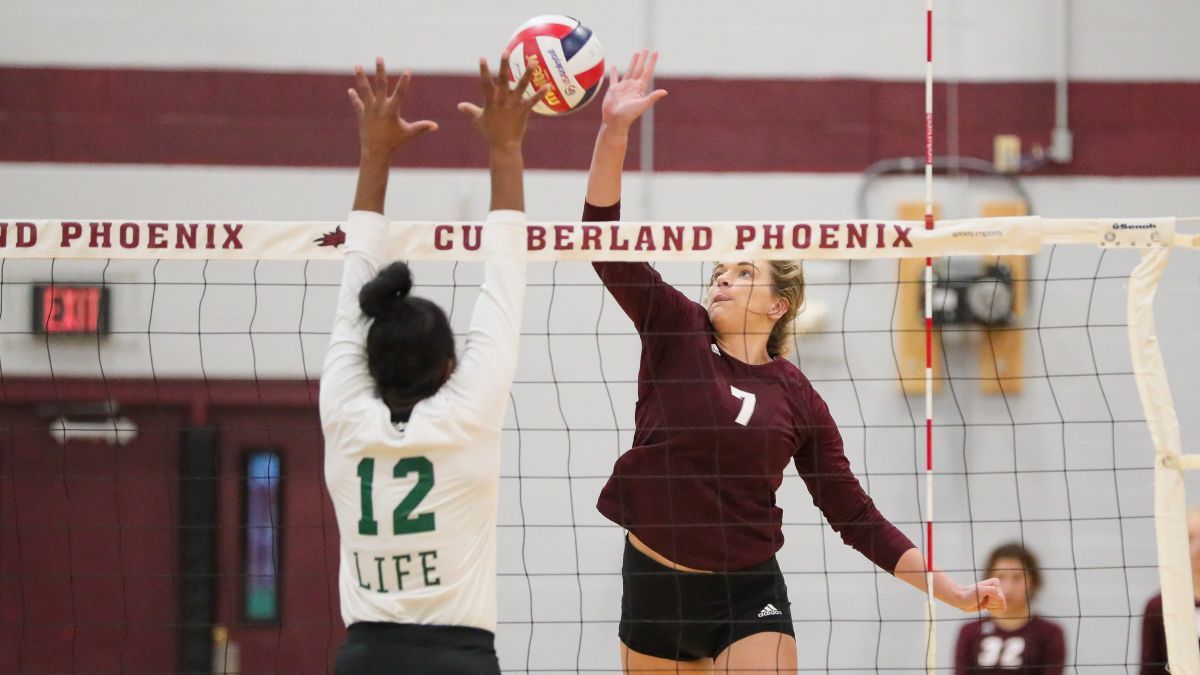 Cumberland began the first set in a 5-1 hole after attack errors gave Life the advantage. The Running Eagles continued to put up points on the Phoenix until a kill by Harlee Kate Reid ended the run at 10-4. The pressure put on by the Life Attack made it hard for Cumberland to score. The Running Eagles led the set 21-7 at one point before taking it 25-10.

Cumberland went into the second set, keeping it close with Life. The Phoenix trailed 5-3 early after a kill from Nicole Carey. Life went on a 7-3 run to claim a 12-6 lead and a stronghold on the set. Cumberland trailed 24-14 and attempted to make a comeback with five straight points to make the score 24-19. The Running Eagles took set two 25-19 following an attack error by the Phoenix.

The third set was much different from the first two. The Phoenix started on a roll with a 4-2 lead after a kill from Carey. Life got back in the set, tying it up at 7-7. The two teams traded points for some time to bring the score to 18-18. Cumberland went on a 5-2 run to take a 23-20 lead, but Life came back to lead 24-23. The Phoenix pulled it together and re-established a 25-24 lead on a big swing from Sydney Pearce. Cumberland pulled off the comeback, winning the set on a kill from Isabella Curcio after a long rally 26-24.

Individually, the Phoenix had three players with double-digit kills. Harlee Kate Reid led the way with 11 kills, while Luciana Arena and Sydney Pearce with ten, respectively. Bianca Rodriguez led all of the Phoenix with 22 assists, followed by Victoria Johnson with 21. Sadie Edmontson had another solid night defensively with 34 digs across the four sets. Johnson and Reid also chipped in 14 digs each.

Cumberland next takes the floor on the road at Tennessee Southern on Saturday, Sept. 25 at 3 p.m.