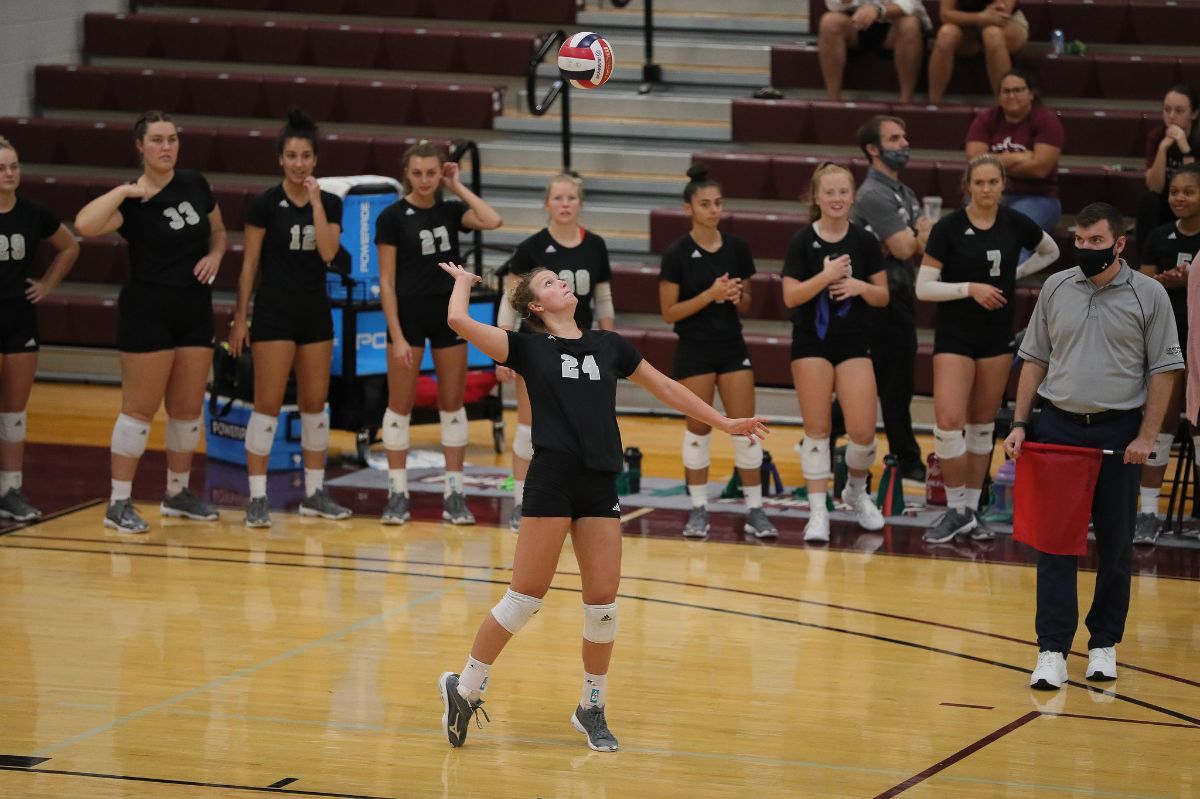 Cumberland started the first set with a 5-4 advantage over Columbia. The Cumberland attack had a solid start, piling on the points en-route to a 13-6 lead. The Phoenix continued to put up a dominant performance throughout the rest of the set, winning 25-8 following an attack error from the Koalas.

Columbia College played it close in the second set, trailing only by one at the 8-7 mark. A heavy spike from Sydney Pearce ignited an 8-3 run to establish a 16-10 Phoenix lead. Cumberland continued to play excellent volleyball on their way to a 25-11 set win on a kill from Nicole Carey.

Cumberland carried some momentum over into the third set as they were firing on all cylinders early. The Phoenix led 11-6 after a service ace from Harlee Kate Reid. The Koalas found a way to battle back into the set and trailed 16-13. The Phoenix retook control of the match and went on a 9-4 run to win the set 25-17 and the match 3-0.

Harlee Kate Reid had a dominant match, recording ten kills in three sets and a hitting percentage of .500. Recording the most assists for Cumberland was Bianca Rodriguez, who tallied 16 on the match. Sadie Edmontson led Cumberland defensively with 12 of the team's 42 digs.

The Phoenix picked up right where they left off in their second match of the day. Cumberland started the first set with a 9-2 lead after an aggressive attack stunned Milligan. The Buffaloes' offense came to life and went on a 5-3 run to trail 11-7. Cumberland's Luciana Arena recorded a big block to give the Phoenix some momentum at the 13-7 mark. The Cumberland women went on to win the first set of the match 25-14.

The second set was very similar to the first as Cumberland lept out to a 13-7 lead. Luciana Arena was a force in this set as she recorded three kills and four blocks in total. The Phoenix took the second set 25-16 after a hard kill from Harlee Kate Reid.

Cumberland started slowly in the third set as Milligan had their first lead of the day at 6-3. The Phoenix were quick to turn it around and went on a 6-0 run to lead 9-6. That was enough to get the team off and running as they held a 20-15 lead following three straight kills from Maddie Perez. Cumberland went on to win the set 25-19 and the match 3-0 after a kill from Nicole Carey.

Perez led the Phoenix with ten kills in the three-set victory and finished with a .500 attack percentage. Bianca Rodriguez led the team in assists for the second straight match with 21 on the outing. Sadie Edmontson chipped in 17 digs in the match to add to her stellar season to this point. Cumberland had an impressive attack percentage as a team with a .240

The Phoenix take the court on Tuesday, Oct. 5 in a Mid-South Conference matchup on the road in Campbellsville, Ky.