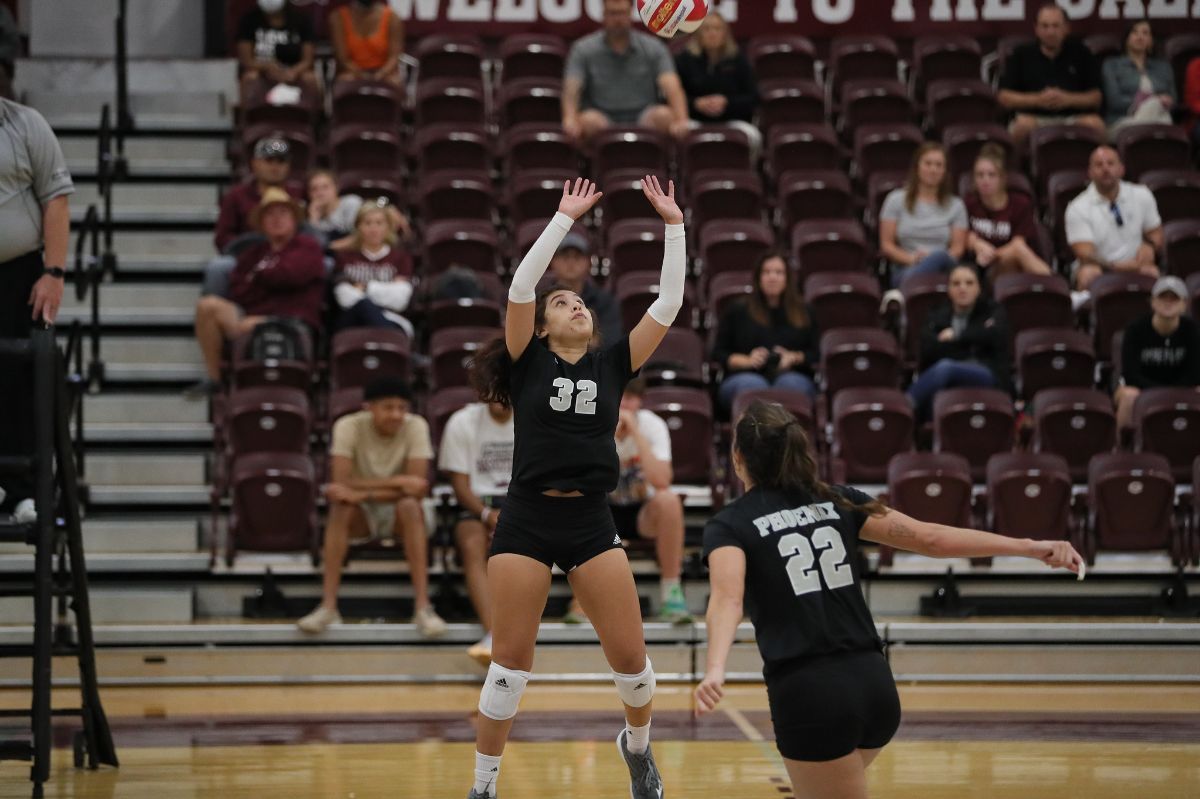 Cumberland (19-5, 6-3 MSC) had to overcome 44 total errors in the match, but the Phoenix determination and never-say-die attitude pulled them back in the match late in sets and the Phoenix closed each set on big runs.

Harlee Kate Reid notched a double-double with 18 digs and a team-high 14 kills. Isabela Curcio also registered double-digit kills with 10. Sadie Edmonston played well on the back line with 29 digs. Victoria Johnson had a team-high 26 assists while Bianca Rodriguez posted 20.

In the first set, Rodriguez eclipsed 500 digs on the season. This is the second time in her career she crossed the 500 assists threshold, the first in 2019 when she had 740 assists.

Georgetown (6-14, 2-7 MSC) was able to take early leads in each set, but could not hold on to them throughout the match. Isabella Hughes led the Tigers in kills with nine. Georgetown's libero Samantha Lincoln registered a game-high 31 digs and Peyton Randolph led the way in assists with 18.

The first set went back and forth until 6-5 with the Phoenix leading, but Geogretown rallied for four-straight points to take a 9-6 advantage. Trailing 12-8, Cumberland went on a 7-1 run posting four kills and an ace over the stretch to take a 15-13 lead. After Georgetown tied the set at 15-15, the Tigers gave Cumberland the lead with back-to-back attack errors. The Phoenix would not give up the lead from that point on to win set one, 25-22.

In the second set, Georgetown jumped out to an early lead. Cumberland scratched and clawed to erase two six-point deficits in the set, but Georgetown ultimately took the set 25-23 to level the match at 1-1. The Phoenix registered 10 attack errors on the set.

Cumberland used a 4-0 run early in the fourth and Georgetown responded with a 5-0 run to bring it to 6-6. Tied at 12-12, Cumberland turned it into another gear and dominated the rest of the match to close out the win on a 13-3 run.

The Phoenix will continue playing on the road tomorrow taking on No. 22 Bethel at 1:00 p.m. and St. Xavier at 6:00 p.m. for first day action in the Lancer Classic hosted by Grace College.