0, at 18:00
Winona Lake, IN
Attendance: 0
Recap Boxscore
Cumberland women's volleyball drops both day one matches 3-2 to start 0-2 in the Lancer Classic 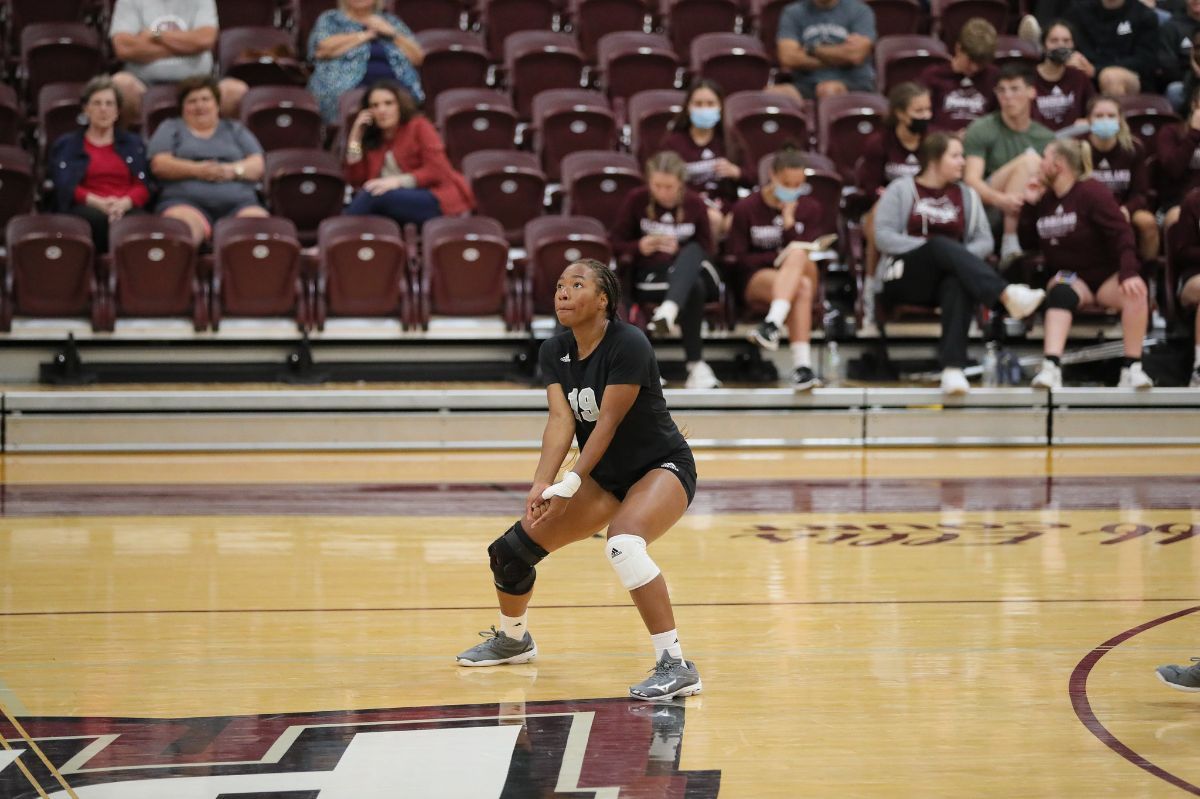 Cumberland played the 22nd ranked team in the country tough but could not seal the deal in the first match at the Lancer Classic. The Phoenix started the first set trailing Bethel 7-4. Cumberland rallied back and tied the set 11-11 with a kill from Victoria Johnson. The two teams played it tight for a while until Bethel took a 22-18 lead late in the set. Cumberland rallied after a timeout and managed to trail 24-23 after back-to-back service aces from Kennedy Pugh. Bethel went on to take the first set 26-24.

The second set was a lot closer as both teams went back and forth throughout. The two teams were tied 14-14 and continued to play a tight set trading points back and forth. Two straight kills from Nicole Carey kept the Phoenix in the match, trailing 18-17. The Pilots held a 22-18 lead, and the Phoenix rallied by going on an exciting 7-0 run to win the set 25-22.

Cumberland and Bethel continued to play neck and neck going into the third set. A kill from Lauren Galvan gave the Phoenix a 9-8 lead early on. A change of momentum occurred as Bethel's attack started clicking. The Pilots outscored the Phoenix 17-7 to take a 25-16 set victory and a 2-1 series advantage.

As they had earlier in the match, Cumberland showed a lot of fight in the fourth set. The team started playing excellent on the attack and established an 8-6 lead early after a kill from Isabella Curcio. The match reached an 11-11 tie, and the Phoenix caught fire. Back-to-back kills by Lauren Galvan completed a 9-4 run and gave Cumberland a 20-16 lead. A big kill from Sydney Pearce sealed the second set for Cumberland 25-20 and took the match to set five.

The Phoenix appeared to run out of gas in the final set as the Pilots established a 7-2 lead early, prompting Cumberland to take a timeout. The Phoenix battled back into the match with a 4-2 run to trail 9-6 following a Bethel service error. In the end, the Pilots attack led them to a 15-8 set victory, securing the match 3-2.

Lauren Galvan had a solid match statistically for Cumberland, with 16 kills and a .227 attack percentage. Joining her with double-digit kills was Isabella Curcio with eleven across the five sets. Bianca Rodriguez recorded 21 assists in the match, her second straight match with 20+ assists. Sadie Edmontson led the team with 27 digs. In the match, Edmontson eclipsed 500 digs this year and is currently in third nationally with 512 on the season.

Unfortunately, Cumberland (19-7) was not able to overcome a total of 30 attack errors and 14 service errors in the matchup against Saint Xavier.

Cumberland jumped ahead early in the match-winning set one but every time the Phoenix won a set, the Cougars had an answer.  Cumberland never seemed to be able to get on a roll as Saint Xavier kept it close the majority of the game. The Phoenix got out to a 2-1 set lead in the match but Saint Xavier eventually took advantage of opportunities given by the Phoenix errors to win the match 3-2.

Victoria Johnson inches closer to the 500 season assists milestone after collecting 16 more in today's matchup to bring her season total up to 495.

Bianca Rodriguez and Sadie Edmonston stand out as other top performers for the Phoenix in tonight's game against Saint Xavier. Edmonston collected 21 digs while Rodriguez tallied 11 of her own and recorded 15 assists.

Saint Xavier (12-1) rallied behind impressive performances from Nadia Atton who tallied 24 kills and 11 digs and Kaleigh Ritter who recorded a game-high 43 assists with 15 digs.

The Phoenix will look to bounce back tomorrow on day two of the Lancer Classic when they take on Grace College at 9:00 a.m. and Trinity International University at 11:00 a.m.