0, at 11:00
Winona Lake, IN
Attendance: 0
Recap Boxscore
Cumberland WVB goes 2-2 in the Lancer Classic after going 2-0 in a dominant day two 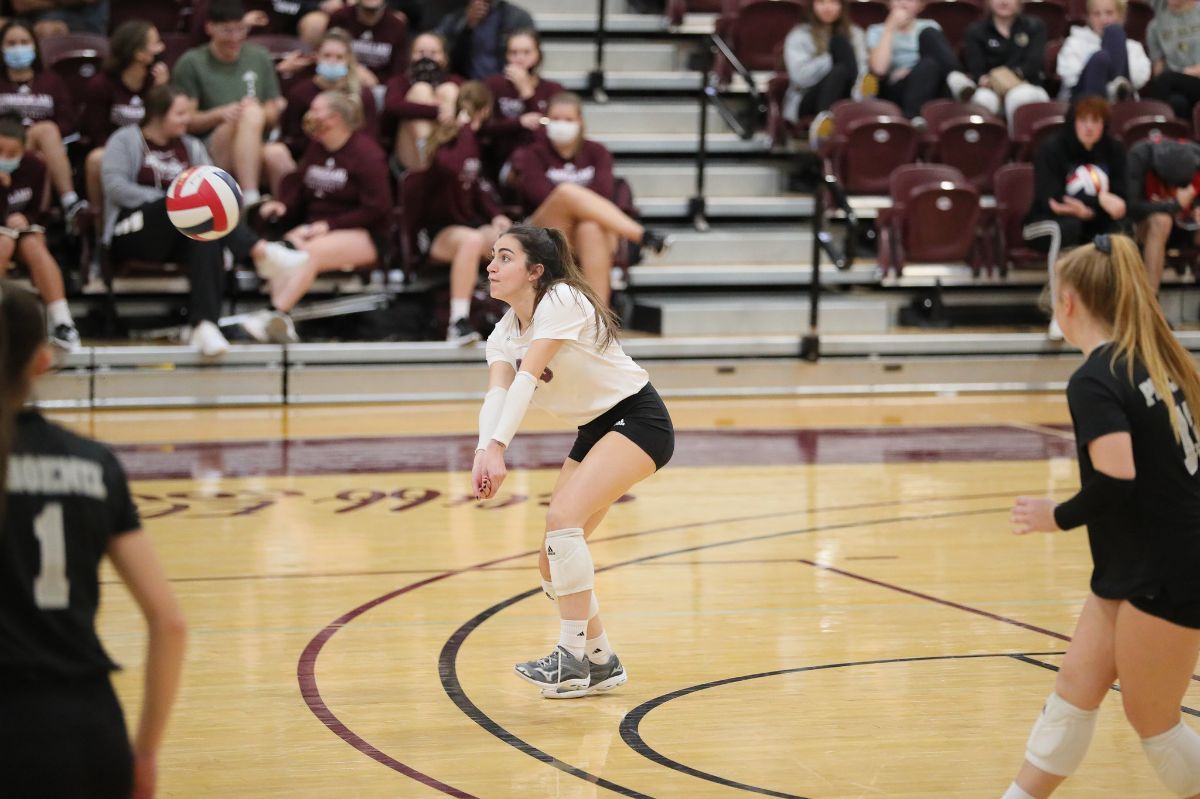 WINONA LAKE, Ind.-- Cumberland women's volleyball picked up a pair of victories on day two of the Lancer Classic. The Phoenix defeated Grace College 3-1 in the first match of the day and followed it up with a 3-0 sweep against Trinity International University to move to 2-2 in the tournament.

Cumberland came into the matchup against Grace College looking to bounce back after a disappointing day one at the Lancer Classic. The Phoenix got off to a slow start losing set one 25-19. The Phoenix had seven attack errors and Grace lead the Phoenix in total kills 15-12 in the set helping Grace jump out to an early 1-0 lead in the match.

Cumberland did not back down though, as they respond with a dominant second set. The Phoenix ran away in set two with a 25-16 game while cleaning up their play a little tallying only four attack errors compared to the seven in set one. Cumberland held Grace to a total of nine kills in the set to slow them down.

The Phoenix kept their foot on the pedal to get their first win of the Lancer Classic over Grace College by a score of 3-1 after winning set four 25-21.

Cumberland libero, Sadie Edmonston, recorded a career-high 38 digs to help lead the Phoenix in the win against Grace College.

Victoria Johnson also achieved a personal milestone in the matchup by reaching a season total of 500 assists. Johnson came into the match against Grace with a total of 495, after recording 25 in the match she brought her total to an impressive 520 for the season.

The Phoenix got off to a very quick start in game two of the day when they went on a 16-2 run in set one against the Trojans to jump out to an impressive 18-6 lead. Cumberland picked up seven kills on their run and tallied three service aces. Trinity International was never able to get anything going as the Phoenix continued to dominate in set one to win 25-11. Kennedy Pugh helped wrap up the match by collecting two late service aces.

Cumberland picked up right where they left off in set two by starting the set on an 11-2 run thanks to four Trojan errors and two Phoenix service aces. The Trojans tried to rally in the middle of the set to bring the score back to 15-10 but the Phoenix were able to capitalize on two set errors by Trinity. The Phoenix rallied behind three straight kills from Lauren Galvan to win set three 25-17.

Set three was different in the fact that the Phoenix trailed for the majority of the set. The largest Trojan lead was three points all the way up until a 14-13 lead when they rallied for a 7-1 run to take a 20-14 lead over the Phoenix. Cumberland immediately responded with a 7-1 run of their own to tie the game back up a 21-21. Back and forth action by both teams lead the score to 26-26 when the Phoenix finally pulled away after a kill by Harlee Kate Reid and a Trinity attack error to complete a 28-26 win and a 3-0 Phoenix sweep.

Cumberland Sophomore Harlee Kate Reid was named to the Lancer Classic all-tournament team after adding 12 more kills to her impressive weekend totals in the win against Trinity International.

Lauren Galvan and Victoria Johnson also helped lead the Phoenix to their win over the Trojans. Galvan recorded 15 kills and two digs while Johnson collected 21 assists and five digs.

The Phoenix will be back at home Tuesday, October 12 when they take on Freed-Hardeman University.