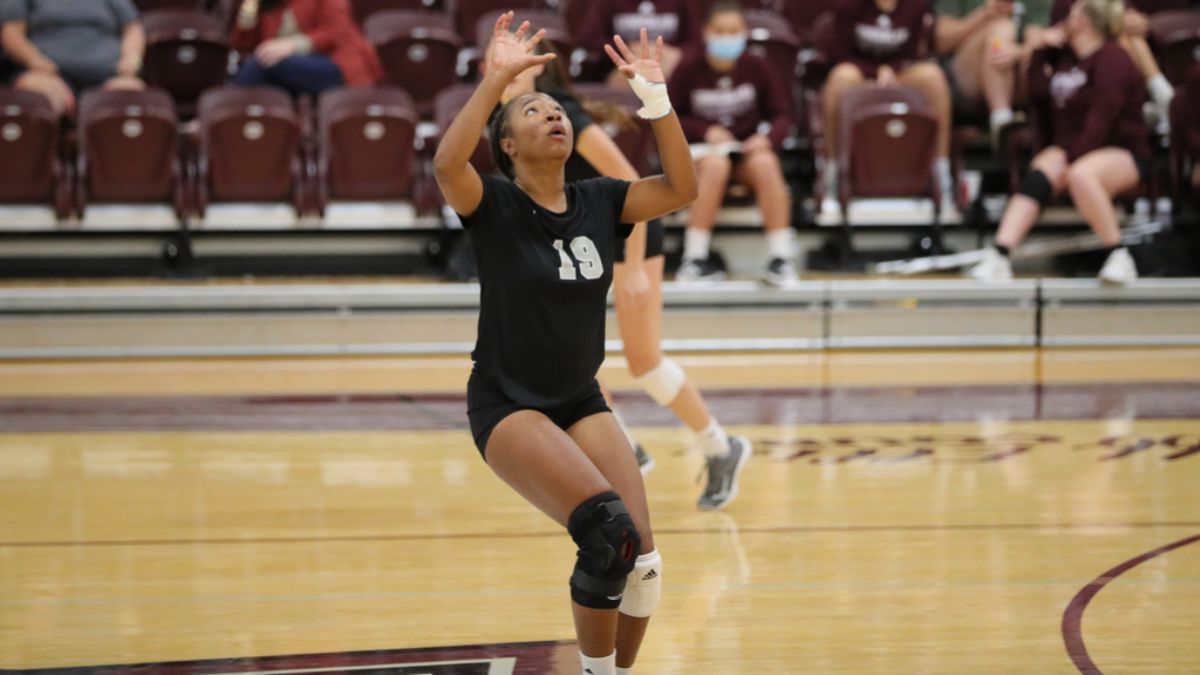 Cumberland (22-8, 7-4 MSC) struggled offensively tonight posting their second lowest hit percentage on the season .091. The Phoenix committed 24 attack errors to contribute to their low mark offensively. The loss drops Cumberland into fifth in the conference polls with five Mid-South matches to go.

On the flip side, Lindsey Wilson (16-4, 9-2 MSC) posted 43 kills and just nine attack errors for a hit percentage of .374. The win moves them up to second in the conference standings just behind Life University.

Alexis Smith and Radaisy Valdez led the way for the Blue Raiders offensively with 12 kills and 9 kills a piece. Camyrn Rich had a match-high 34 assists and Lauren Lazalere had 14 digs.

Cumberland jumped out to a 4-1 lead in set one before the Blue Raiders rallied back to tie it at 7-7. After back and forth points, Lindsey held an 11-10 lead when they used a 6-1 run to take control of the set. The Phoenix took two of the next three points, but another 6-1 run gave the Blue Raiders a 24-14 lead and they would close it out at 25-16.

The Blue Raiders jumped out to a 5-2 lead in the second set. A kill from Curcio, an attack error from Lindsey Wilson, and an ace from Kennedy Pugh tied it. Lindsey Wilson used another 6-1 run to go up 12-7 and, like the first set, after Cumberland took two of the next three points, Lindsey responded with another 6-1 stretch to go up 19-10. Cumberland rallied back to a deficit of four after four different Phoenix posted kills and Bianca Rodriguez notched back-to-back aces. Lindsey would take four of the next five points to get to 24-17, the Phoenix fought to not give up the set, but Lindsey closed it at 25-20 to win the set and take a 2-0 lead.

After both teams split the first two points, Lindsey Wilson exploded for a 17-2 run. Cumberland would fight back to cut into the lead, but the Phoenix dug themselves to big of a hole in the third set to overcome the lead allowing Lindsey Wilson to sweep Cumberland.

The Phoenix will look to bounce back against No. 12 Life University next Wednesday in Marietta, Ga.