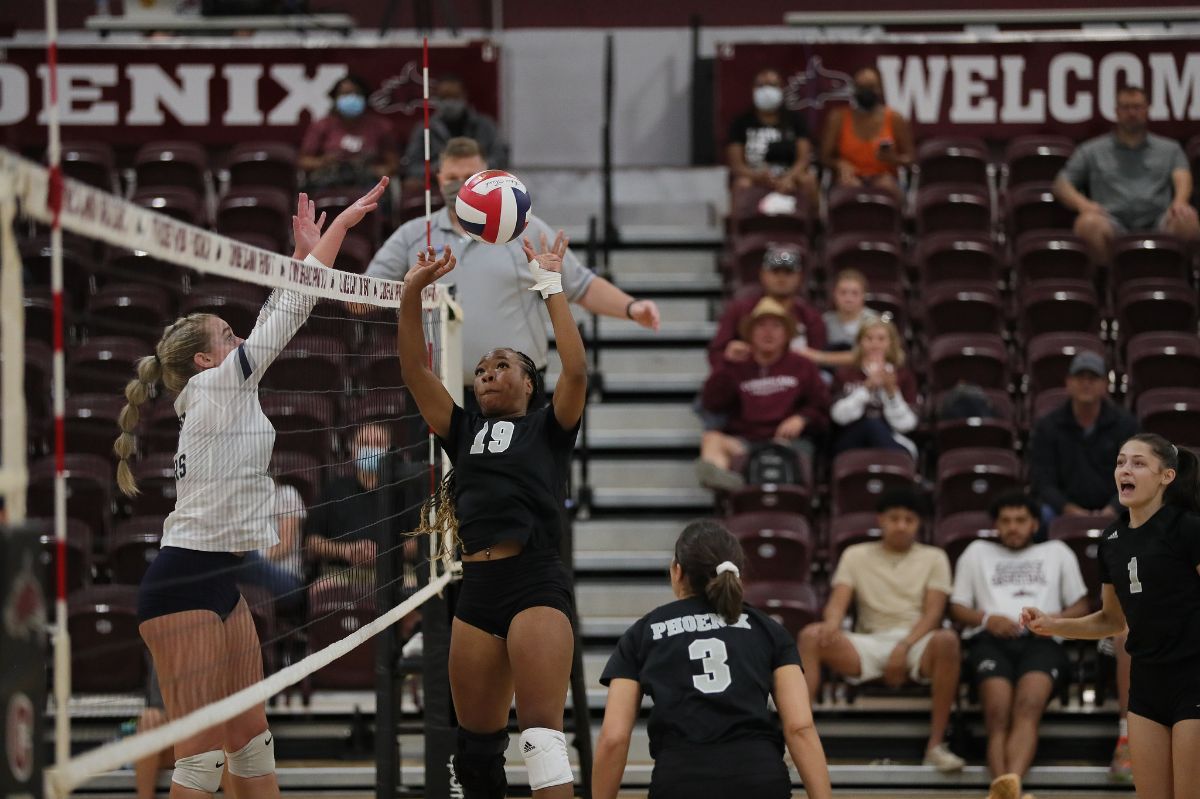 Cumberland opened the first set by leaping ahead to a 10-7 lead over Bethel. Slowly but surely, the Wildcats worked their way back into the set, eventually claiming a 14-13 lead. The Phoenix committed many attack errors in the set, which led to Bethel earning a 25-18 set victory. Cumberland had a hitting percentage of -.062 in the first set.

The second set was much better for CU as the women established a 10-7 lead. Sydney Pearce had two kills in the first ten points. Bethel battled back and took a 14-12 lead. This led to a series of back and forth scoring between the two teams, with neither side giving up much ground. The Phoenix eventually established a 23-21 lead, and two kills by Nicole Carey sealed the Phoenix set victory of 25-23.

Bethel came into the third set on a roll, jumping out to a 9-4 lead over Cumberland. A 5-1 run by the Phoenix brought the score to a 10-9 Wildcat lead. The teams once again went point for point with each other for the rest of the set, with Bethel claiming a 27-25 set victory.

Cumberland bounced back in the fourth set in a big way. The Phoenix played almost flawlessly and held a 10-2 lead early. Cumberland continued scoring and did not look back in the set, winning 25-11 on a pair of kills by Pearce to close out the set. Cumberland had a team attack percentage of .231 in the set and looked dominant throughout.

The Phoenix carried that momentum over to the final set as they started out the deciding set with a 6-4 lead. Cumberland went on a 5-2 run with help from errors on Bethel's end. The Phoenix attack fired on all cylinders and rattled off three straight kills from Samantha Holguin, Isabella Curcio, and Harlee Kate Reid to lead 13-6. The Phoenix went on to win the set 15-8 and the match 3-2 on a beautiful service ace from Bianca Rodriguez.

Nicole Carey had another excellent match with 12 kills, and a .333 attack percentage. Victoria Johnson also had an outstanding performance recording a triple-double with ten kills, 21 digs, and 18 assists on the match. Sadie Edmontson led the team in digs with 22 total over the three sets. With the win, Cumberland ties their all-time highest win total in a season of 24 which happened in 2010.

Cumberland returns home for the last time during the regular season to face Fisk University on Thursday, October 18 at 7 p.m.