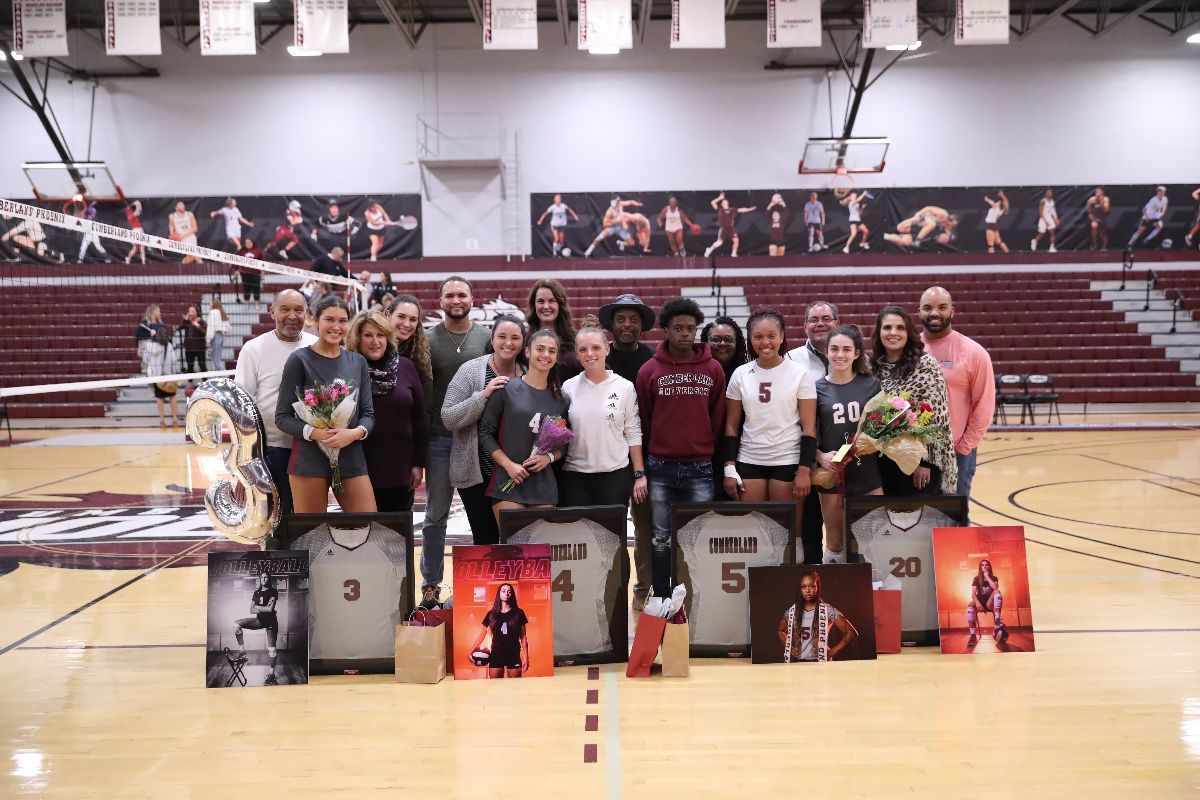 LEBANON, Tenn.-- The Cumberland Women's Volleyball program (25-9, 9-5 MSC) put on quite a dominant showing in a 3-0 victory over the Fisk Bulldogs on Senior Night.

CU started the first set slow as a quick three points from Fisk saw the Phoenix down 3-1. Cumberland rattled off a quick 5-0 run to reclaim the lead 6-3. The run included two kills from Sydney Pearce. From that point, the team was off and running. Nicole Carey chipped in three straight kills to give Cumberland a 9-5 advantage. Fisk battled back into the set to trail 13-10. From that, point the Cumberland attack was borderline unstoppable, going on a 12-2 run to win the set 25-12.

Fisk started on the attack with three straight points to begin the second set. The Phoenix managed to produce a 5-2 run to claim a 5-4 lead. The Phoenix built on their early momentum to take an 11-7 lead following a big kill from Sadie Edmontson. Cumberland continued on their run to take a 20-14 lead in the set, which put them in the driver's seat. Lauren Galvan recorded two straight kills to give the Phoenix a 25-15 set victory.

To begin the third set, Kelci Williams put on the Libero jersey which allowed Sadie Edmontson to take on a hitting roll. Nicole Carey also had the opportunity to serve in the set. Cumberland was up 3-0 after a series that included two kills by Luciana Arena and Lauren Galvan. CU continued with their excellent play as they climbed to a 10-4 lead in the set. The Phoenix went on a 9-5 run to take a commanding 19-9 lead. The Cumberland women took the third and final set 25-16 over Fisk.

In her last appearance for the Phoenix at the Dallas Floyd Phoenix Arena, Nicole Carey put on an excellent performance, leading the team in kills with 12 while recording a .480 hitting percentage. Bianca Rodriguez led the team in assists with 18 throughout the match. Sadie Edmontson led the team with 13 digs and also recorded a kill. With the win, Cumberland has earned 25 total wins in the regular season, their highest all-time.

The Phoenix hit the road on Thursday, Nov. 4th with a match at 6 p.m. against the University of the Cumberlands.