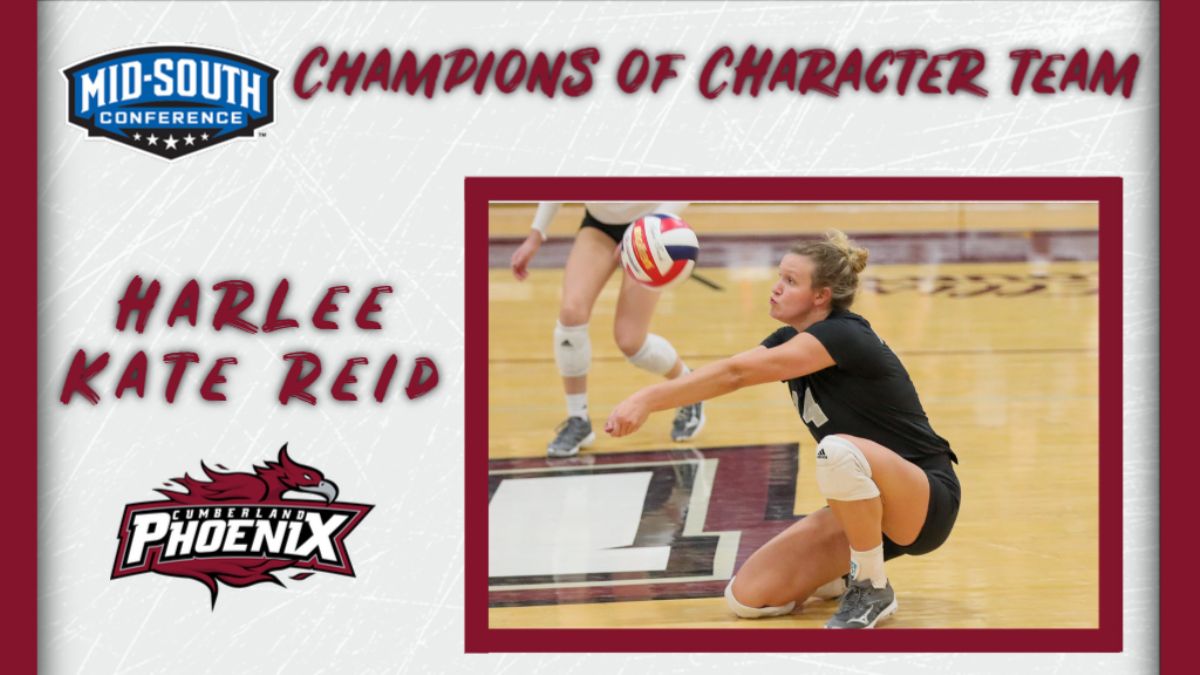 Sophomore Harlee Kate Reid is a native from Hayden, Alabama who just transferred to Cumberland this fall from Wallace State Community College. So far this season, Reid has been named to the Viking Invitational All-Tournament Team and is second on the team with 270 kills. Reid has also tallied 244 digs and 13 service aces for the Phoenix this season.

Cumberland will begin Mid-South Conference Tournament play on Thursday against the University of Pikeville at 10:00 a.m.