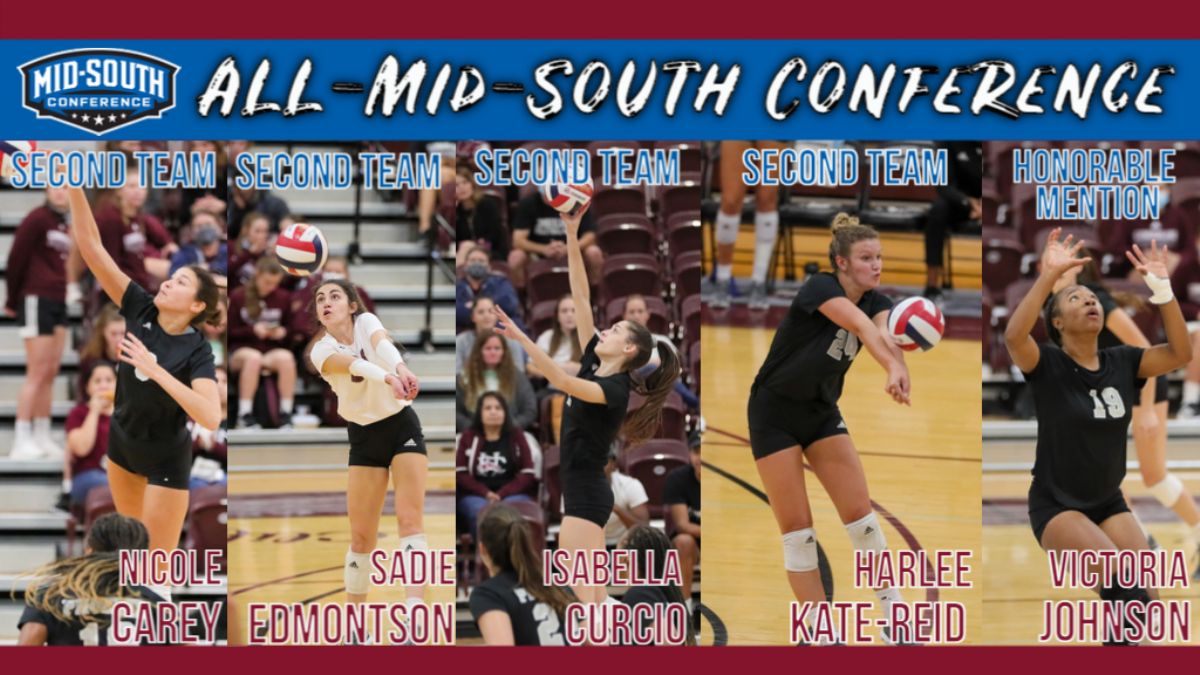 Senior Nicole Carey had an excellent season with the Phoenix, earning her a spot on the All-Mid-South Second Team. She led Cumberland in kills with 286 total on the season and a hitting percentage of .365, the 17th highest in the nation and second highest in the Mid-South. Carey also led the team in blocks with 111 on the year, the second-highest total in the Mid-South.

Junior Isabella Curcio joins Carey on the All-Mid-South Conference second team after a season where she recorded 267 kills across 36 matches, the third-highest mark on the team and 12th highest in the conference. Curcio also averaged 2.23 kills per set, which ranked her fourth on the team.

Sophomore Harlee Kate Reid transferred to Cumberland ahead of the 2021 season from the JUCO ranks and earned a spot on the All-Mid-South Conference Second Team in her first year with the program. Reid finished second on the team with 270 kills across 34 matches which slots her at 11th in the conference. The outside hitter also recorded 244 digs on the season, the third-highest total on the team.

Senior Sadie Edmontson earns a spot on the All-Mid-South Conference Second team after an amazing season to this point. The Libero had one of the third most digs in the nation, with 721 total. She also has the highest total in the conference, with 145 more than the second-best total of 576 by Life's Marin Black. Edmontson also has the third most service aces on the team and in the conference with 45 on the year.

Sophomore Victoria Johnson earns All-Mid-South Conference Honorable Mention honors after a season where she recorded 721 total assists across 36 matches, the fifth-highest mark in the conference. The Setter also had a solid season from the service line, where she led the Mid-South with 51 service aces. Johnson also recorded a triple-double this season in a match on the road against Bethel.

14 women's volleyball student-athletes earned Academic All-Conference honors given to students of at least sophomore classification with above a 3.25-grade point average.

As a team, the Phoenix finished the season with a program record of 27 wins and nine losses. Cumberland Also went 11-5 in the Mid-South which gives them the fifth seed in the Mid-South Conference tournament.

The Phoenix takes on the 12th seeded Pikeville Bears in the first round of the Mid-South Conference tournament on Thursday, Nov. 11 at 10 a.m. in Bowling Green, Ky.