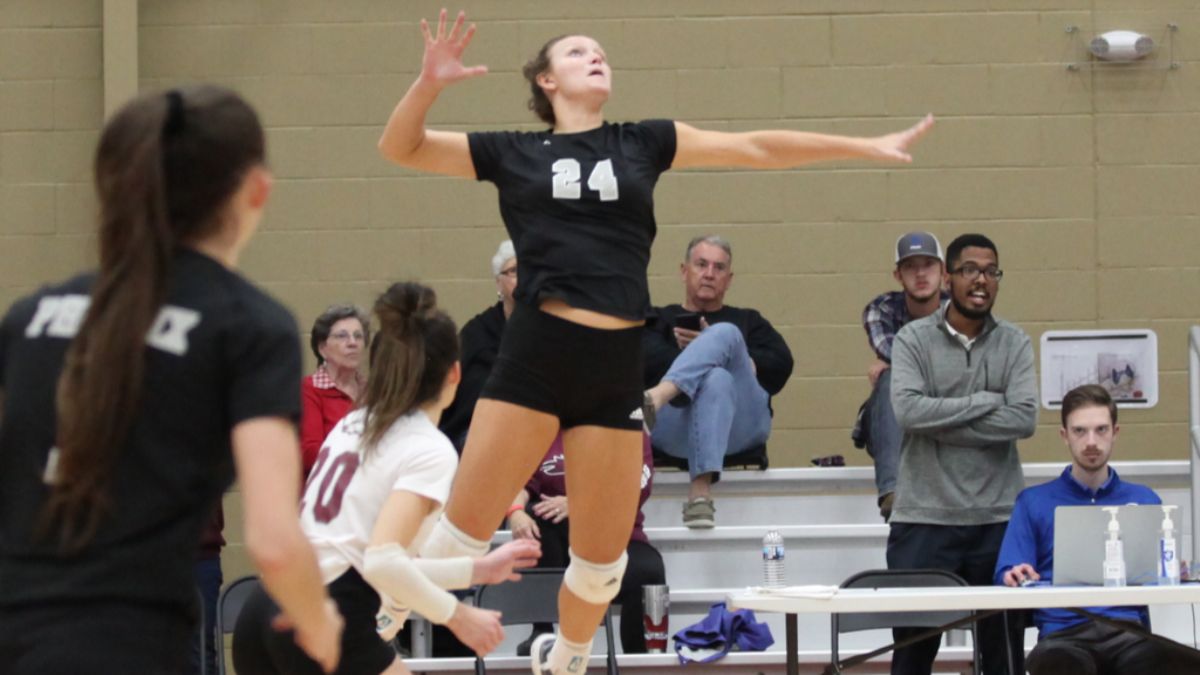 Harlee Kate Reid and Nicole Carey posted huge matches combining for 28 of Cumberland's 48 team kills. Reid had a match-high 15 kills with a hitting percentage of .480. Carey recorded 13 kills on 20 attacks for a .650 hit percentage.

Victoria Johnson and Bianca Rodriguez picked up 42 assists together. Johnson had a team-high 22 while adding five kills, nine digs, and three aces.

Sadie Edmonston had a team-high 12 digs on the match while Rodriguez added seven and Shea Moore had six.

Campbellsville (22-7) was led by Cierra Merrick with 11 kills as the Tigers hit .184 on the match with 16 attack errors. Paige Merrick had a match-high 30 assists and Salma Gonzalez-Sosa with 19 digs.

The second set was a battle as neither team could gain momentum. The Phoenix wound up winning in extra points 29-27 and held off the Tigers in the third set 25-21.