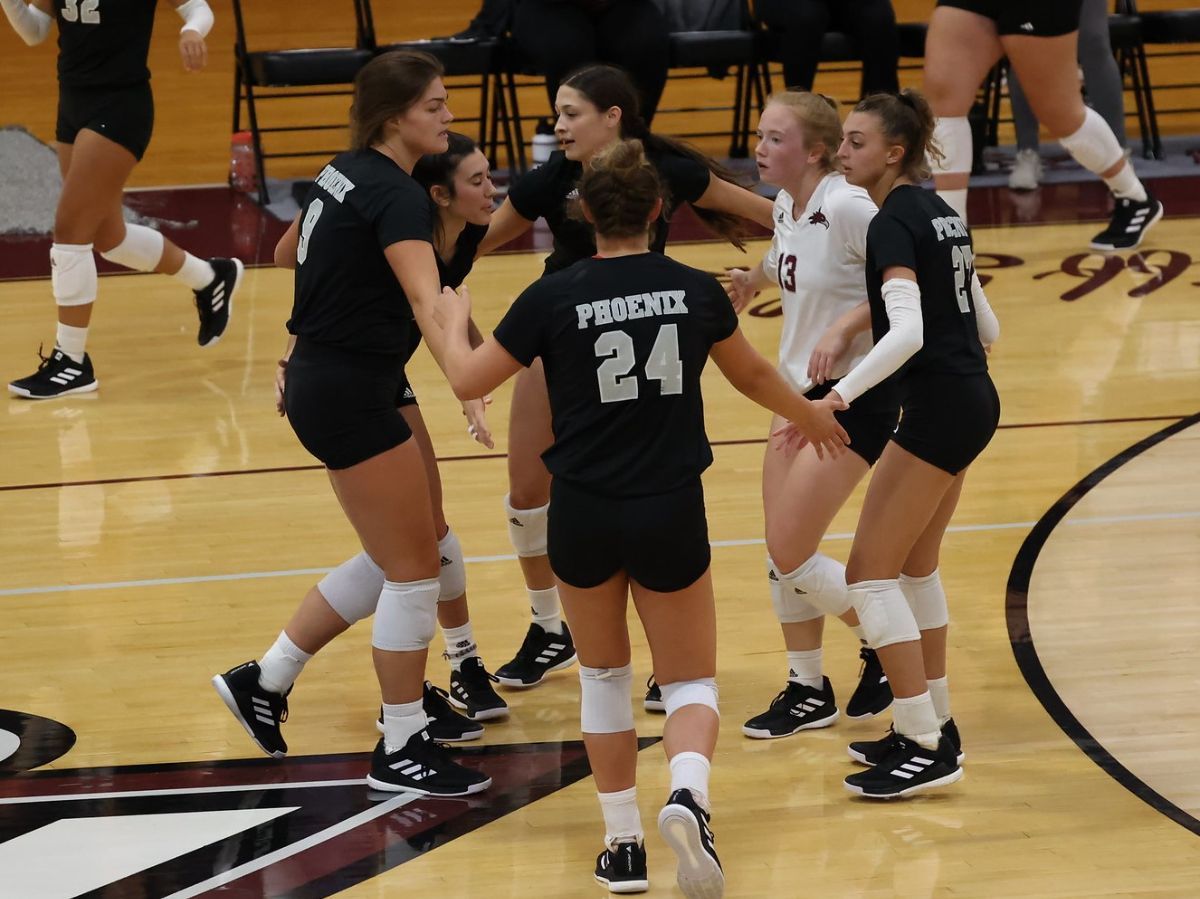 Cumberland jumped up big in the second set taking an early 6-1 lead and never gave Grace a chance to get back in it. CU went up seven at 14-7 and then cruised to a 25-19 set win.

The final set was a back and forth battle with neither team going up by more than two points until Grace pulled some separation to go up 20-16.The Phoenix went on a 5-1 run after that to cut it to 22-21, but the Lancers scored the next two points to get to set point. Cumberland would rally to send it to extra point and win 26-24 with a 5-0 run to close it.

The second match of the day, the Phoenix took on the host of the tournament Bethel University, who is receiving votes in the NAIA Top 25 Poll. The Phoenix picked up a big sweep on a big day attacking, finishing with a .330 hit percentage.

Izzy Curcio posted 13 kills and just one error while Hazel Konkel posted 10. Nicole Bott and Bianca Rodriguez combined for 41 assists and Shea Moore led the team in digs with nine.

Tied at 7-7 in the first set, CU scored the next four points to get a lead. The Phoenix would extend that to a 17-11 lead and would finish the set winning 25-18.

The Phoenix will finish out the Liz Hozzler Labor Day Classic with two matches tomorrow. They take on Trinity Christian at 10 a.m. and close the weekend against IU-Kokomo at 3 p.m.