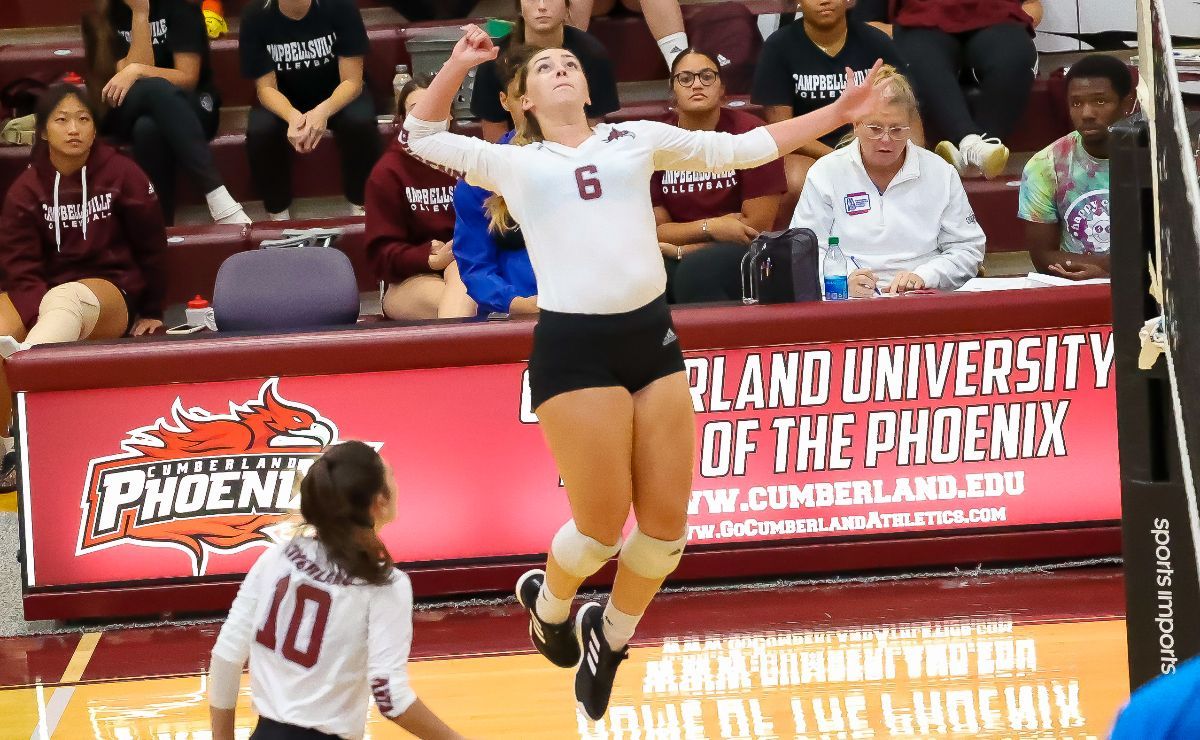 Lauren Galvan posted a season high 15 kills in the contest, followed by Harlee Kate Reid with 12. Nicole Bott posted her second double-double in a row, with 18 digs and an outstanding 31 assists.

The Tigers had four players post double-digit digs in Taylor Thacker, Paige Merrick, Molly Shannon, and Andrea Leboy lead the way with 28. Their front line was led by Ciera Merrick and Molly Shannon, with both attackers tallying 13 kills.

The Phoenix were off to a slow start in set one, as the Tigers claimed the first four points of the game. A Tiger hitting error and a huge cross-court kill from Reid set the Phoenix in motion, putting them on the board. The Phoenix went on a five point run that ended with a 7-7 score, during which Luciana Arena tallied a kill and a block. The Tigers responded with their own seven point run from which the Phoenix couldn’t recover. Campbellsville maintained the lead to take the set with a 25-21 score.

Set two was a true point-for-point style of play, with neither team making any significant lead. An important six point run from Cumberland, ending with a 13-17 scoreboard, allowed for the Phoenix to have an advantage for the rest of the set. The Phoenix capitalized on four back-to-back Tiger attacking errors to keep Campbellsville under 20 points. Lauren Galvan ended the set with a heavy-handed swing as Cumberland cruised by 25-16.

An early four point run in set three from the Tigers gave them an edge that the Phoenix were never able to recover from. Cumberland trailed behind their opponent for the entirety of the match, with Campbellsville holding a seven point advantage at one point. Freshman Layla Wandel came off the bench and contributed key block touches and a kill of her own, striking some energy into the Phoenix. The gap in score, however, was too much for the Phoenix to overcome and they dropped the set 25-18.

Cumberland came out swinging in the all-important fourth set. The teams were back-and-forth with points early on in the set, but an important service ace from Bianca Rodriquez at 5-4 gave the Phoenix an advantage that they held onto for the rest of the set. Lauren Galvan and Izzy Curcio each played a hand in the fourth set’s success, each posting four kills in the set win. Cumberland forced a fifth set after taking set four with a 25-22 score.

The Phoenix will be back on their home court on September 14 at 7 pm, when they will face the Tennessee Southern Firehawks.