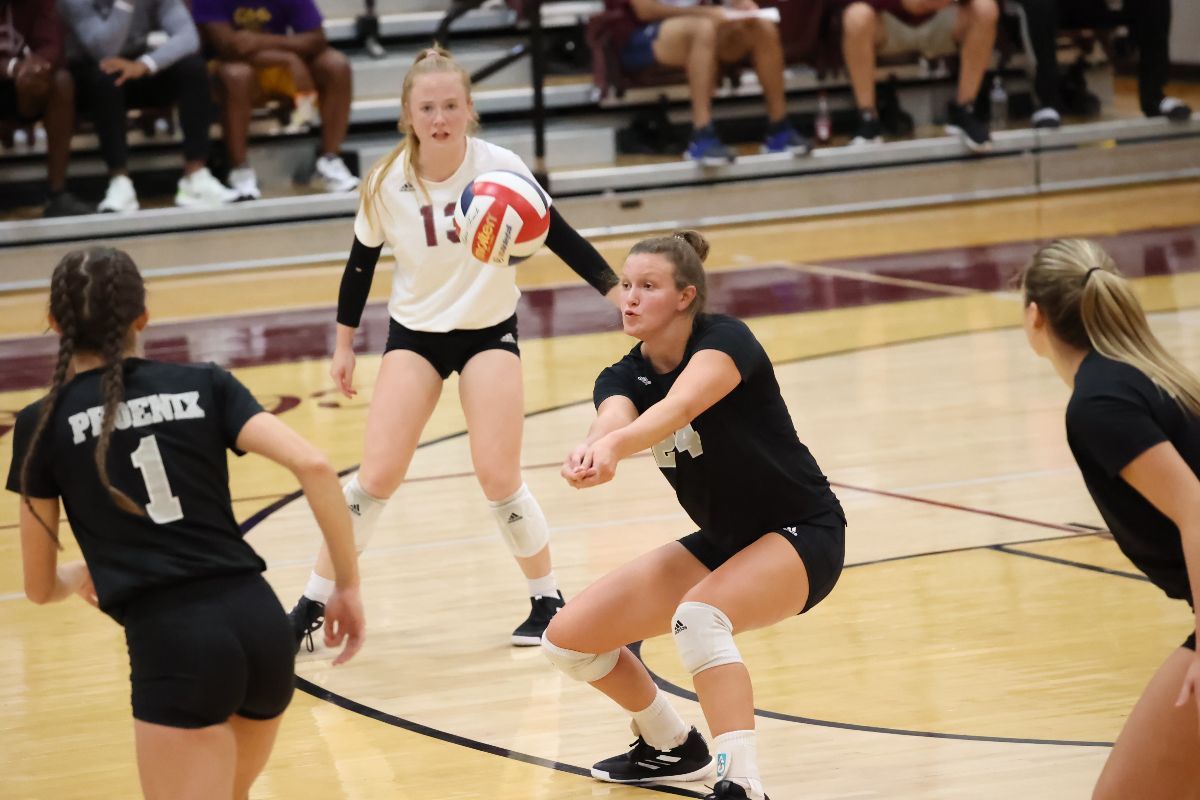 Lebanon, Tenn.-- The Phoenix sweep Tennessee Southern in three sets to bring home their second conference win of the season. Leading the way was Harlee Kate Reid and Lauren Galvan each with 12 kills. Reid registered a double-double, recording a team-high of 14 digs.

The teams went point-for-point to start the first set with each side earning their own kills to split the momentum. A six point run, during which Reid nailed two hard swings, gave the Phoenix an advantage which the Firehawks were never able to break into. Cumberland maintained the lead, even spreading it as far as nine points, and cruised past the Firehawks with a 25-17 score.

Set two started in favor of the Firehawks as they went on an immediate three point run. A kill from Hazel Konkel in the middle followed by a Firehawk attacking error helped the Phoenix quickly recover. Neither team could hold a solid lead from the 4-4 score point, with both sides contributing solid kills and evenly matched errors. The score was tight until the very end, when back-to-back kills from Luciana Arena gave Cumberland a 25-23 win.

The third set seemed to follow a similar pattern to set two, with the teams going back-and-forth with points. Neither team held more than a one point lead until a strong kill from Konkel inspired some energy in the Phoenix at 8-7. From that point on, the Phoenix maintained a solid lead over the Firehawks, once again spreading it as far as nine points. Both middle hitters Arena and Konkel put on a show in the third set, collecting three a piece. Konkel recorded the last two kills over the match, closing a 25-15 win.

Cumberland moves to a 2-1 conference record, bringing their overall record to a solid 9-3. The Phoenix will be back in action on the road next Tuesday, September 20. They will take on Freed-Hardeman University for their first away conference match.