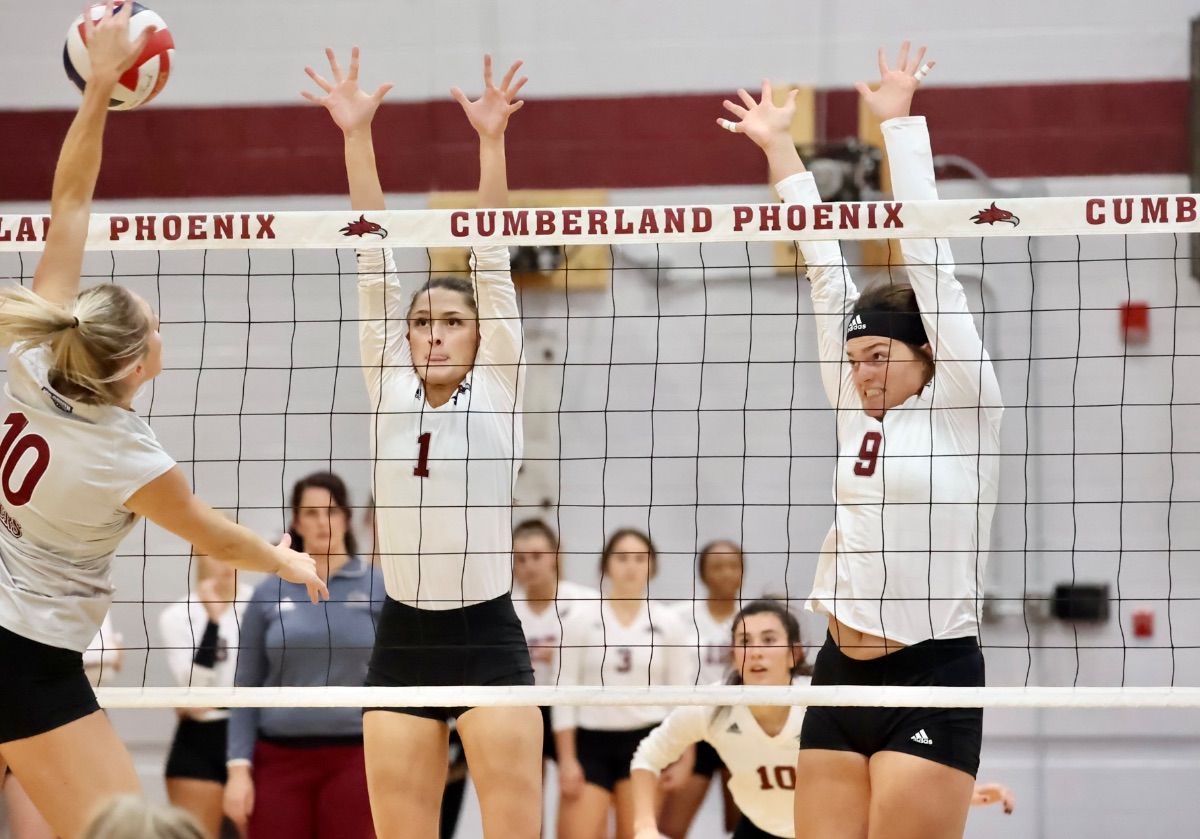 MCKENZIE, Tenn.--Cumberland women’s volleyball picked up the first two sets, but Bethel took the next three for the reverse sweep over the Phoenix in Crisp Arena.

Cumberland (10-4, 3-2 MSC) started off strong winning the first two sets, but the Wildcat outsides came to life in the latter sets to down the Phoenix. On the match, Cumberland posted 53 kills and 18 attack errors for a .217 percentage. The Phoenix front row combined for nine blocks while the back row had 52 digs, but 12 errors.

Cumberland middle Hazel Konkel posted a team-high 13 kills with a .612 percentage. Outside Harlee Kate Reid had nine kills and Lauren Galavn added nine as well. Nicole Bott had a double-double with 21 assists and 10 digs and libero Shea Moore had 14 digs in the match.

Bethel had four players in double-digits for kills led by Dominika Skoneczna with 15 and just three errors. Hannah McGowan posted 11 kills, but had 11 errors and Kameisha Moxley and Ashley Sommerfield each tallied 10. Setter Nayeli Vilchez posted 42 assists and added 11 digs and libero Sami Parker had a match-high 19 digs.

In the first set, tied at 7-7 Cumberland rattled off seven straight points to take a commanding 14-7 lead and expanded that to nine points at 19-10. The Wildcats chipped back in late, but not enough to overcome the big deficit as the Phoenix took set one 25-17.

Bethel flipped the script in the third set going on a 7-0 run after the Phoenix won the first point and never let Cumberland get close in the set taking the set 25-17.

The fourth set started out with both teams trading points up until 10-10. At that point, The Wildcats picked up four straight points and held the four point lead until 20-16. The Phoenix would take the next two points before Bethel picked up five straight to win the set 25-18 and force the fifth set.

Bethel had a big 5-1 start in the decisive set, but the Phoenix picked up the next four points on two kills from Konkel, a kill from Tori Johnson, and an error by Bethel to tie the match. The two sides swapped the next four points to make it 7-7 before back-to-back kills by the Wildcats to take the lead. Bethel held on to the margin to get the conference win over the Phoenix.

Cumberland will have a week prior to getting back on the floor at home next Saturday against Georgetown at home.