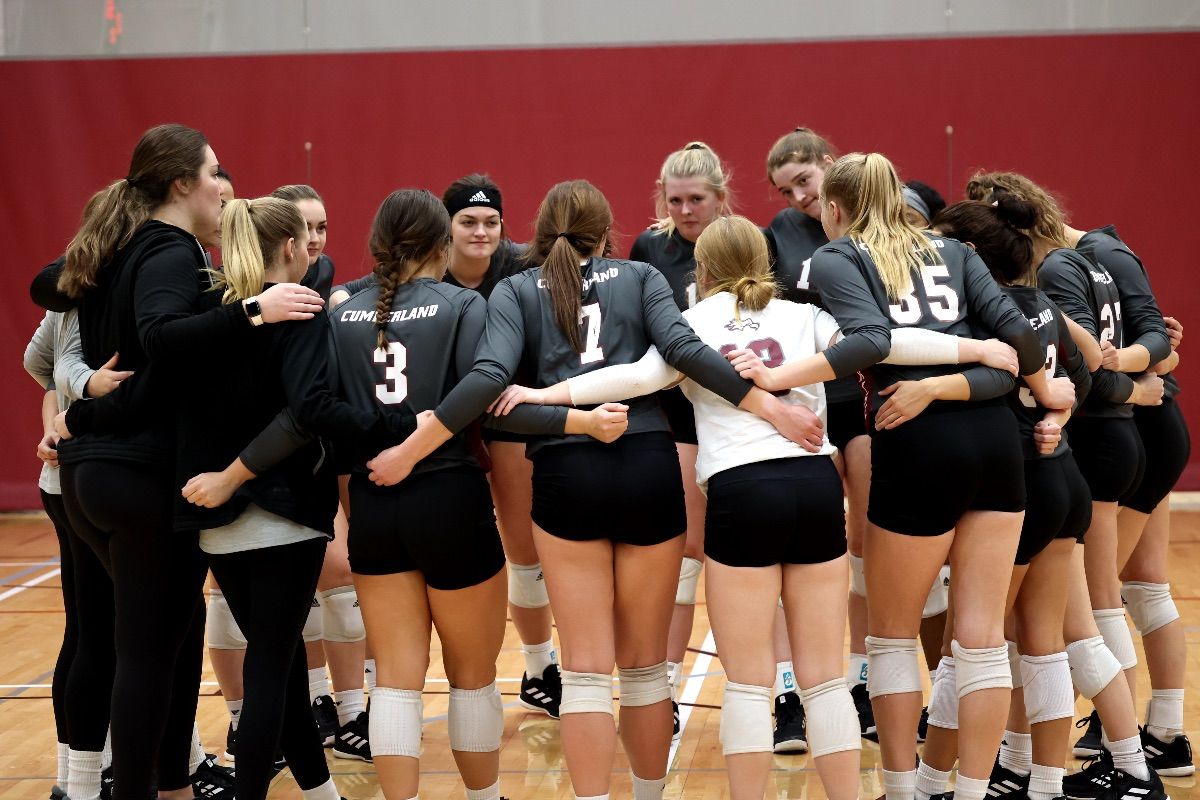 Parkville, Mo.-- Women’s volleyball ends their season at the NAIA National Tournament opening round in a 3-0 loss to Park University.

This was the first time all season that Cumberland lost in three sets as they draw a very successful season to a close.

The Phoenix struggled offensively all game long and were forced to play catch up to the Pirates for the majority of the three sets. Cumberland had their lowest attack percentage of the season, hitting a -.035 as a team compared to Park’s .196.

Debora Bernardi led the Pirates with nine kills on a .421 attack percentage. Libero Irene Verdino picked up 17 digs in the effort.

Tori Johnson started set one strong with an ace that was followed by a ball handling error on Park’s side for a quick 2-0 CU advantage. The Pirates responded with a 5-0 run during which they picked up an ace of their own and two kills, but Luciana Arena interrupted with a smart tap to position four. Curcio checked into the game and immediately tooled a kill off her blockers to tie up the set at 6-6. It was a point-for-point situation with neither team earning multiple points in a row until Thaynara Jesus put away a kill to send the Pirates on a three point run that proved to be detrimental to the Phoenix. Park held onto that edge for the rest of the set, expanding it as far as seven points at 22-15. The Pirates closed out the set at 25-16 after a service error from CU.

The Pirates picked up set two right where they left off, quickly going on another 5-0 run that sent Cumberland into a timeout to recollect. Hazel Konkel came out of the break and broke up the flow with a sharp swing out of the middle, to which Reid responded with a kill of her own. Park was unphased, however, as they reclaimed control and posted four back-to-back kills to take a 11-3 lead. Arena brought the deficit within four with a kill from the middle but the Phoenix were ultimately unable to recover their early disadvantage. Park spread their lead to ten points at 23-13 and cruised to another 25-16 set victory.

The Pirates rolled through set three as the Phoenix struggled to connect at the net all set long. Park hit their best percentage of the game in the last set, a .235 compared to Cumberland’s -.075. The Pirate’s lead spread as far as eight points at 12-4, but the Phoenix found some late energy to bring it within three after a service run from Tori Johnson. Park turned up the pressure to secure themselves a three set win to advance to round two and closed out the game with a 25-18 victory.

The loss ends an incredibly special season for the Women's Volleyball program including their first Mid-South Conference Championship and their first trip to the NAIA National Tournament.