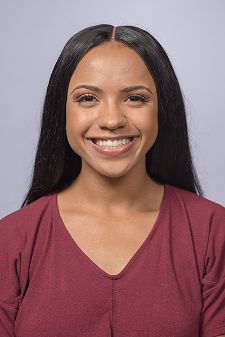 Adi Hale is beginning her first season as the Women’s Basketball Graduate Assistant.

The Lexington, Tenn. native, comes to the Phoenix after a successful playing career at Trevecca Nazarene University in Nashville.  As a freshman she was named to the G-MAC All Freshman Team as she played in all 26 games for the Trojans. The following year she started 19 games and made the most of it as she finished with a team high 10.8 points per game and ranked third in the G-MAC with 50 steals and 53 three pointers. After a redshirt season, Hale started all 29 games for the Lady Trojans and averaged 10.9 points per game while playing 28.3 minutes per game.

Hale was a four-year standout at Lexington High School where she score 1,034 points, averaging 18.5 points per game, while also pulling down 5 boards and handing out 3.5 assists per game. She was named All-West Tennessee along with all-district, all-tournament, and all-state awards as a junior. As a senior, she was named to the Tennessee Sports Writers Association All-State Team.

Hale received her BSW with her concentration in human behavior sciences and social work from Trevecca-Nazarene in May 2019 and is currently working towards her MBA.