Lawson's double-double not enough for CU 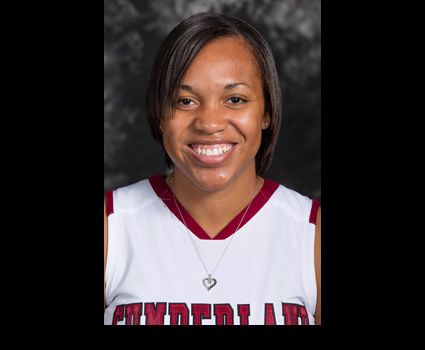 LEBANON, Tenn. – Brittany Lawson posted 30 points and 13 rebounds but seventh-ranked Cumberland committed 23 turnovers, falling behind by double-digits in the second half and falling 85-76 to Talladega College on Tuesday night in Talladega, Ala.

The Bulldogs (3-4) and Tornadoes (8-0) were tied seven times in the first 13 minutes of the contest before a 10-0 run by the home team, which included six points from Tianna Jones and four by Ryven Jackson, put Talladega ahead 34-24. Buckets from TaCouya Allen and Lawson cut the deficit to six and Cumberland trailed, 39-34, at the break.

The Bulldogs pulled within 48-46 early in the second half with a 10-4 spurt highlighted by six points from Lawson and two apiece by Casie Cowan and Katie Smith. But Talladega answered with a 15-6 run over the next four minutes, with Ryann Drear netting nine points during the stretch, giving the Tornadoes an 11-point edge.

A 3-pointer by Arielle George swelled the lead to 78-63 with 7:48 remaining. Five points from Layce Colter and four by Cowan cut the deficit to eight in the final minutes.

Cowan registered 11 points and five assists and Allen recorded 10 points and nine boards. Lawson finished 14-of-23 from the field, while the rest of the club was 17-for-49 from the floor. Kishaun Williams added nine points, five rebounds and four assists for the Bulldogs, who play again December 7 at Oakwood University.