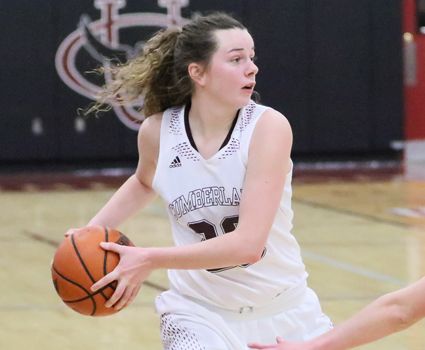 ST. CATHARINE, Ky. – Jalita Fason’s 19 points led four players in double figures and Cumberland used a 14-0 run to start the game and a 17-6 spurt at the end of the first half in posting a 78-51 victory over St. Catharine College in women’s basketball here Thursday night at Lourdes Hall.

Cumberland (14-10, 4-7 Mid-South) won for the third time in four games and never looked back after the 17-6 spurt to end the first half. The Phoenix led by 12 at the end of the third period and stretched the lead with nine straight points to begin the fourth quarter.

Bre Neal collected her sixth double-double of the season with 15 points and 10 rebounds and Terra Pryor added 12 points and a season-best nine boards. Nicole Bowers posted 11 points and Chelsey Hall dished out a career-high nine assists in the win.

St. Catharine (7-19, 1-12) nearly tied the game early in the second quarter after falling behind 14-0, with Patrice Tonge’s 3-point play pulling the Patriots within 26-24. Cumberland answered with the 17-6 run to end the half, though, with Neal and Bowers contributing 12-of-14 points before Pryor’s second 3-pointer of the half put CU ahead by 13.

SCC trailed by 12 to start the fourth quarter did not hit a field goal in the final period until the final minute, going 1-for-10.

Breanna Ball led St. Catharine with 15 points and Tonge finished with 12 points. Emilie Harrell added 10 points, with all three players off the bench in the contest for SCC.

Cumberland could have not asked for a better start, running out to a 14-0 lead behind seven points from Pryor. St. Catharine committed three turnovers and missed three field goals during the first three-and-a-half minutes before Sasha Ruiz-Lopez finally broke the ice for the Patriots.

SCC ended theperiod with a 13-6 spurt that included seven straight points by Ball, and Miranda Wilson’s short jumper with two seconds left in the quarter cut the Cumberland advantage to 24-17 at the end of 10 minutes.

St. Catharine continued to attack in the second period, with field goals by Harrell and Ball and an old-fashioned 3-point play from Tonge, making it 26-24 CU with 7:50 remaining before the half. Cumberland finally stopped the momentum for the Patriots thanks to Bowers and Neal, who netted 12 of the team’s next 14 points during a 17-6 stretch to end the quarter.

Fason added a fastbreak layup and Pryor hit her second 3-pointer of the half for a 43-30 advantage at intermission.

Pryor scored 10 points, Neal added nine and Fason posted eight for CU in the first 20 minutes. Ball, Harrell and Tonge combined for 22 points off the bench for the Patriots, who shot 40 percent from the field and made just 1-of-9 shots to end the half after Tonge cut the deficit to two.