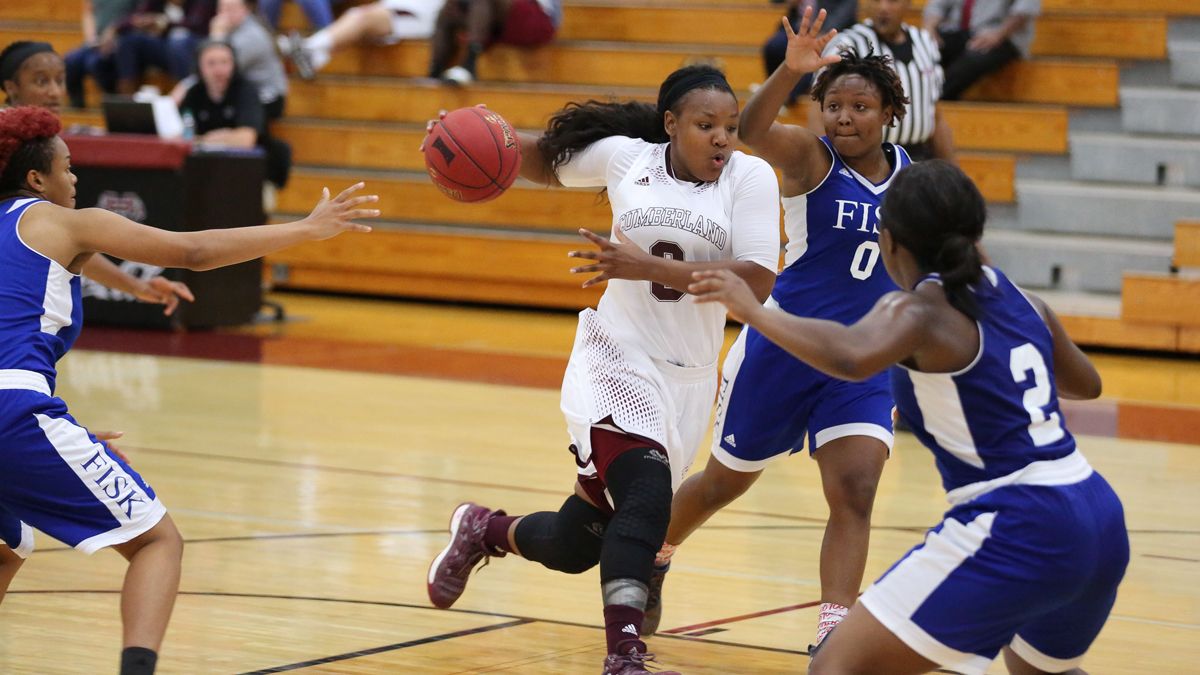 LEBANON, Tenn. – Georgetown College put together a 12-0 run at the beginning of the third quarter to take the lead and the Tigers stretched their lead to 12 later in the period, taking control and sending 19th-ranked Cumberland to its fifth straight defeat, 69-56, in women’s basketball action here Thursday night at the Dallas Floyd Recreation Center.

Despite shooting just 3-of-17 in the first quarter, Cumberland took a 26-25 edge at intermission thanks to a 12-4 spurt by the Phoenix (15-10, 4-9 Mid-South). Terra Pryor netted four points and Cydney Goodrum had a nice offensive rebound and bucket. A layup by Nicole Bowers in the final minute gave CU the one-point lead at intermission.

Bowers scored again to start the third period and Julia Fox added a free throw for a 29-25 lead, but Cumberland posted just three points in the next three-plus minutes and the Tigers took advantage.

Emilie Ziese started the Georgetown (8-18, 4-9) run with a basket before 3-pointers by Kaci Currens and Shelby Beam sandwiched around a layup from Currens. Justus Martin’s jumper pushed the Tigers lead to 37-29 with 5:51 left in the third quarter.

Jailen Murphy’s triple ended the drought for Cumberland, but another 3-pointer for Beam and field goals from Shakela Smith and Martin gave the visitors a 12-point advantage late in the period.

The Phoenix cut the deficit to seven by the end of the quarter thanks to two foul shots from Katherine Griffith and Janisha Lindsey and a 3-pointer from the corner by Murphy. That was as close as CU would get the rest of the game, shooting just 6-of-17 in the fourth quarter, missing numerous chances to get closer.

Beam led three Georgetown players in double figures with 16 points off the bench, while Martin and Currens added 11 apiece. Smith finished with eight points and nine rebounds as well.

Murphy paced the Phoenix with 12 points and Bowers netted 11, but Cumberland committed 14 turnovers and failed to score around the basket for the second straight contest.

Cumberland jumped out to a 6-2 lead in the first three minutes of the game but did not hit another field goal for almost a full quarter, until a steal and layup by Pryor at the nine-minute mark of the second period. Martina Lytle’s basket in the last 10 seconds gave the Tigers an 11-8 advantage after 10 minutes.

Baskets by Martin and Smith and a 3-pointer from Currens pushed Georgetown’s lead to 18-14 in the second quarter, but Fox made one foul shot to start the 12-4 stretch for CU and give the home team a lead at the break.

Cumberland ends the regular season Saturday at 2 p.m. against No. 6 Shawnee State with Senior Day activities taking place between the men’s and women’s games.