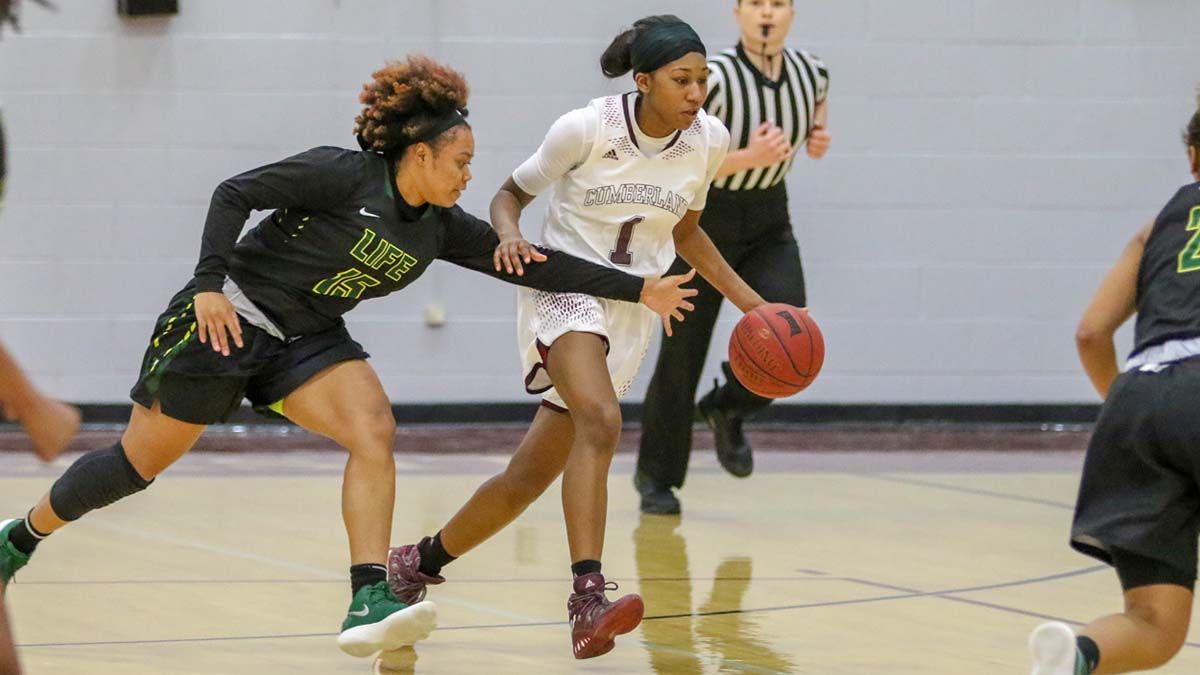 LEBANON, Tenn. – Micah Norris made three 3-pointers and netted 15 points and Cumberland held second-ranked Shawnee State 29 points below its season average, but the Phoenix committed 19 turnovers and shot just 25 percent from the field in a 53-39 loss in women’s basketball action here Thursday night at the Dallas Floyd Recreation Center.

Lydia Poe scored 20 points and added nine rebounds off the bench for Shawnee State, making 10-of-16 shots, all around the basket. The Bears put together a 10-0 run in the first quarter and 12-3 in the second period to take a 31-16 lead at intermission. Poe netted 16 points on 8-of-13 shooting while no other Shawnee State player had more than four points in the first half.

Cumberland (15-9, 4-5) lost its third straight contest, all to teams ranked in the Top 10 nationally. The Phoenix had scoring droughts of five minutes in the first and second quarters. Kaitlin Oliver finished with eight points and nine rebounds for CU.

Cumberland took a 4-2 lead in the first quarter on baskets from Oliver and Katherine Griffith, but the Phoenix did not score for almost five minutes, missing its next six shots. The Bears netted 10 straight points during the scoring drought, six of those from Poe.

Janisha Lindsey’s 15-footer at the 1:17 mark of the period ended the drought for CU and Griffith added a baseline jumper just before the quarter buzzer, pulling the Phoenix within 14-8 at the end of 10 minutes.

Poe added two more baskets to start the second period and two free throws from Madison Ridout and a layup by Laken Smith put Shawnee State ahead, 22-8. Norris made a 3-pointer for the home team, but Poe continued to manhandle the Phoenix under the basket with two more field goals.

Hannah Miller’s 3-pointer stretched the SSU advantage to 29-13 and the junior had another triple that rattled in-and-out the next trip down. Poe scored again for the Bears before another 3-pointer from Morris made it 31-16 SSU at intermission.

The Bears were just 1-of-9 from behind the arc but scored 22 points in the paint in the first 20 minutes. Cumberland committed 13 turnovers and shot just 7-of-30 in the half. Norris led the club with eight points but the Phoenix played much of the half in foul trouble for Oliver and Lindsey.

Cumberland netted the first four points of the third quarter, pulling within 10, but then failed to find the basket for more than six minutes. The Bears netted nine points during the stretch, all from Miller and Bailey Cummins, for a 40-21 advantage.

Ant’Treasia Patton’s triple and two free throws plus a layup from Oliver pulled CU within 40-28 to end the period.

An old-fashioned 3-point play by Miller and a jumper from Cummins kept the Bears ahead by more than 15. Cumberland pulled within 12 with just over three minutes to play thanks to Patton’s triple and a steal and layup by Norris, but CU missed two chances to get closer.

Cumberland hosts the University of Pikeville on Saturday at 2 p.m., the club’s next-to-last home game of the season.