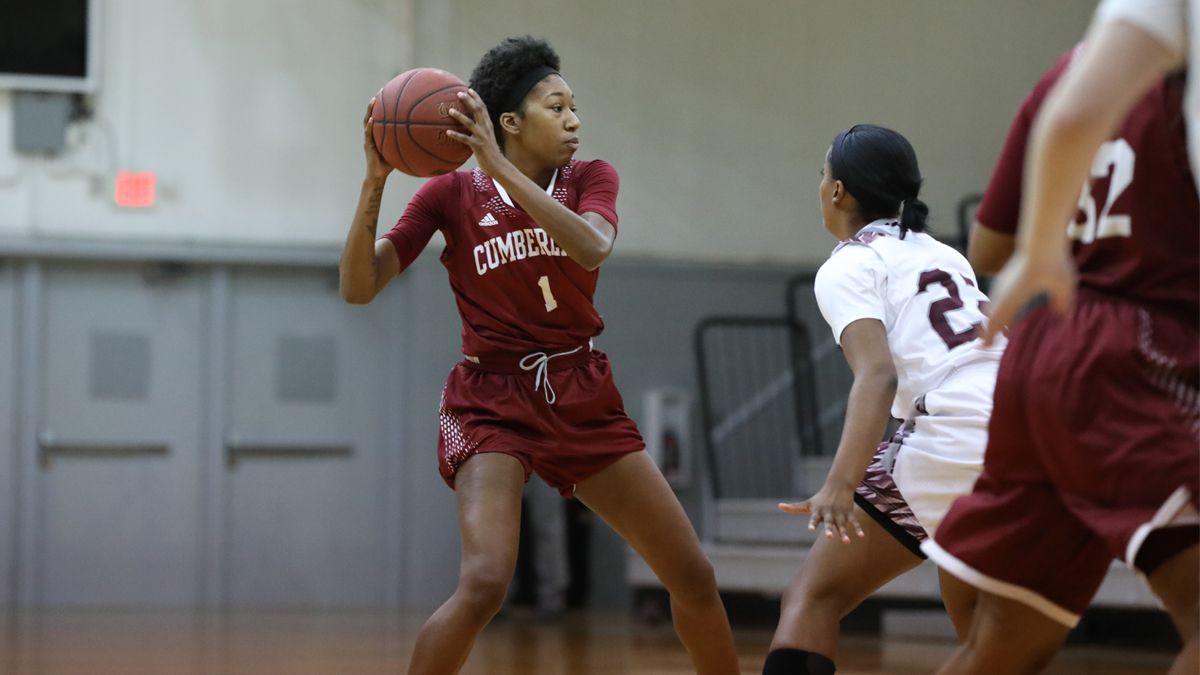 Micah Norris scored 15 of her 18 points in the first half with a pair of 3-pointers against Campbellsville on Thursday. (Credit Jordan Alves)
Cumberland University at #3 Campbellsville University | February 22, 2018

CAMPBELLSVILLE, Ky. – Third-ranked Campbellsville University ended the first half with a 14-3 run and Cumberland made 4-of-30 field goals in the second half, negating any chance of a comeback in an 83-49 victory over the Phoenix in women’s basketball action here Thursday night at the Powell Athletic Center.

Micah Norris scored 15 of her 18 points in the first half but was just 1-for-8 in the last 20 minutes. Tucker finished with seven points. Cumberland was outrebounded by 44-17 in the contest, including 15-5 on the offensive glass.

Jordan Doram led all scorers with 19 points for the Tigers, making 7-of-9 field goals and 5-for-6 at the foul line. Madison Stewart added 12 points off the bench, as nine different Campbellsville players scored, six of them with six points or less.

Campbellsville made its first five shots of the contest, jumping out to a 12-3 advantage just over three minutes into the contest, but the Phoenix weathered the storm with an 8-2 spurt. Baskets by Kaitlin Oliver, Ant’Treasia Patton and Katherine Griffith and two free throws from Janisha Lindsey cut the deficit to 14-11 with 3:56 left in the opening period.

Savannah Gregory hit a pair of 3-pointers in the last 75 seconds of the quarter for the Tigers and the home team led, 24-14, at the end of 10 minutes.

Tucker’s triple and a steal and layup from Norris to start the second period made it a five-point game, but the Tigers quickly ran the lead back to 10 with a 3-pointer by Madison Clements and a layup from Doram.

Norris kept the Phoenix in the game with an old-fashioned 3-point play and then a triple, cutting the Campbellsville lead to 31-25. Oliver’s layup at the 6:25 mark made it a four-point game, but the Tigers finished the half with a 14-3 spurt.

Doram netted eight of her 14 points in the half during the run and Clements added four points. Doram’s old-fashioned 3-point play gave Campbellsville a 45-30 advantage at intermission.

Norris recorded 15 points on 6-of-13 shooting but the rest of the Phoenix made just 5-of-13. Cumberland also committed 13 turnovers, which the Tigers turned into 14 points. Campbellsville had 14 miscues as well, helping CU stay in the contest with 11 points.

Cumberland ends the regular season at home Saturday with a 2 p.m. contest against Georgetown College. Five seniors will be honored after the game after the Tigers, before the men’s contest.