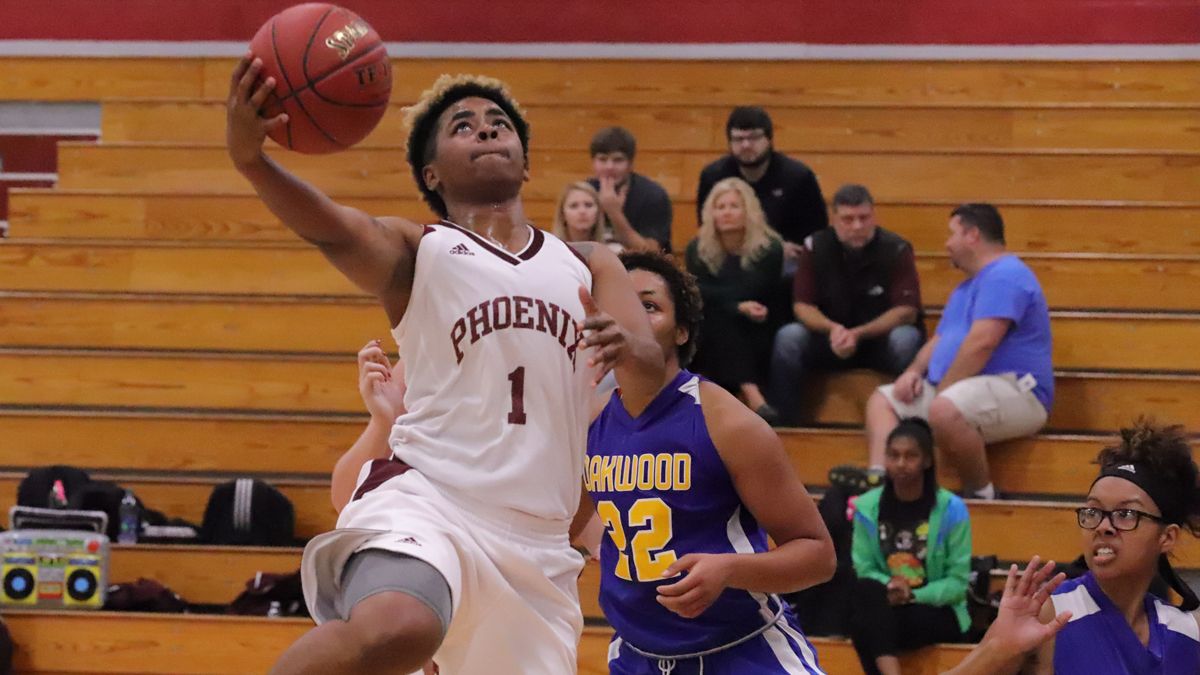 The Phoenix (1-0) shot 55 percent from the field in the second half, including 5-for-10 from behind the arc, outscoring the Ambassadors, 56-25, in the final 20 minutes. Elder collected 13 points in the second half.

Cumberland committed nine turnovers and shot only 35 percent on field goals in the first two periods, including 3-for-11 from 3-point range. Kerrice Watson scored seven points, all at the foul line, and Codner recorded nine.

The Phoenix scored nine of the first 12 points of the third quarter, including three baskets by Dominique St. Louis, extending the advantage to 42-26. The Phoenix then put together a 16-4 spurt later in the period, with 3-pointers by Codner-Pinto and Devon Burns as well as two field goals from Katherine Griffith.

Elder’s triple just before the buzzer made it 63-36 Phoenix at the end of three quarters.

Elder netted 10 points in the final period, including a 3-pointer and a jumper in the first three minutes. She added a third trifecta later in the quarter, as Cumberland poured it on down the stretch against the Ambassadors (1-3).

The Phoenix forced 25 turnovers in the game, turning those into 26 points.