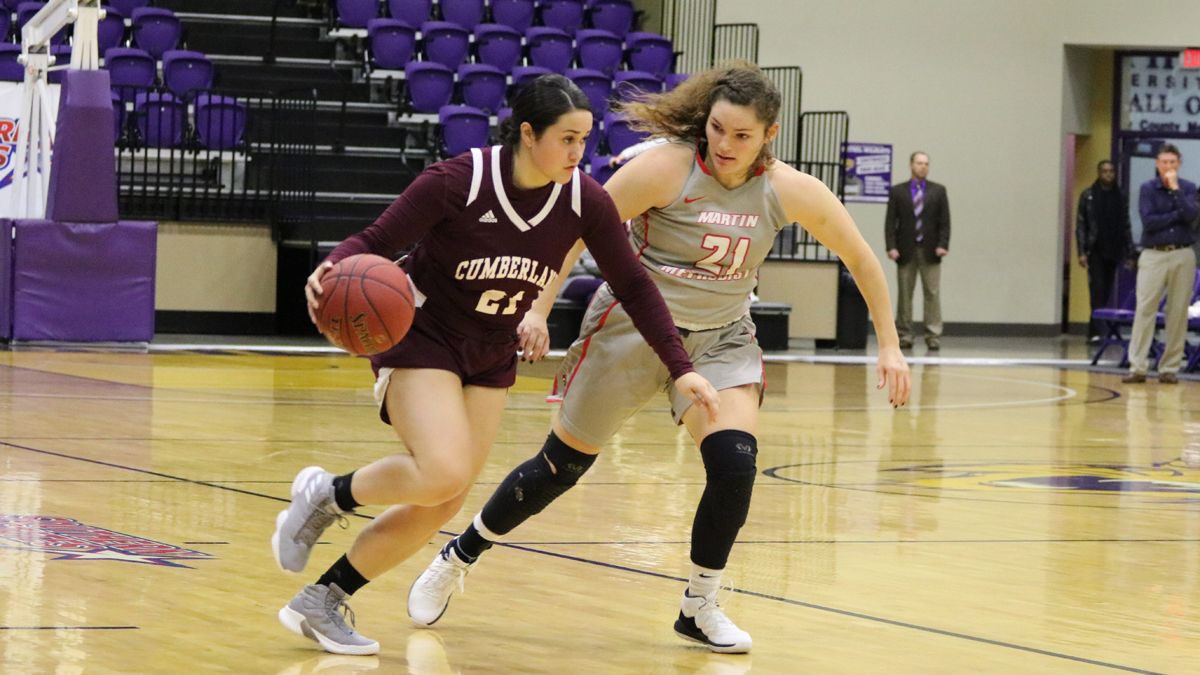 LEBANON, Tenn. – Carli Codner-Pinto and De’Naizha Elder each scored 18 points and Devon Burns added 13, but Martin Methodist held off a furious second-half rally by the Phoenix for a 78-71 victory in the Mid-South Conference/Southern States Challenge in women’s basketball action Friday in McKenzie, Tenn.

The Phoenix trailed 46-25 at the half after shooting just 36 percent and committing 12 turnovers in the first 20 minutes. The RedHawks connected on 54 percent from the field and turned those 12 CU miscues into 12 points.

Cumberland netted 10 straight points midway through the third period, including a 3-pointer from Codner-Pinto and four points by Dominique St. Louis, cutting the MMC lead to 53-40 with 3:11 left in the quarter. Britany Miller’s old-fashioned 3-point play in the final 30 seconds kept the deficit at 13 headed to the final 10 minutes.

Two baskets by Katherine Griffith to start the fourth quarter made it a nine-point game and Elder and Griffith each made field goals in the following 90 seconds, making it 60-53 RedHawks with 6:42 to play.

Keely Ellison answered with a bucket for Martin Methodist and she added a 3-pointer at the 5:49 mark, stretching the lead back to 11. Elder connected on a triple for the Phoenix and Codner-Pinto added another, cutting the MMC advantage back to seven with just under two minutes left.

Elder added two more field goals in the final minute, netting 12 of her 18 points in the fourth quarter. Cumberland got as close as five but the RedHawks made 4-of-6 foul shots in the final 35 seconds to seal the win.

Codner-Pinto hit 5-of-7 from 3-point range in the contest and Elder was 7-for-12 from the field overall.

Marcia Reed led five Martin Methodist players in double figures with 20 points while Samariah Thompson netted 14. Areyanna Majors, Faith Sherrow and Ellison each finished with 10 points. MMC connected on 17-of-25 at the foul line in the contest, including 14-for-18 in the second half.