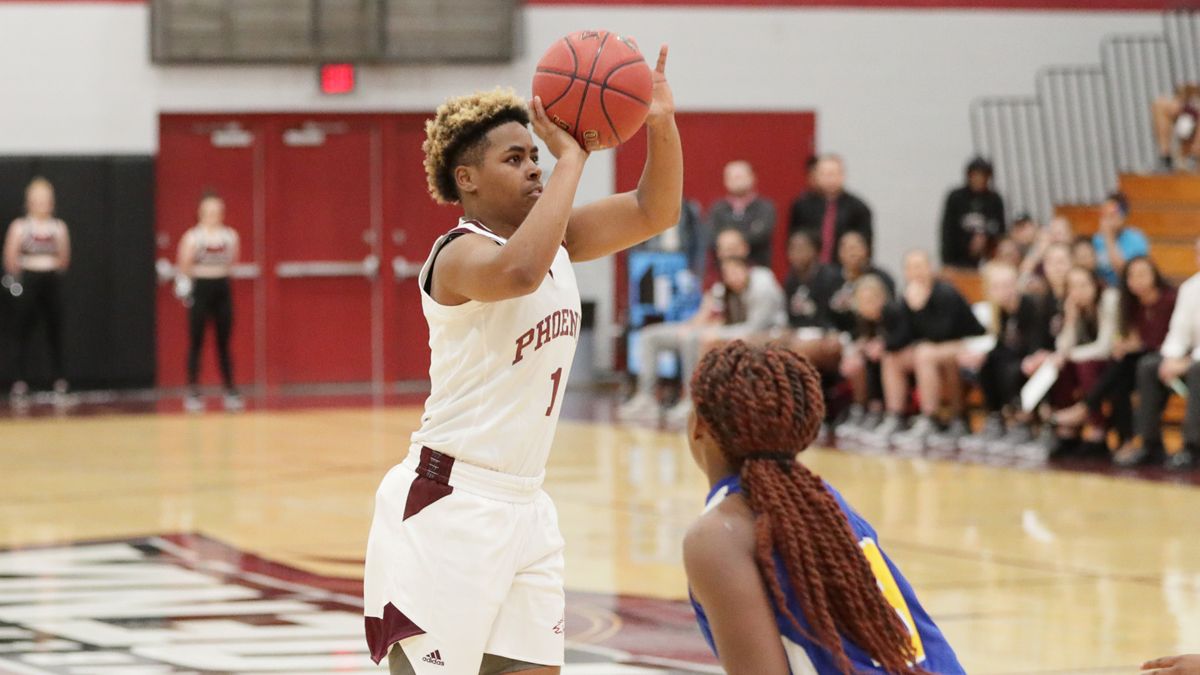 LEBANON, Tenn. – De’Naizha Elder netted 28 points, hitting five 3-pointers, but Cumberland shot just 28 percent in the first half and committed 21 turnovers in an 85-61 loss to Mid-America Christian in women’s basketball action Saturday in the College of the Ozarks Coke Classic in Point Lookout, Mo.

The Phoenix (1-4) trailed just 15-11 at the end of one quarter but made only 2-of-9 shots with six turnovers in the second half. The Evangels (5-0) posted an 18-4 spurt to end the period, including five 3-pointers from five different players.

Elder was the story in the second half, hitting 8-of-10 shots with all five 3-pointers, scoring 26 of her 28 points in the final 20 minutes. Kerrice Watson registered eight points for CU.

Watson started the game with an old-fashioned 3-point play and Briana Vandlen added a field goal, but the Phoenix scored just two points over the next six minutes. Shannon made a 3-pointer and baskets by Coleman, Sydney Wycoff and Loralei Siliga gave MCU an 11-5 advantage.

Katherine Griffith’s bucket with 1:41 left in the quarter ended the scoring drought for CU, but Siliga and Coleman added field goals in the last minute for a 15-11 Evangels lead after a period.

Coleman netted a 3-pointer and Shannon made a jumper before an old-fashioned 3-point play from Jessica Fairley, but Dominique St. Louis’ field goal cut the deficit to 23-13. Nevada Denton and Shannon drilled 3-pointers before baskets by Shannon and Coleman and then another triple by Fairley pushed the Mid-America lead to 36-15.

A basket by Elder and one free throw from Devon Burns ended the run momentarily, but Jaidan Alley made another three and Shelby Thrailkill’s 3-pointer ended the half.

Elder netted 23 of her 28 points in the fourth quarter, making 7-of-14 shots overall with four 3-pointers as well as 5-for-6 at the foul line.

Cumberland hosts Talladega College this Tuesday at 6 p.m. in the team’s game before Thanksgiving.