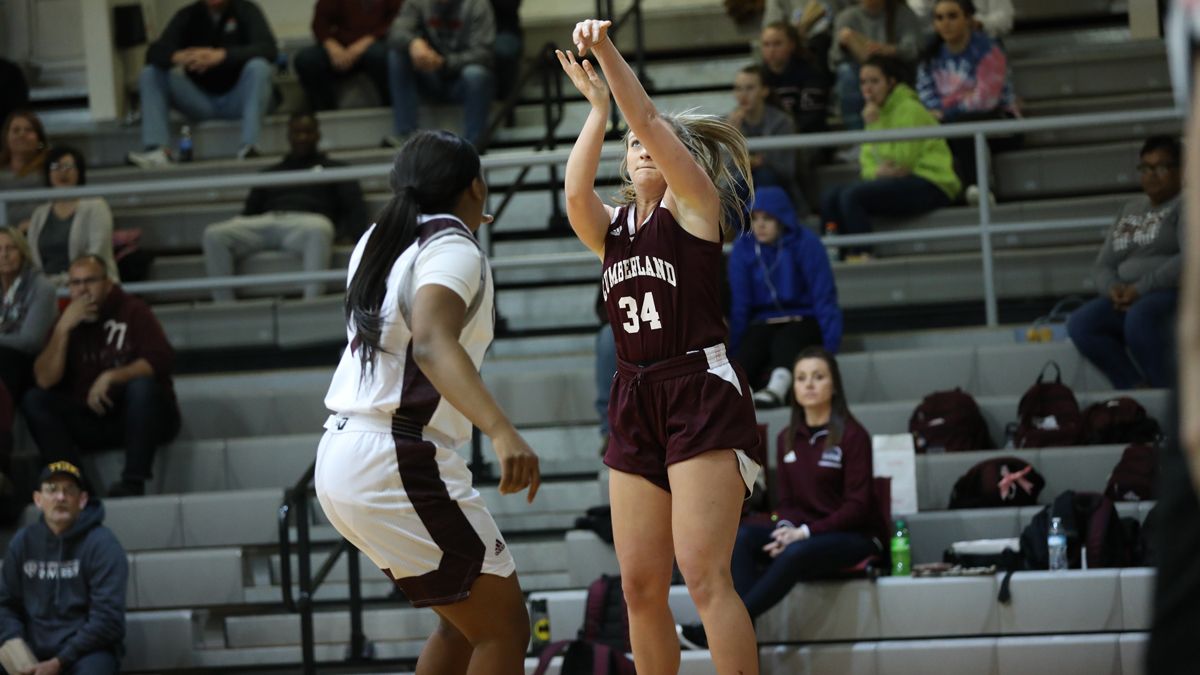 LEBANON, Tenn. – Seventh-ranked Campbellsville University put together a 13-0 run early in the second quarter to take control and the Tigers never let up, posting a 90-51 victory over Cumberland in women’s basketball action here Thursday night at the Powell Athletic Center.

Cumberland (4-10, 0-2 Mid-South) trailed 25-16 after one period and Briana Vandlen hit a jumper in the first minute, but the Phoenix did not score for more than six minutes and the Tigers (16-2, 2-0) took full advantage, netting 13 consecutive points. A pair of 3-pointers from Lexy Lake late in the period put Campbellsville ahead, 48-24, at halftime.

Just as they did in the first quarter, the Tigers posted the first eight points of the third period, forcing a timeout by the Phoenix. Campbellsville never looked back from there, stretching the lead to as many as 41 points late in the fourth quarter.

Katherine Griffith led Cumberland with 13 points on 6-of-9 shooting while Dominique St. Louis, Kerrice Watson, Kenzie Hobbs and Britany Miller each finished with seven points. The Phoenix committed 26 turnovers in the game, which the Tigers turned into 28 points.

Jordan Doran paced the home team with 18 points and Madison Kaiser added 17 points, with the duo combining to make 16-of-23 field goals. Madison Faulkner netted 13 points and Savannah Gregory and Lake each contributed 11 for the Tigers.

Campbellsville netted the first eight points of the game, forcing a timeout by the Phoenix less than two minutes into the contest. Watson’s layup got Cumberland on the board and baskets by Carli Codner-Pinto and Griffith pulled CU within 12-6.

Griffith then scored three straight baskets for the Phoenix, keeping the deficit at six. St. Louis posted two consecutive field goals for Cumberland as well, making it 19-14 Tigers, but the home team got two layups from Doram and then a long jumper by Madison Stewart just before the buzzer for a 25-16 Campbellsville advantage after 10 minutes.

Vandlen’s 15-footer kept the deficit at nine in the first minute of the second period before the Tigers netted 13 consecutive points. Kaiser hit a 3-pointer and another jumper and Faulkner made a pair of field goals during the run. Alexis Calhoun’s bucket ended the spurt for a 40-18 Campbellsville lead midway through the quarter.

One foul shot and then a layup from Griffith ended an almost six-minute scoring drought for the Phoenix, but Lake hit a pair of triples for the home team, the second one putting the Tigers ahead, 48-24, at intermission.

Doram netted 12 points and Kaiser added 11 for Campbellsville in the half. The Tigers turned 15 first-half Cumberland turnovers into 18 points as well. Griffith led the Phoenix with nine points and Britany Miller collected five for CU.

Cumberland plays at Georgetown College on Saturday at 1 p.m., the second of two straight road games for the Phoenix.