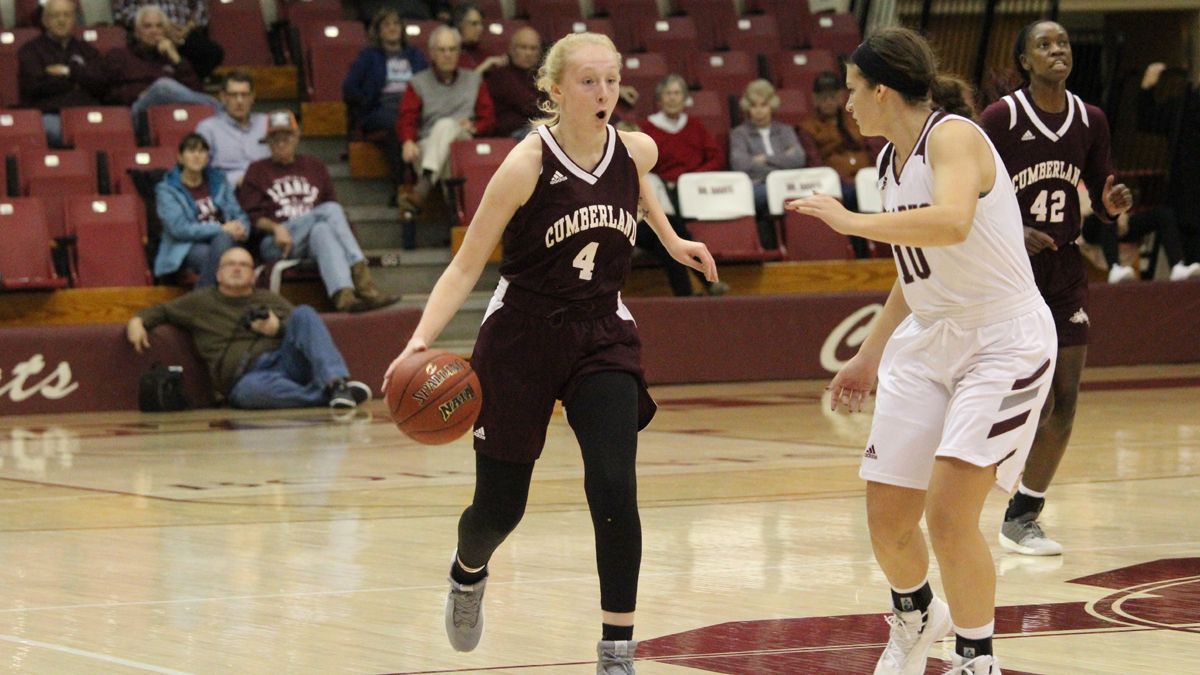 COLUMBIA, Ky. – Briana Vandlen netted 12 points and Devon Burns added 10 off the bench, but 19th-ranked Lindsey Wilson posted a 14-3 run with four 3-pointers to start the second half and never looked back, posting a 75-53 victory over Cumberland in women’s basketball action here Thursday night at Biggers Sports Center.

The Phoenix (6-17, 2-9 Mid-South) hit just 1-of-8 shots to start the second half while the Blue Raiders (18-8, 8-4) were on fire, including triples from Heidi Huffman and Reagan Turner and two by J’Nayah Hall, stretching a seven-point halftime lead to 18 just less than five minutes into the period.

Lindsey Wilson netted the final five points of the second quarter as well for a 19-3 stretch overall. Cumberland never got closer than 15 the rest of the way, once in the third and fourth quarters after an old-fashioned 3-point play from Vandlen and a basket underneath by Britany Miller.

The Phoenix shot only 35 percent for the game, including 5-of-14 from 3-point range, and struggled offensively in the second half when they were not able to get to the foul line. CU made 7-of-8 in the second quarter to keep the game close.

Burns collected 10 points on 3-of-6 shooting with one triple and 3-for-4 at the foul line in 20 minutes in her first game since December 15 at Huntington University. She missed the last 11 contests with a broken bone in her hand.

Turner led all scorers with 20 points while Huffman finished with 15 points, all on 3-pointers, and Hall added 16 points. The Blue Raiders connected on 46 percent from the field, including 6-of-11 from behind the arc, in the second half.

The Phoenix missed their first three shots of the game and then hit three straight, including 3-pointers from Vandlen and Kerrice Watson, for an 8-5 CU edge, but Cumberland did not score again for more than three minutes and the Blue Raiders posted eight consecutive points for a 13-8 LWC lead.

Baskets by Miller and Watson pulled CU within 13-12, but Jynea Harris netted the last four points of the quarter for the Blue Raiders, giving the home team a 17-12 advantage after 10 minutes. Cumberland committed five turnovers in the last four minutes of the period.

Torri Daniels got an offensive rebound and eventually a layup to get the Phoenix within a point midway through the second period. Turner answered with a 3-pointer on the other end for Lindsey Wilson and after a layup for CU’s Dominique St. Louis, Huffman drilled her second triple of the half for LWC.

Cumberland kept it close thanks to 7-of-8 at the foul line in the second quarter, including two apiece for Katherine Griffith and Miller and 3-for-4 by Burns.

Burns added a 3-pointer to get CU within 28-26, but Turner hit another 3-pointer and Hall’s baseline jumper hit every part of the rim plus the backboard before falling in at the halftime buzzer for a 33-26 Blue Raiders lead at intermission.

Cumberland shot just 8-of-23 in the half and committed nine turnovers. Burns posted six points off the bench and Watson added five for CU while Turner led all scorers with 10 points, eight in the final five minutes of the second period.

Cumberland hosts 12th-ranked Shawnee State this Saturday in the team’s penultimate home game of the season.