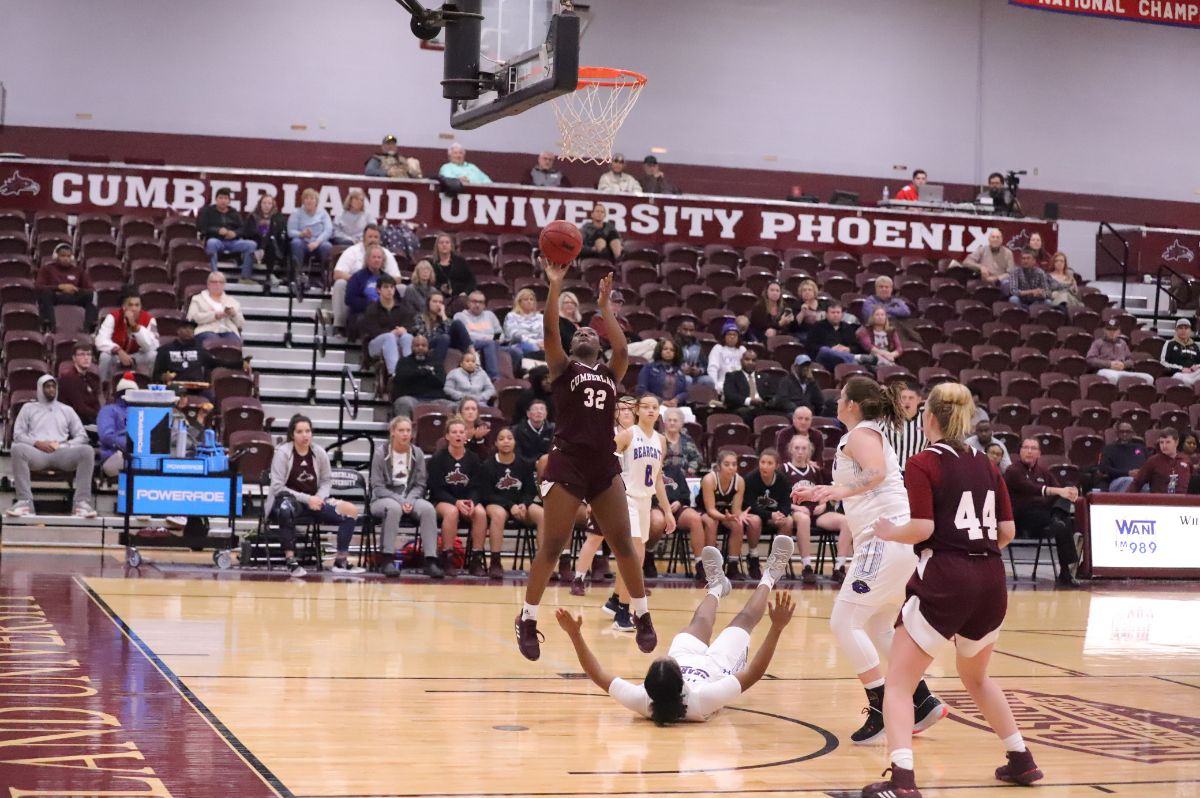 Lebanon, Tenn. - Second half scoring allows the Phoenix to defeat the Bearcats, and finish out 2-0, this weekend at the Rosa Stokes Classic in the Dallas Floyd Phoenix Arena.

Cumberland Phoenix (4-3) has won its third straight game as they were able to defeat the Brescia Bearcats (3-8) 71-52.

Makenzie Trouten dominated the offensive side of the ball as she led the team with 16 points, as she shot 54% (6-11) from the field and 57% (4-7) from behind the arc. Britany Miller had an explosive day for the Phoenix as she was able add 14 points to the score and also recorded a new career high in rebounds with 17, making that her second consecutive double-double.

Cumberland started out strong as just in the first minute of the game as Trouten and Watson both were able to knock down a shot behind the arc, allowing the Phoenix to take a 6-0 lead. Brescia’s Princess Holloway was able to attack back as she was able to come free and knock down a three pointer herself, to cut the lead back to three. The Phoenix were able to go on a 7-0 run as Miller and Watson were able to connect with the basket for a layup, both being assisted by Trouten. Trouten was then able to hit a dagger of a shot from deep.

The Bearcats didn’t let the score phase them as they were able to find a spark from Cassidy Moss, as she was able to hit a pair of three’s to cut the lead down to four. Brescia was able to feed off the energy as Hannah Saltsman hit a jumper midway in the paint and then was able to hit a shot from deep, to give the Bearcats the lead for the first time in the game.

The Phoenix then went on an 8-0 run as Miller, Watson, Bree Thibeault, and Trouten were able to cash in for a bucket. The Phoenix continue to dominate the first half defensively, as they were able to bring 10 rebounds and only allowed the Bearcats to score eight points in the second quarter, allowing Cumberland to go into the half ahead with a score of 35-26.

The second half started off slow for both teams until Brescia began to attack the Phoenix defense as Holloway, Moss and Kyeden Hughes all were able to hit a pair of jumpers. At the end of the third quarter the Phoenix put their foot on the gas, as they went on a 12-0 run, starting with a layup from Ashlyn Pittman then followed up by a layup from Miller and Johnson. The Phoenix continued to dominate both sides of the ball for the remaining of the game to result in a 71-52 victory of the Bearcats.

The Phoenix will continue to play at home as they will be facing against Martin Methodist on Tuesday, November 26, at 6 P.M.