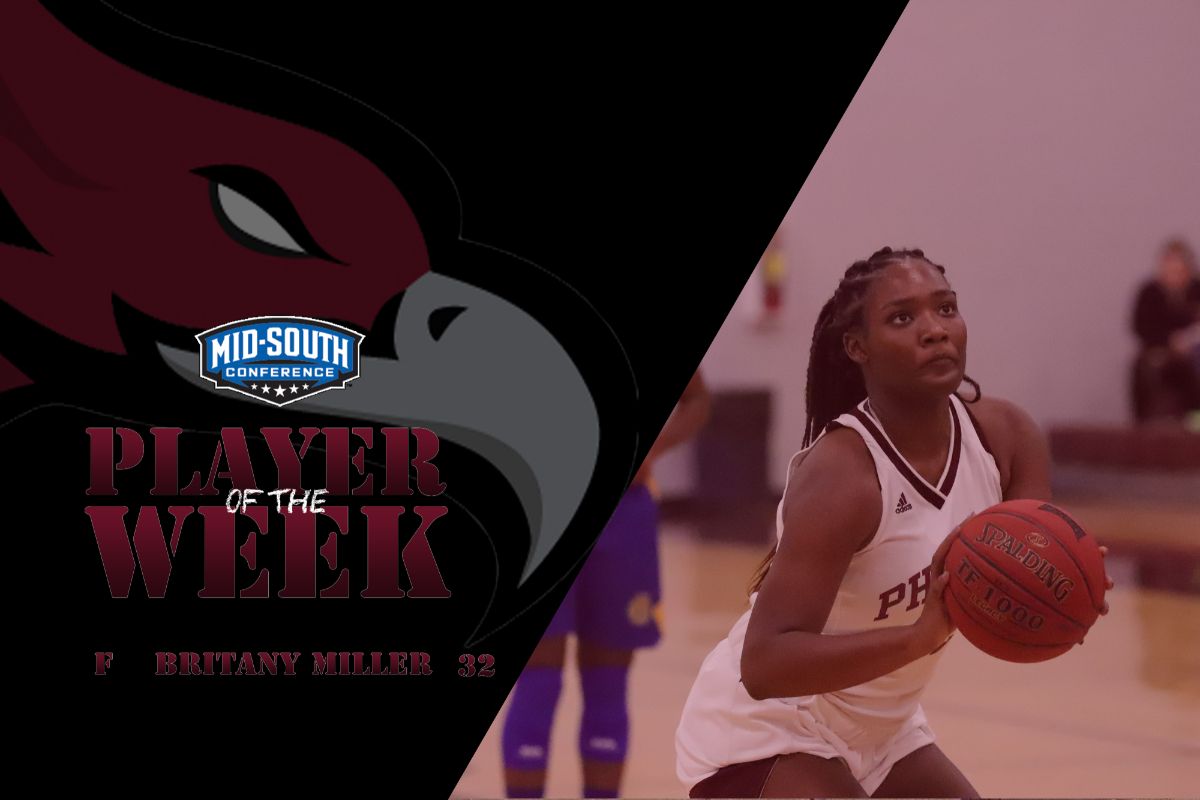 The Nashville, Tenn., native put up double digit points and rebounds in three Phoenix victories at home this week. She netted 15 points on 6-of-11 shooting versus Fisk with 10 rebounds and 14 points and a game-high 12 rebounds in a 20 point win against Voorhees on Friday. On Staurday, Miller had a career day on the glass collecting 17 boards with 14 points to go along with it.

This is Miller's first Mid-South Conference Player of the Week honors and the first by a Cumberland women's basketball player since Kyra Tucker earned it on January 1, 2018.

Miller has started in all 8 games for the Phoenix and is averaging 11.0 points/game and is leading the team with 8.9 rebounds/game.

Cumberland is back at home tomorrow at 6 p.m. to take on Martin Methodist University.