0,
Portsmouth, OH
Attendance: 0
Recap Boxscore
No. 7 Shawnee State pulls away from the Phoenix in the second half, 77-69 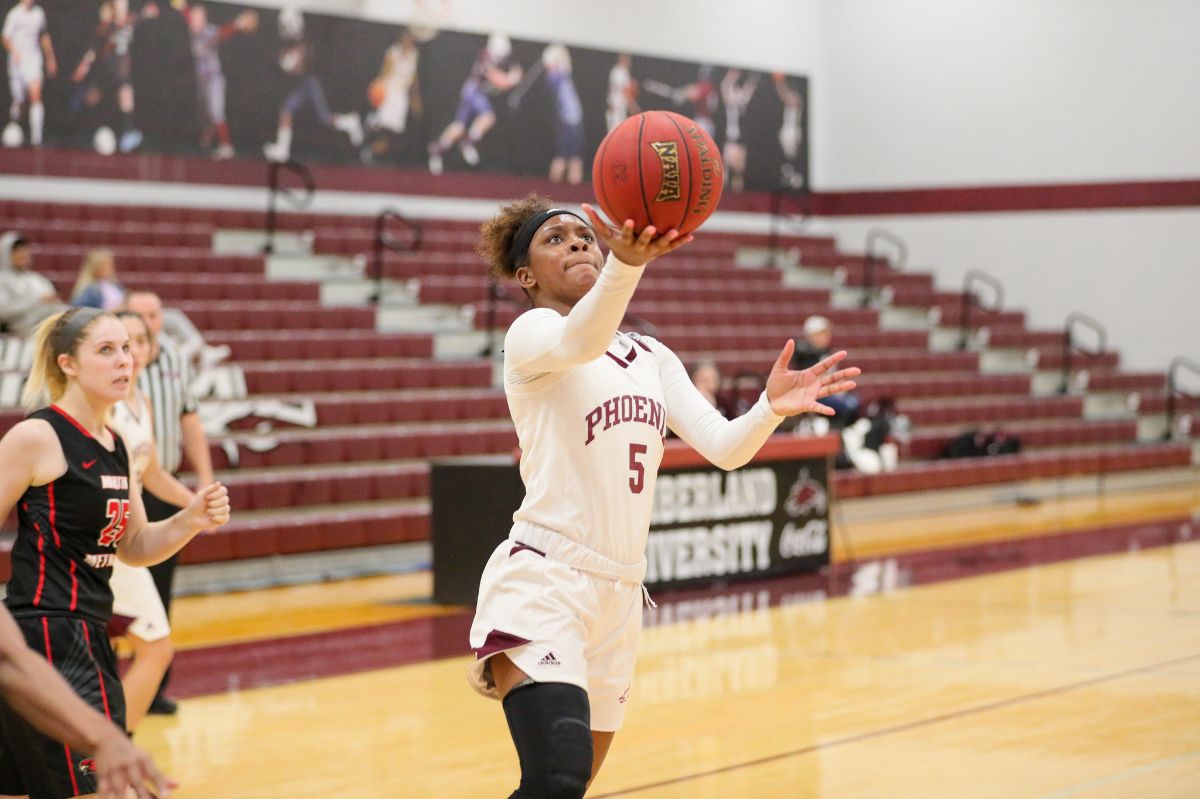 PORTSMOUTH, Ohio- No. 7 Shawnee State pulls away from Cumberland in the fourth quarter for a 77-69 victory in Portsmouth, Ohio.

Cumberland hung with the No. 7 team in the nation and held the Bears to 77 points, Shawnee State is 2nd in the nation in points per game. The Phoenix shot 47% from the field and 42% from three, but committed 26 turnovers and allowed Shawnee State to have 17 offensive rebounds.

Shawnee State started off the game slow, shooting 29% in the first half and slung 18 threes, but only landed four of the attempts. In the second half, the Bears switched to a full court press and caused the Phoenix to turnover the ball and sparked a Shawnee State run in the fourth quarter.

Bailey Cummins did it all for the Bears posting 23 points, 10 assists, seven rebounds and seven steals. Brandie Snow also posted 10 points and was one rebound shy of a double-double and Evelyn Oktavec hit three three pointers and finished with 11 points on the game.

Kerrice Watson finds Brittany Miller under the basket for an easy lay-up for the first points of the game. Gracie Johnson dished it to Watson on the backdoor cut to ties the game at 5-5. Sydney King stole it from Johnson by halfcourt, but Miller had a great recovery to force to tough shots, both resulting in misses before Bree Thibeault secured the rebound. Johnson immediately went down and made up for her mistake by hitting a tough contested jumper just outside the lane. Pittman hits a three from the left wing and hits another three from the left corner 21-15 for the last points of the quarter by either team.

Devon Burns hit a jumper all alone at the free throw line 23-17. The senior Katherine Griffith in her first game of the season hits on a lay up and Abby Morgan fights through a Shawnee State body under the rim to connect on the lay up. The short spurt brought Cumberland back within two points before the halfway point in 2nd quarter. Trouten hits a three from the top of the key, but Shawnee State’s Evelyn Oktavec answers. Morgan comes back with another three as the threes started to fly in Waller Gymnasium.  Carson Roney for the Bears pulls a three from the right wing at the buzzer and connects. Shawnee State leads at intermission 38-32.

Trouten got the Phoenix on the board with a spin move down low followed by a lay in. Griffith followed with a strong move down low for two points and a block on the Bears next possession. Waston connected on a three after the ball rattled around the floor for the moment to bring it back to a two point game, Bears lead 41-39. Shawnee State dialed up the pressure with the full court press and forced CU into three turnovers sparking a run for the Bears. Burns hit another jumper from the free throw line to stop the pressure temporarily, Shawnee State leads 53-45 heading into the fourth.

Trouten opens it up with a three from the left wing. Gracie Johnson comes up with a steal at the Shwanee State logo and Watson collects the loose ball and lays it in. After a five point spurt by the Bears, Trouten hits on another three, this one from the right wing. Bailey Cummings comes back with a three of her own for Shawnee State and the Bears went on to take control of the game for good.

The Phoenix go from Portsmouth, Ohio to Pikeville, Kentucky to play the University of Pikeville on Saturday at 1 p.m. central time.