University of the Cumberland at Cumberland University | January 09, 2020
BoxscorePlay-by-Play1st Half2nd Half

University of the Cumberland 72 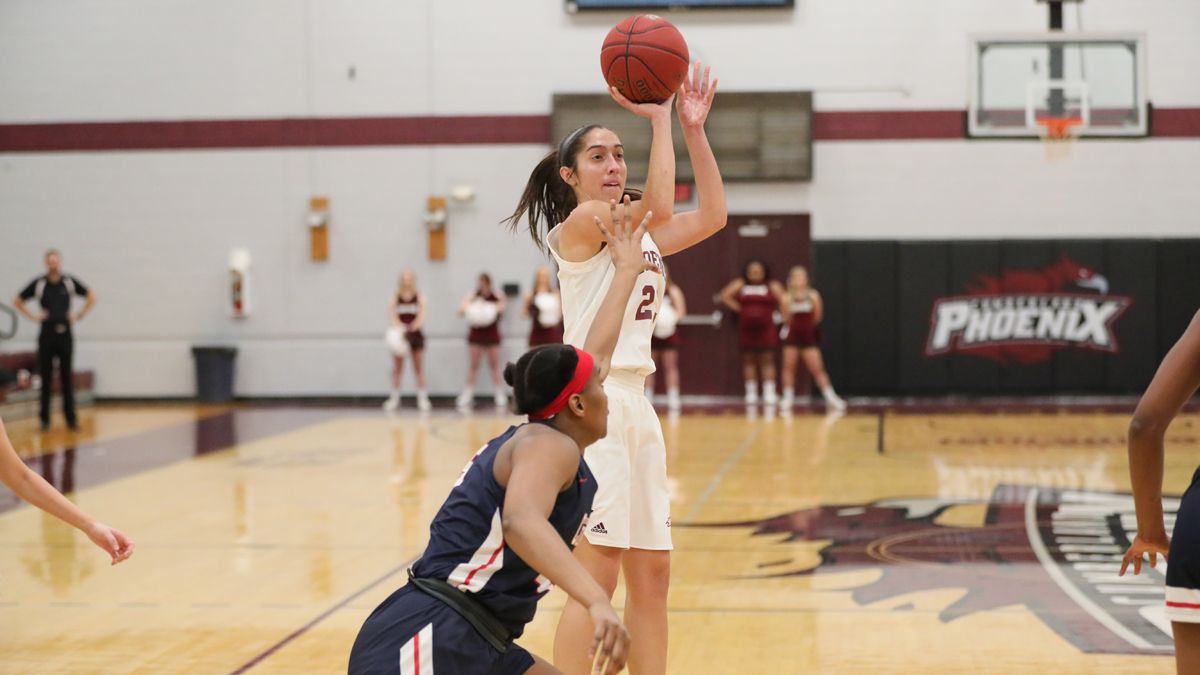 LEBANON, Tenn.-- The Phoenix recorded a season high 17 steals, a shocking seven of which came in the first quarter, but cold shooting down the stretch cost them a 72-61 loss at home against conference foe University of the Cumberlands Thursday night.

Cumberland (5-10, 0-5 MSC) had no trouble forcing University of the Cumberlands (14-2, 2-1 MSC) into issues as they turned the ball over 28 times, but the Phoenix were greatly outdone on the glass, the Patriots collecting 51 rebounds to Cumberland’s 25.

Only two Cumberland (Tenn.) players broke into double-digit scoring on the night, Mackenzie Trouten leading the way with 15 points as well as four boards and two assists in her 30 minutes of play. Kerrice Watson posted 11 points despite having an off night from behind the arc.

UC’s Silvia Veloso recorded a double-double, leading all players with 22 points in addition to 10 steals. Hannah Lawson and Vilma Covane tied at 11 points, Covane also garnering a double-double with 11 rebounds.

Both teams struggled to find the basket over the first two and a half minutes of play, but for very different reasons. The Phoenix started the game 0-6 from the field, while the Patriots were unable to get up a single shot, Cumberland (Tenn.) smothering them defensively to force five turnovers. By the end of the first quarter, Cumberland (Tenn.) grabbed seven steals over the course of the period; the most the team has recorded under Coach Blum.

The first score of the game came off the hands of Ashlyn Pittman, taking a steal the other way for a short jumper at the 7:31 mark. Following a Trouten score, Gracie Johnson stole the Patriots inbounds quickly turning that miscue into a Cumberland (Tenn.) score on a short range jumper to retake the lead 8-7 just past the halfway point of the first. Lucy Chilcutt knocked down a three from dead on with little more than a minute remaining in the first, but the Patriot’s smart shooting (9-13 FG, 3-3 3FG) saw them take a 21-13 advantage into the second.

Katherine Griffith got things started quickly in the second, breaking towards the goal and drawing a foul for the three point play while making a physical layup. The Patriot’s Veloso pushed her team’s lead to 27-16 with 8:54 left in the half, but it would stand as their last shot made from the floor until the final five seconds till the break.

Trouten closed the score back into the single-digits with a three from the top of the arc at 27-20 with 5:36 remaining. The Phoenix continued to gather momentum as Pittman recorded a steal that turned into a quick transition layup by Johnson, Cumberland (Tenn.) pulling within a single score at 27-25. The Phoenix retook the lead on the next possession, Watson nailing a deep ball from the far right wing, 28-27. The lead extended to 31-27 when just over 30 seconds later Pittman made a strong move to the basket to draw a foul and another Phoenix three point play to cap off a 15-0 run. After making a couple shots from the charity stripe, UC took back the lead 33-31 with a last second three, sending the teams to the locker room.

The Phoenix jumped out of the gates in the third, Watson snaking her way into the lane for a bucket which was quickly followed by another after Johnson stole the ball and passed it to her, 35-33. Cumberland (Tenn.)lost its at 43-41 after two consecutive turnovers turned into back-to-back buckets for the Patriots. Cumberlands (Ky.) turned that momentum into a 15-0 run of their own over a four minute stretch. Watson ended the scoreless streak with a layup as Cumberland (Tenn.) was down 51-43. The Phoenix drew up a good play to end the quarter, splitting Cumberlands (Ky.) defensive set as Burns assisted Johnson on a layup with time expiring, trailing the Patriots 53-47.

Cumberlands (Ky.) pulled out to a seven point lead, 60-53, with 6:26 left in the game, but a Phoenix scoring burst got them right back in the mix. Trouten made back-to-back shots in the paint, followed by Abby Morgan poking out a ball at midcourt that Trouten gathered and passed down to an unguarded Devon Burns under the basket for the easy bucket, Cumberlands (Ky.) leading 60-59. Cumberland went cold over the final three minutes, missing all of its shots, the Patriots pulling away for a 72-61 victory.

Cumberland (Tenn.) is on the road for its next three games, the next competition coming a week from today at No. 21 Thomas More University.