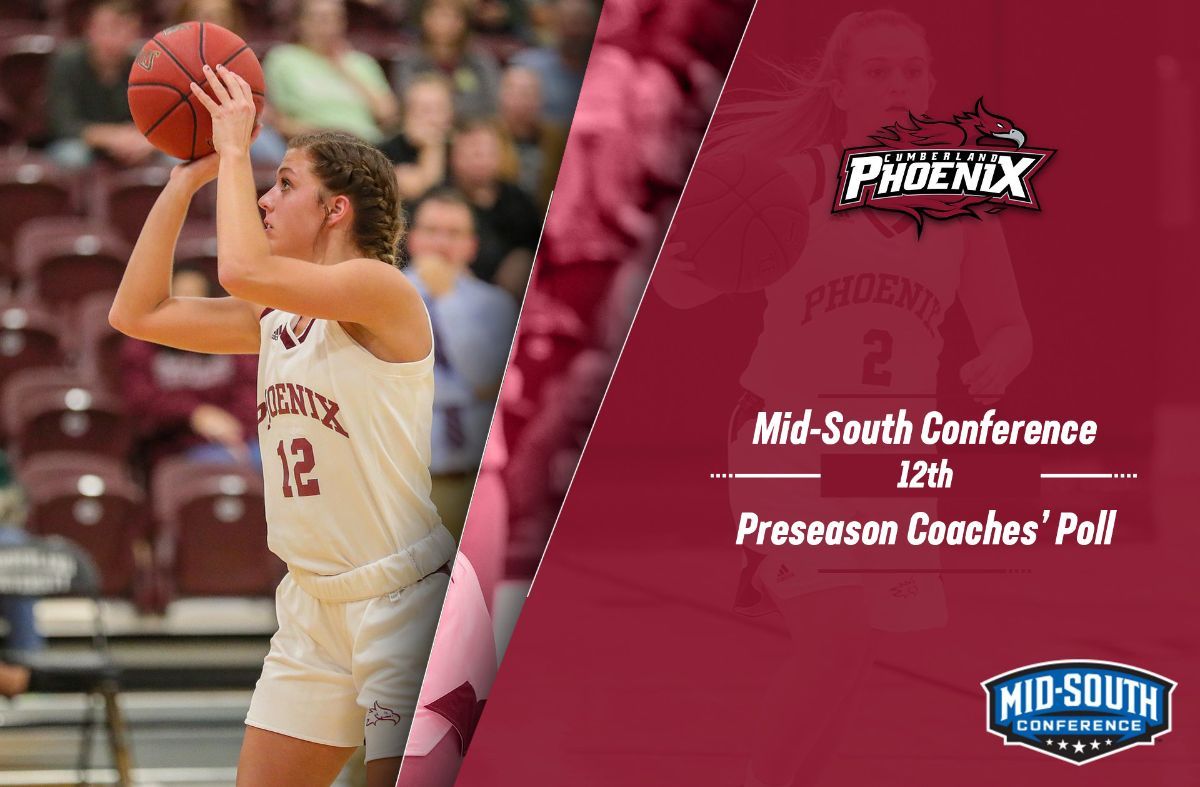 The preseason poll is comprised of votes from conference coaches in which they were not allowed to vote for their respective teams.

The University of the Cumberlands gathered 59 points to come in ranked seventh. The final conference newcomer Martin Methodist University garnered 52 voting points in the poll.

The 2020 Mid-South Conference Women’s Basketball Championship will tip-off on February 26 and end on March 1 at Bowling Green High School in Bowling Green, Ky.

The Phoenix tip off their season with a Mid-South Conference matchup on the road against Bethel University on October 8 in McKenzie, Tennessee.