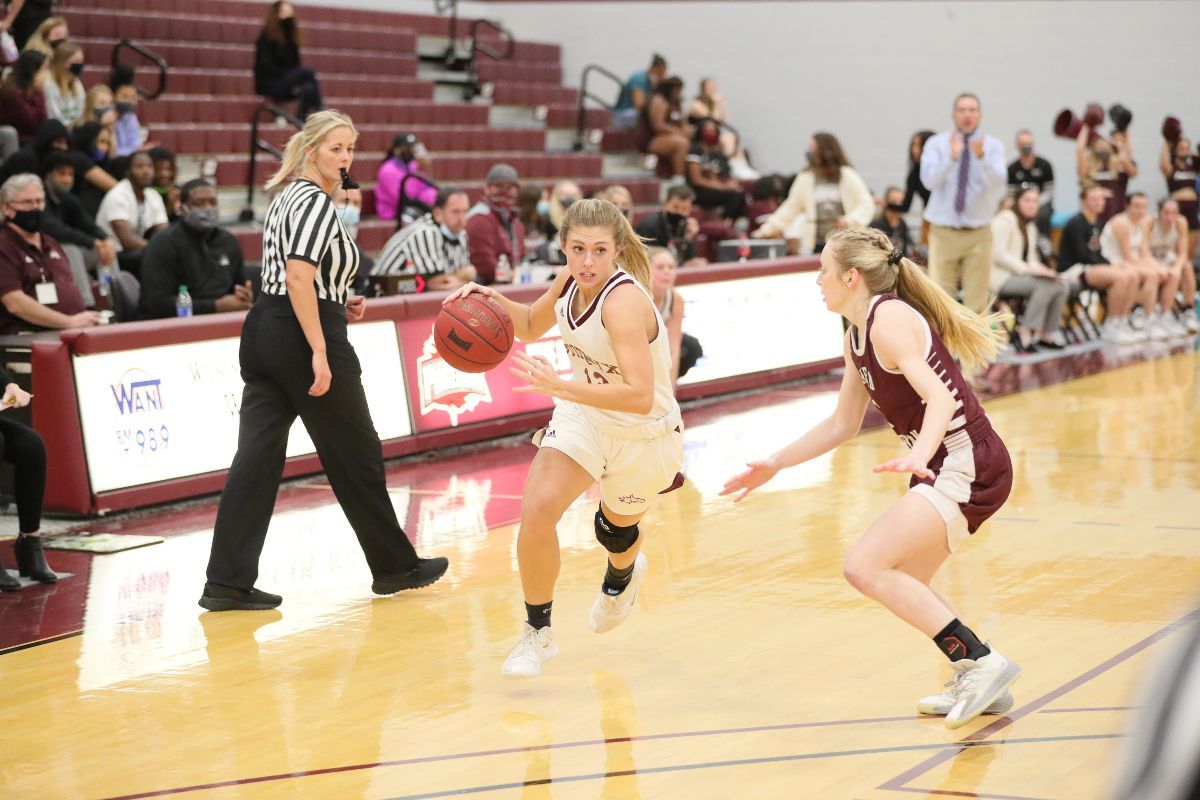 LEBANON, Tenn.- Ashlyn Pittman tied her career-high with 18 points, and Lindsey Freeman and Britany Miller each posted 15 points, but Lindsey Wilson proved to be too much for Cumberland winning 84-69.

Cumberland (1-1, 1-1 MSC) shot 37.5% from the field on 24-64 shots from the field. The Phoenix struggled beyond the three-point line connecting on just four triple attempts, but shot very efficiently from the free-throw line, going 17-for-21.

Pittman tied her career-best going 5-of-11 from the field in 24 minutes of action. Miller nearly posted her first double-double of the season with 15 points and nine rebounds, and Freeman continued her hot start to her career with 15 points.

Lindsey Wilson (7-1, 2-1 MSC) shot 42.1% from the field and 50% from three draining 10 in the game. The Blue Raiders were able to get to the foul line early and often while going 26-of-30. Bree Glover went for 20 points and 12 rebounds and Sydnie Hall matched her with 20 points. Raegan Turner scored 18 points and added six rebounds and six assists.

Lindsey Freeman started the game with back to back blocks to set up a Miller two-pointer and two free throws from Pittman, but two straight three balls from Oldham gave the Blue Raiders the lead.

Blue Raiders took that momentum and turned it into a 14-0 run before Eubank finally got Cumberland back on the scoreboard after a five-minute scoring drought. Freeman followed with a bucket and Miller sent a ball back from Turner before converting on a three-point play, Cumberland trailed 17-11 at the end of the first.

Lindsey Wilson started the second quarter on an 8-0 run. Miller scored on a tough turn around post-move to put Cumberland in the box score that quarter. Pittman hit a three from the right corner and added two from the line. The Phoenix forced Lindsey Wilson into some foul trouble at the end of the half and clawed to a 14-point deficit trailing 40-26.

The Blue Raiders came out of halftime with a 16-0 run and held a commanding lead for the remainder of the game. Goehring scored the first points of the second half for Cumberland from the line after the second five-minute drought of the game for CU and Eubank hit a tough layup. Morgan added two points in the final seconds of the third quarter, Blue Raiders led 67-39 entering the fourth.

Cumberland showed a lot of fight in the third going on their biggest run of the game, 12-2 in the first two minutes of the fourth. Trouten scored her first points of the night from three and Freeman scored five straight points, four from the free-throw line during the run, but Lindsey Wilson came out of their slump to finish the game, winning 84-62.

Cumberland was originally scheduled to play Thomas More this Saturday, but that game has been postponed. Keep an eye out on the Cumberland website and social media pages for updates on the make-up games.