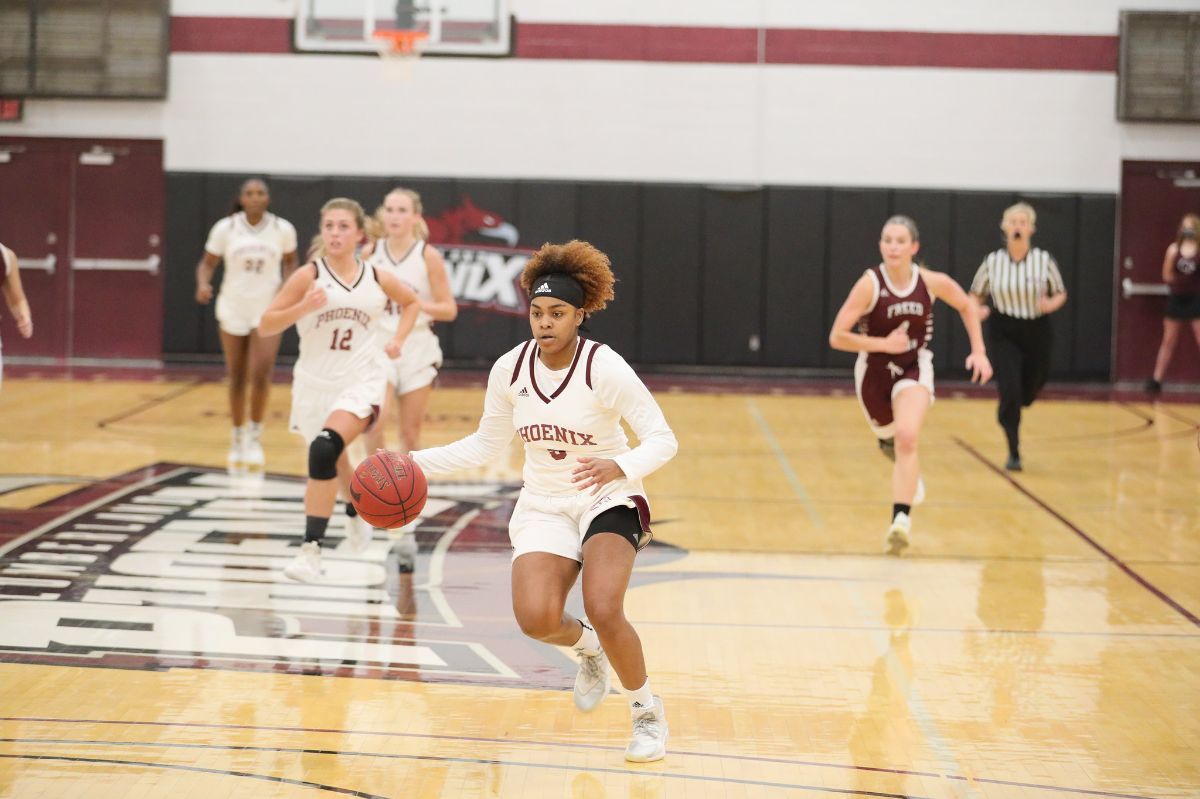 PULASKI, Tenn.--Sydnie Ward hit a three to give Cumberland a two-point lead with 1:29 to play, but Martin Methodist Faith Sherrow answered with a three of her own on the next possession. The triple sparked the RedHawks and allowed them to close the game on a 10-0 run in the final minute winning 75-67 in women's basketball action Saturday afternoon.

Cumberland (2-4, 1-4 MSC) and Martin Methodist fought tooth and nail in the second half featuring three ties and three lead changes. Basketball is known as a game of runs and this game was truly that down the stretch after a tie heading into the fourth quarter.

Martin Methodist (3-3, 2-3 MSC) did not shoot as efficiently as Cumberland going 25-of-67 from the field, but the RedHawks made up the difference at the free throw line scoring 18 points from the charity stripe. Most of the damage for Martin Methodist came from Faith Sherrow who scored a game-high 30 points in the win. The rest of the MMC starting lineup combined for 23 points, but point guard Taylor McNairy dished out eight assists and forward Lauren Pickett had 14 rebounds.

Ward scored the first points of the game with a three. Eubank and Pittman each hit a jumper, but Cumberland trailed Martin Methodist at the halfway point of the first quarter 8-7.

The game remained close throughout the first as Kennedy Powell checked and completed an and-one play and Abby Morgan hit a three, but Martin Methodist still led at the end of the quarter 20-18.

RedHawks started the second quarter with a 8-0 run, but five points from Eubank and four points from Gracie Johnson in the first five minutes of the second period to cut it to 31-27 and they maintained that lead all the way to the half at 38-33.

Cumberland fought all the way back to tie it at 40-40, but a 4-0 spurt by the RedHawks before the media timeout gave MMC a 44-40 advantage with 4:34 left in the third quarter.

The Phoenix took the lead at 48-46 after a Eubank three pointer, but the lead was not held long after five straight points for the RedHawks. Ward and Miller each hit free throws to tie it at 51-51 at the end of the third quarter.

The Phoenix recaptured the lead after Miller scored four points in the paint on back-to-back possessions and Mackenzie Trouten hit a jumper inside the arc to go up 58-53 with 6:57 remaining. The RedHawks answered with a 7-0 run ended by two Trouten free throws to retie the game at 60-60.

After a timeout with two minutes to play, Ward stepped up and led the Phoenix on a 5-0 run including the clutch three to take the lead with 1:29 remaining, but from there on out it was all Martin Methodist, closing the game on a 10-0 run, winning 75-67.

Cumberland will return home on Monday to play Thomas More at 1 p.m.