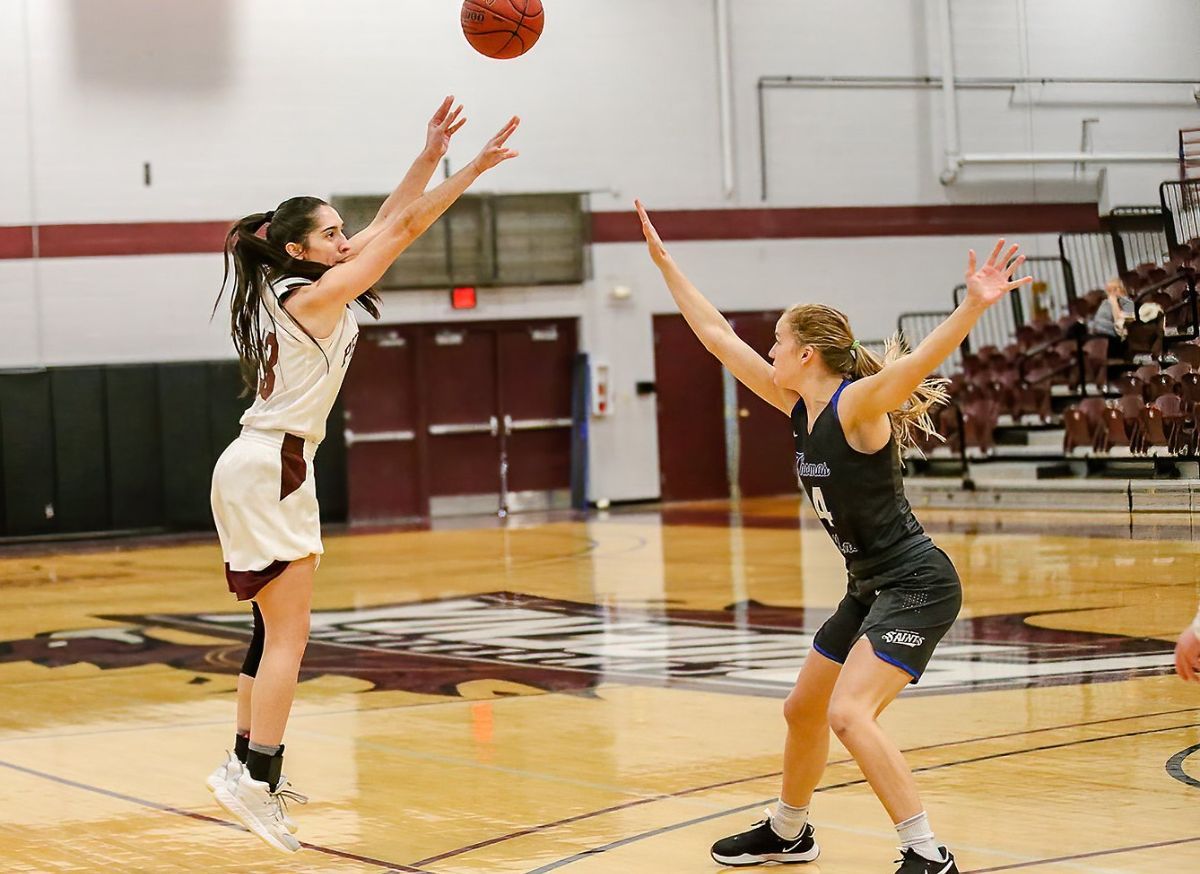 Mackenzie Trouten (23) shoots a three over in a matchup against Thomas More
Cumberland (Tenn.) at Thomas More (Ky.) | 0,

The smothering defense of the Saints held the Phoenix to only eight shots in the first quarter. The defensive play caused the Cumberland women to turn the ball over frequently.

However, in the second quarter, Cumberland found some offense from experienced guard’s Mackenzie Trouten and Sydnie Ward as the duo launched back to back threes to cut the Thomas More lead down to five points at 22-17.

Lebanon, Tenn. native Ashlyn Pittman got to the line on sequential possessions and hit all of her free throws to make the score 24-22 with three and a half minutes to play in the half

Sophomore guard Gracie Johnson then took things into her own hands with a nice cut into the lane and finished with the layup to knot the score up at 24.

An and-one layup from Summer Secrist put the Saints ahead of the Phoenix 27-24 at the end of the half.

The Saints came out of the half shooting the ball extremely well by going on a 19-3 run over the Phoenix. The run brought their lead to 45-29 at the halfway mark of the quarter. Thomas More’s offense continued their hot shooting to a 61-36 lead to end the third quarter.

The Phoenix struggled from the field, shooting 32 percent in the 76-51 loss, while the Saints had a field goal percentage of almost 50 percent. Cumberland was also outrebounded 37-22 on the night.

Leading the way for the Saints in scoring was Emily Simon with 13 points, six rebounds, and three assists. Fellow teammate Kenzie Schwarber also had 13 points and contributed five rebounds in the effort.

The Cumberland Women next take the court on the road in Portsmith, Ohio Jan. 23 at 12:30 pm against ninth-ranked Shawnee State.