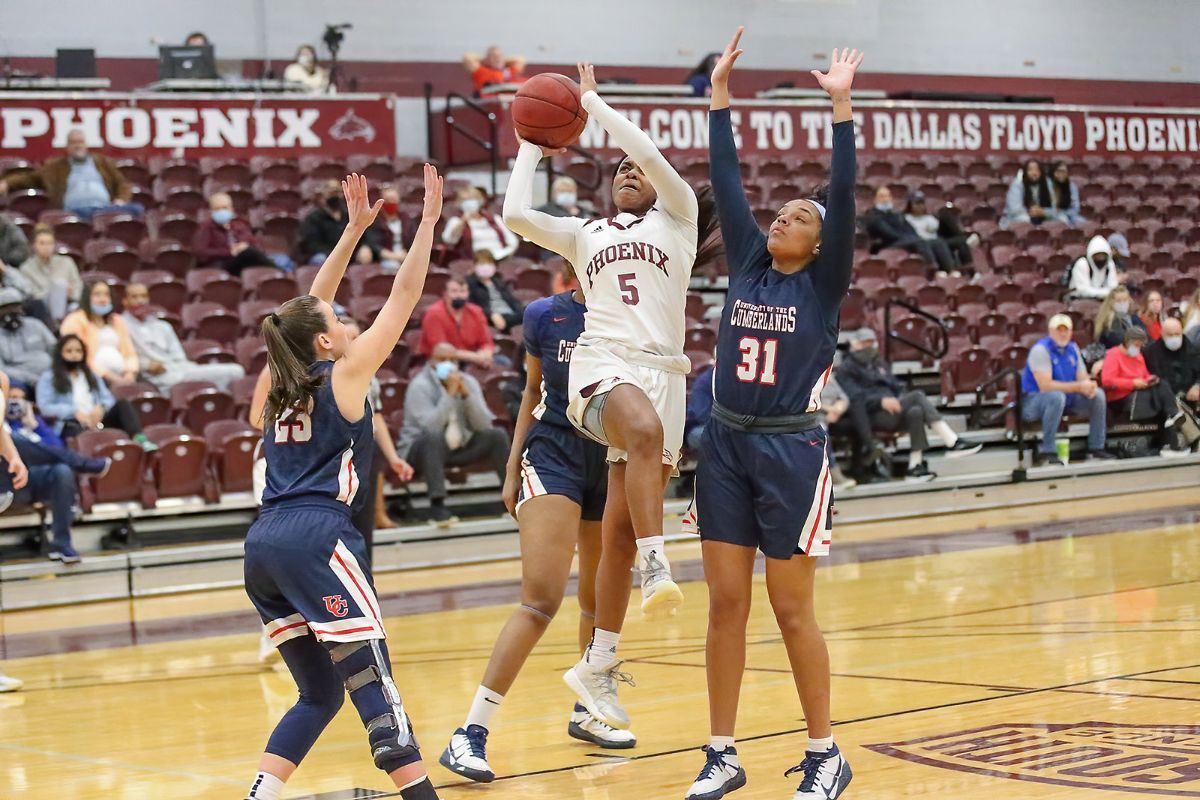 The Phoenix (2-9, 1-9 MSC) came out in the first quarter and controlled the glass and shot efficiently in the first quarter battling to a 14-12 lead after Miller scored two points. Shawnee State (14-3, 8-3 MSC) did not let up offensively all game, Brandie Snow helped retake the lead in the first quarter with a two and a couple of free throws. Holland did the rest scoring six points for SSU in the last two minutes of the first, but Abby Morgan and Mackenzie Trouten each scored a bucket in the final seconds to cut the deficit to 23-20.

Cumberland jumped out in front of Shawnee State with a jumper from Ashlyn Pittman and back-to-back three-pointers from Ward to finish an 8-0 run and give the Phoenix a 28-23 advantage with 8:17 left in the first half. After a Miller two pointer, Shawnee State's defense held Cumberland scoreless for the next five minutes allowing the Bears to go on a 9-0 run and Shawnee State never looked back.

The Bears closed the final two minutes of the second quarter on a 9-3 run to get up by 10 at the intermission, 43-33.

Shawnee State went on fire at the start of the second-half, connecting on seven triples, but give Cumberland a lot of credit for fighting and scoring 21 third quarter points to keep it to a 17-point deficit, SSU led 71-54.

Cumberland never got closer than nine the rest of the way, as both teams would trade blows in the fourth quarter scoring 21 a piece for a 92-75 win for Shawnee State.

Cumberland shot 42% from the field and hit nione triples, four from Ward and four from Eubank. The Phoenix had a good day in the turnover margin forcing the Bears into 20 turnovers and only turning it over 12 times themselves. Cumberland took significantly more shots this game than they have in a while taking 69 shots from the field.

Shawnee State went 50.8% from the field and 55.0% from three knocking down 11 triples on the game. The Bears dominated the glass out rebounding CU 44-25 and shared the ball around with 23 assists. The Bears got 39 points off the bench and saw four players reach double-figure scoring.

Cumberland returns to Mid-South Conference play on Monday, heading to McKenzie, Tennessee for a match-up with Bethel University.