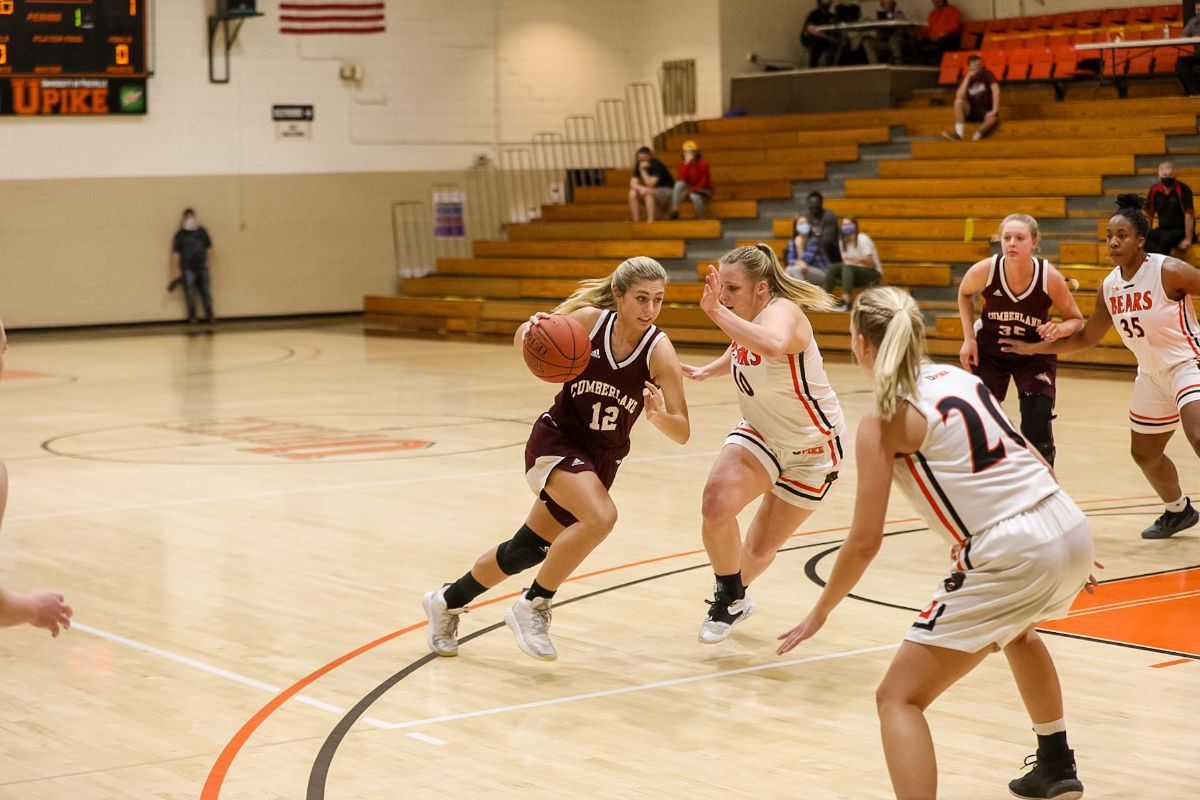 PIKEVILLE, Ky.--Cumberland women's basketball held a fourth-quarter lead but fell down the stretch in the Mid-South Conference Opening Round loss against Pikeville, 63-60, to end their season.

Pikeville (14-8) went 19-of-60 (31.7%) from the floor, but made seven three-pointers and got to the line 25 times to make the difference. Pikeville also dished out 12 assists and had five steals and three blocks.

The Bears continued to control the lead early in the second quarter, advancing to their largest lead of the game at seven points getting up to 22-15. Abby Morgan and Ashlyn Pittman scored four and three points over a 7-0 spurt to tie the game at 22-22. Pikeville closed the quarter on a 7-3 run to hold a 29-25 lead.

The Phoenix opened the second half with a 10-0 run as Morgan scored eight points to get up 35-29. Cumberland would hold onto the lead throughout the quarter and got up by as much as eight points 39-31, but Cumberland's offense stalled out with five minutes left in the quarter allowing the Bears to close the gap with an 8-0 run. After a triple from the Bears, Lucy Chillcut drained a three to give the Phoenix a 44-41 lead headed to the fourth.

Cumberland's offense continued struggling from the field early in the fourth quarter allowing Pikeville to regain the lead with five minutes to play. Both teams would trade blows until Lindsey Freeman sank two free throws and Morgan drained a three to tie it at 56-56 with 1:30.

Zaria Hollier hit a two in the lane and Sierra Feltner added one from the free-throw line to put Pikeville up by three. Lindsey Freeman sank two free throws to cut it to 59-58 with 15 seconds left, but Mary Englert sank four free-throws in the closing moments to close the game.