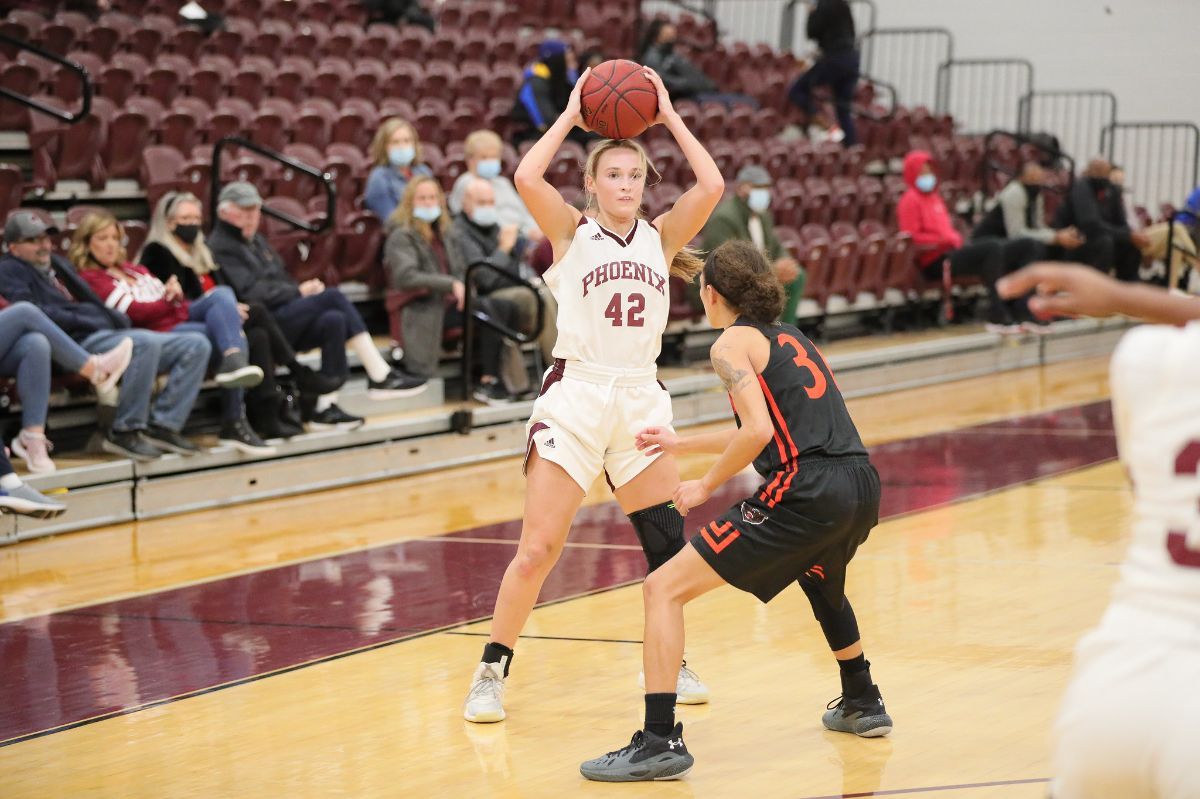 After the first two minutes of the game, Cumberland saw themselves up 7-5 after a layup from Tierra Davis. A three-pointer from Jana-Claire Swafford grew the Phoenix lead to 12-5.

The Phoenix defense in the first quarter was aggressive, allowing only 12 points from Faulkner as they led 19-12.
CU's offense struggled to begin the second quarter as their first points came with just over six minutes to play in the second quarter on free throws from Swafford to lead by six, 21-15.

Cumberland only managed six points the rest of the quarter as they went into the half with Faulkner tied up 27-27. The Eagles had a better shooting percentage in the first half as they shot 41.7% (10/24) from the field, and the Phoenix shot 25% (8/32). Lindsey Freeman led the Phoenix in scoring with seven points as the team went into the break.

The Eagles came out of the break shooting the ball extremely well, jumping out to a 38-31 lead with seven minutes in the third. Cumberland continued to battle and closed the gap with Faulkner. After a layup from Abby Morgan at the end of the third, the two teams were tied up at 44 heading to the fourth.

With seven minutes left in the fourth, Tyra Johnson hit a nice mid-range jumper to reclaim the Phoenix lead 50-49.

The Phoenix were down ten with four minutes to play but roared back in two minutes to tie the game back up at 65-65. Keara Sexton had five points in the run.

Down 73-71 with four seconds to play, Keara Sexton got fouled and went to the line, where she hit both of her free throws to force overtime.

The overtime period was very contested. It was a back-and-forth affair between the two teams with no team ever taking over the period. The game ended in an 83-80 Overtime win for Faulkner after a Tyra Johnson three-point attempt rimmed out to seal it.

Individually for the Phoenix, Keara Sexton led the team with 19 points and six rebounds. Tyra Johnson and Lindsey Freeman were the other Cumberland players in double figures with 15 and 13 points, respectively.

The Phoenix are back at it again tomorrow in the Freed Hardeman Classic against Williams Baptist University at noon.