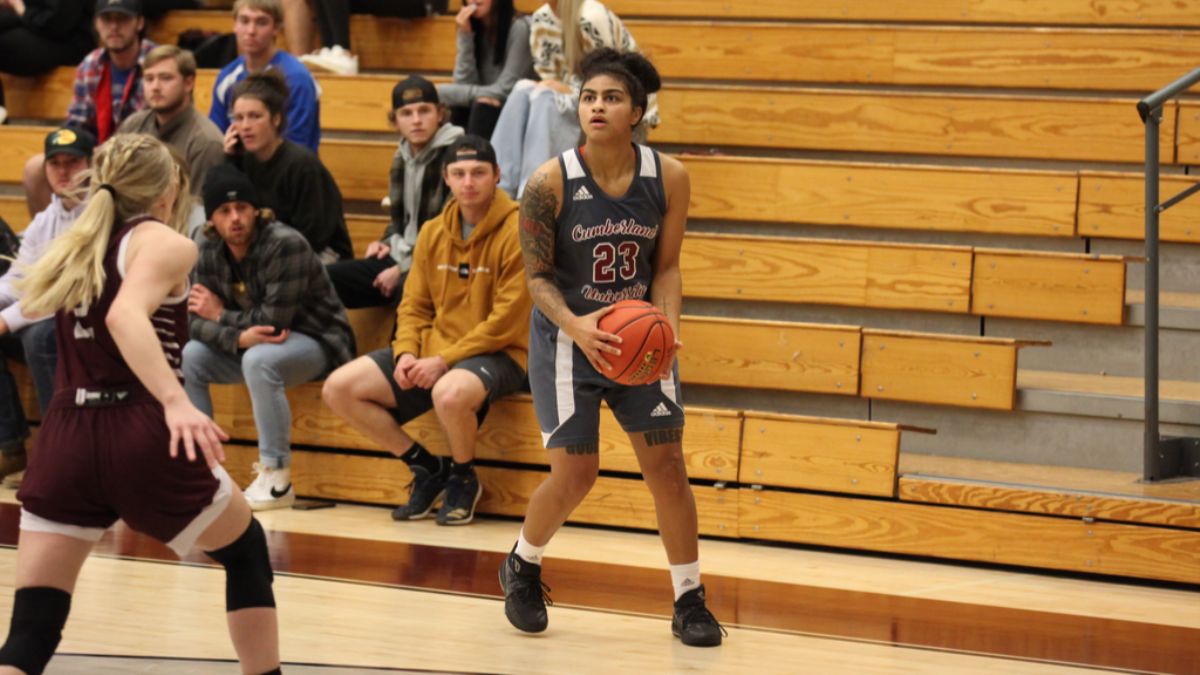 HENDERSON, Tenn.--Tyra Johnson posts 30 points in a tough conference loss on the road against Freed-Hardeman at the FHU Sports Center on Thursday evening.

Johnson scored 30 points on 11-of-26 shooting and 7-of-16 from beyond the arc. She is the first Cumberland women's basketball player to score 30 points in a game since Nicole Bowers in 2016 at Talladega.

The Lions were led by Alyssa Lemay with a 20 point, 10 rebound double-double. Caroline Chambers scored 19 points and seven rebounds and Chyna Brooks scored 10 points with five rebounds and four steals.

After Freed-Hardeman scored the first bucket of the game in the paint, Cumberland ran seven straight points on the board as Swafford made two baskets and Powell scored in the paint. The Lions went on an eight-point run of their own to take a 10-7 lead at the first media timeout.

The Phoenix held the Lions to just three points the remaining five minutes of the first quarter to get a 17-13 lead. On the run to close the quarter, Sexton, Morgan, and Freeman each made a bucket and Johnson started to get loose knocking down a jumper and a triple.

In the second quarter, Freed-Hardeman came alive to score 33 points and Johnson buried four three-pointers, but the Phoenix couldn't keep pace with the Lions. Freed-Hardeman worked up a 10-point lead to go into the break with a 46-36 lead.

In the third quarter, both teams traded blows as Johnson started the half with an and-one in the paint. The Lions answered with a jumper from Brooks. After Safford made a jumper, Brooks and Caroline Chambers each hit two-pointer to put the Lions up by 11. Johnson made her seventh three-pointer of the game and Abby Morgan made a left-handed hook shot to cut it to six. The Lions would add two more and take a 60-52 lead into the fourth quarter.

The Lions managed the eight-point lead until Sexton drained a triple from the top of the key and Freeman followed that with back-to-back layups to make it 66-65 with 4:41 to play.

Brooks answered with a 10-foot jumper and a three-point play from Kaylee Odom extend the lead back out to six. Johnson made a leaning floater for her 30th point of the game, but that was close as the Phoenix would get as FHu would hit their free throws down the stretch to win the conference opener 76-66.

Cumberland will be back in action on Saturday in McKenzie, Tennessee against Bethel University. Tip-off is set for 2:00 p.m. central time.